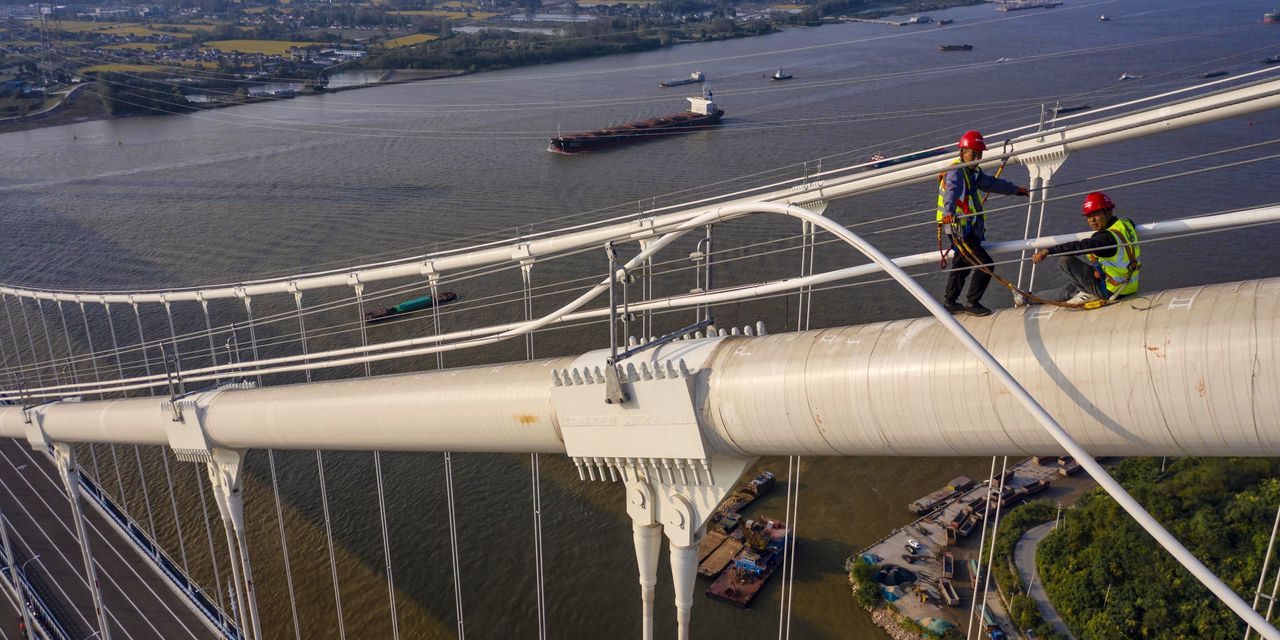 Even China’s staunchest critics express awe at its capacity to build bridges, railways and other infrastructure, feats of engineering made possible by a command-style political system.

President Biden is the latest American leader to invoke China’s accomplishments while pressing Congress to allocate spending for a far-reaching infrastructure program. He says more than $2 trillion to fix bridges and mass transit, modernize airports and refurbish neighborhoods, extend broadband internet coverage and replace lead piping is the cost to “outcompete China.”

Sleek airports, grand stadiums and stylized skylines captivate visitors to China. Infrastructure may be the most tangible—and admired—aspect of a modernization drive that in a generation transformed a poor country into the U.S.’s primary strategic and economic rival.

Donald Trump also entered the presidency highlighting China and pledging to rebuild America. “They have bridges that are so incredible,” Mr. Trump said at a 2016 rally.

“There’s a real China envy,” says Thomas J. Campanella, a historian who specializes in urban planning at Cornell University who used to live in eastern China. “The Chinese seem to be able to do this stuff we used to do.”

Obaidullah Amin made his way last week to the Kabul airport with his wife, Maryam, and their two children, joining thousands of other Afghans … END_OF_DOCUMENT_TOKEN_TO_BE_REPLACED