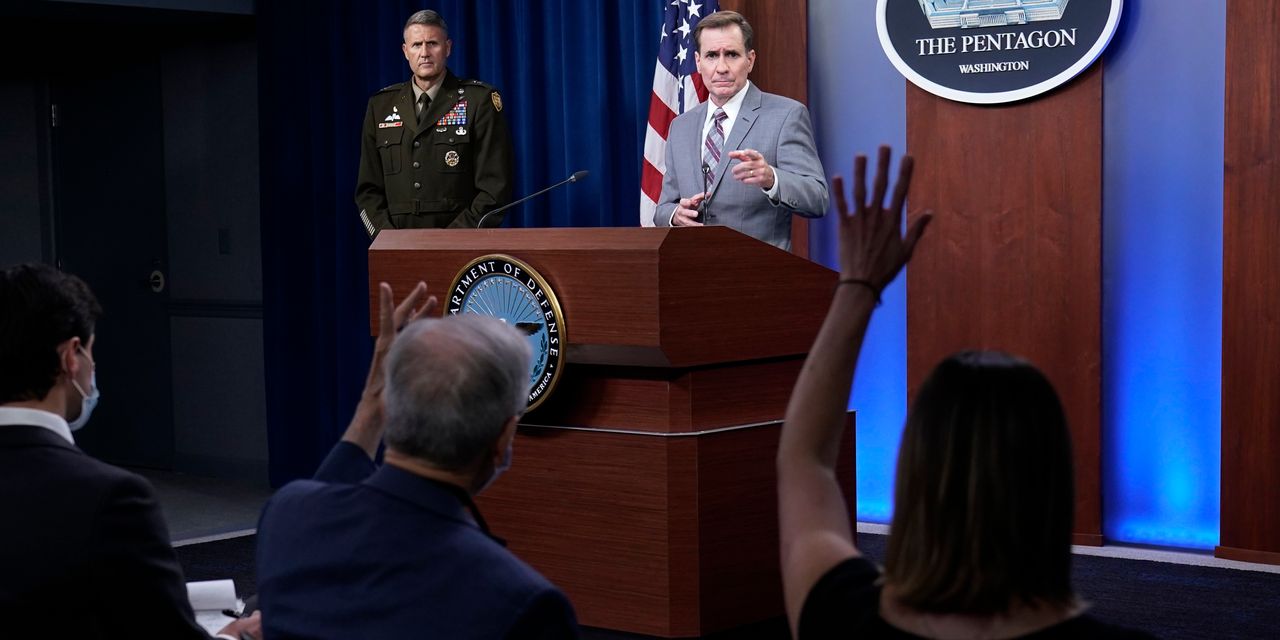 WASHINGTON—The Pentagon used a special Hellfire missile that packs no explosives to strike Islamic State militants in Afghanistan on Saturday in retaliation for a suicide bomb attack at the Kabul airport last week, according to two U.S. officials.

The airstrike, carried out by a Reaper drone flown from the Persian Gulf region, killed two militants associated with the Afghanistan offshoot of the Islamic State extremist group, and injured a third individual.

The Pentagon declined to release the identities of any of the individuals targeted. Islamic State claimed responsibility for the Kabul airport attack that killed 13 American troops and nearly 200 Afghan civilians.

The missile used by the U.S. in the airstrike, called an R9X, is inert. Instead of exploding, the weapon ejects a halo of six large blades stowed inside the skin of the missile, which deploy at the last minute to shred the target of the strike, allowing military commanders to pinpoint their target and reduce the possibility for civilian casualties.

The use of the special Hellfire missile, which inside the military is referred to colloquially as “the flying Ginsu,” recalling the popular knives sold on TV infomercials in the 1970s, hadn’t been disclosed. The weapon also has been dubbed the “ninja bomb.”

Obaidullah Amin made his way last week to the Kabul airport with his wife, Maryam, and their two children, joining thousands of other Afghans … END_OF_DOCUMENT_TOKEN_TO_BE_REPLACED