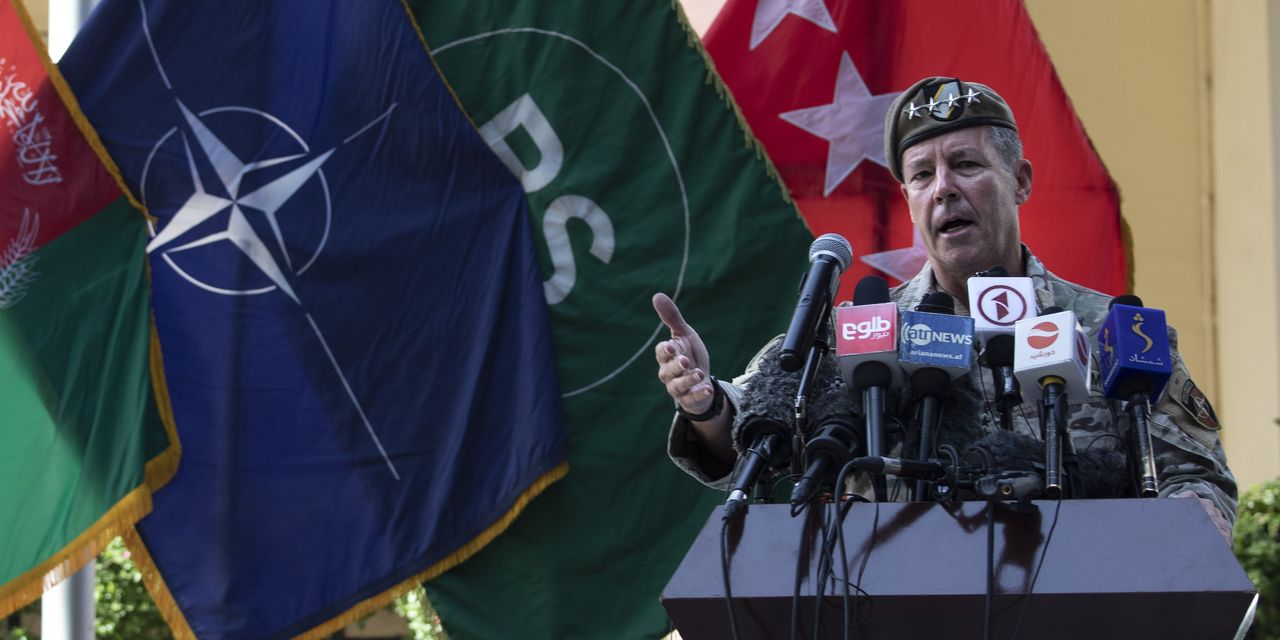 KABUL—The top U.S. commander in Afghanistan stepped down from the post Monday, marking a symbolic end to the American role in the war as Taliban militants continue to rout government forces and take territory across the country.

Army Gen. Scott Miller, the longest serving of all the commanders who have led forces over the nearly 20-year conflict, relinquished command at an event at the military headquarters in Kabul attended by the few U.S. military and other U.S. officials still here.

The military’s role doesn’t technically end until Aug. 31, and will endure past that date indefinitely, albeit in a more limited fashion, officials have said.

The White House is still determining what the U.S. role will be and if and when it would conduct airstrikes to support the Afghan government or strike terrorism targets.

For today, however, Gen. Miller briefly reminded the audience of Afghan government and U.S. officials and the small contingent of U.S. personnel who still remain of the alliance that quickly formed following the attacks of Sept. 11.

Obaidullah Amin made his way last week to the Kabul airport with his wife, Maryam, and their two children, joining thousands of other Afghans … END_OF_DOCUMENT_TOKEN_TO_BE_REPLACED