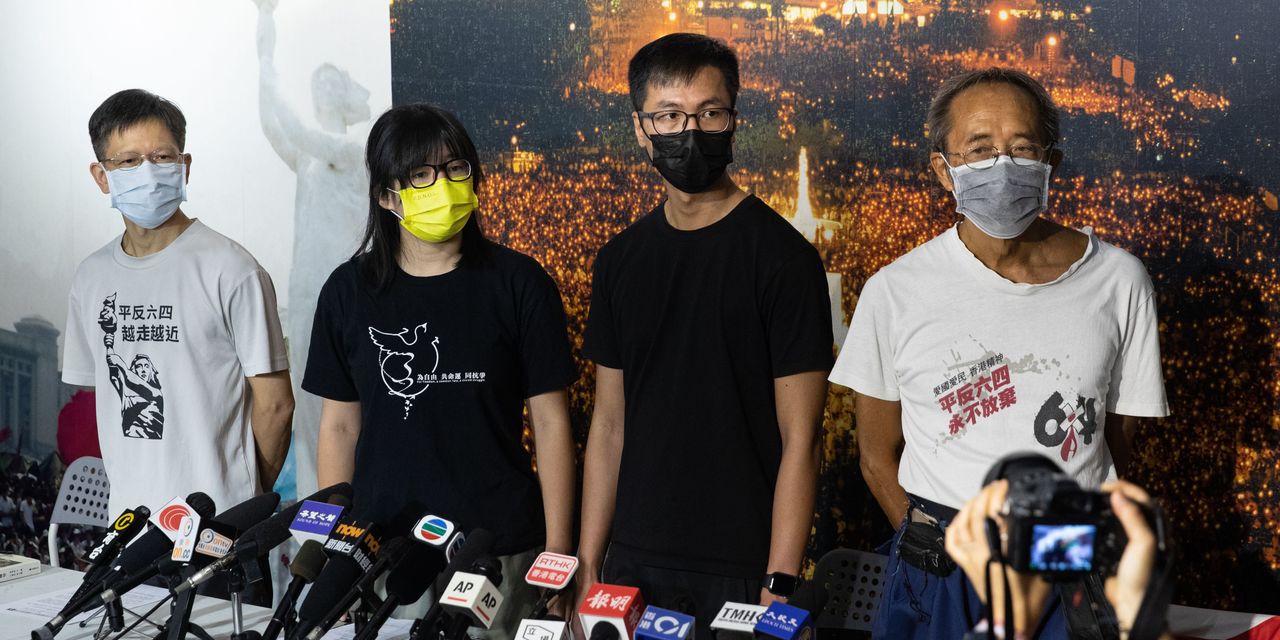 HONG KONG—National-security police arrested four members of the group that for decades organized an annual vigil commemorating the victims of the 1989 Tiananmen Square massacre, the only such mass remembrance on Chinese soil before authorities banned it in 2020 citing pandemic restrictions on gatherings.

Police accused the group, the Hong Kong Alliance, of failing to comply with an order to hand over information as part of an investigation into allegations that the group was acting as a foreign agent. Without naming them, police said three men and a woman, aged between 36 and 57, were arrested Wednesday under the national security law.

A pair of massive wildfires within 150 miles of each other are terrorizing thousands in northern California two years after Gov. Gavin Newsom cut … END_OF_DOCUMENT_TOKEN_TO_BE_REPLACED