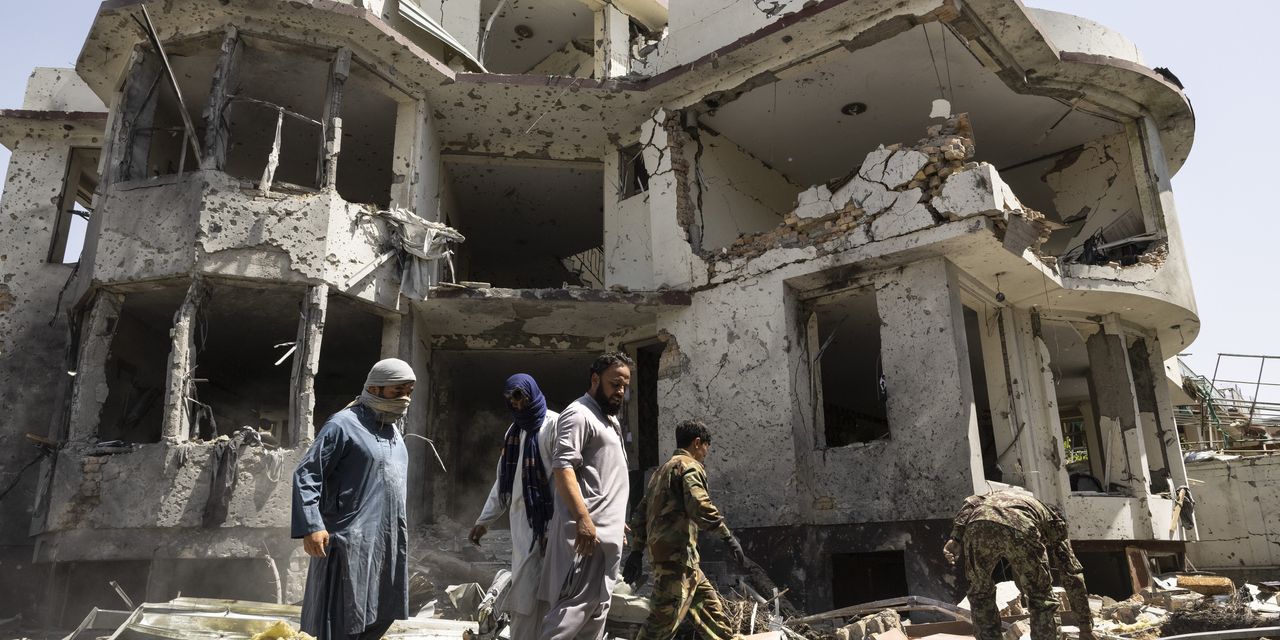 KABUL—The Taliban claimed responsibility for a complex suicide attack targeting the home of Afghanistan’s defense minister that killed eight people and wounded 20, one of the most serious insurgent strikes in the Afghan capital in recent months.

Gen. Bismillah Khan Mohammadi, who took over as minister of defense after the Taliban swept through northern Afghanistan in June, wasn’t at home during Tuesday night’s attack. The ensuing gunbattle between Afghan special forces and Taliban fighters rattled downtown Kabul for several hours.

The attack came as the Taliban have been pressing into provincial capitals around the country. Though the Taliban have fought their way into some of these cities, such as Helmand’s capital of Lashkar Gah, they have been stemmed by heavy U.S. airstrikes and by Afghan special forces flown in as reinforcements.

In a statement released Wednesday, the Taliban called the attack on Gen. Mohammadi’s heavily fortified residence “the beginning of retaliatory operations against the core officials of the Kabul administration.”

Gen. Mohammadi is a former mujahedeen commander with a long record of fighting the Taliban. Hours after Tuesday’s blast, Gen. Mohammadi appeared in a video message confirming that several of his bodyguards had been wounded. “With the mercy of God, neither me nor my family members were hurt in this attack,” Gen. Mohammadi said. “I assure you all, my countrymen, that such incidents will not disrupt my will and morale in defending you and my country.”

Obaidullah Amin made his way last week to the Kabul airport with his wife, Maryam, and their two children, joining thousands of other Afghans … END_OF_DOCUMENT_TOKEN_TO_BE_REPLACED