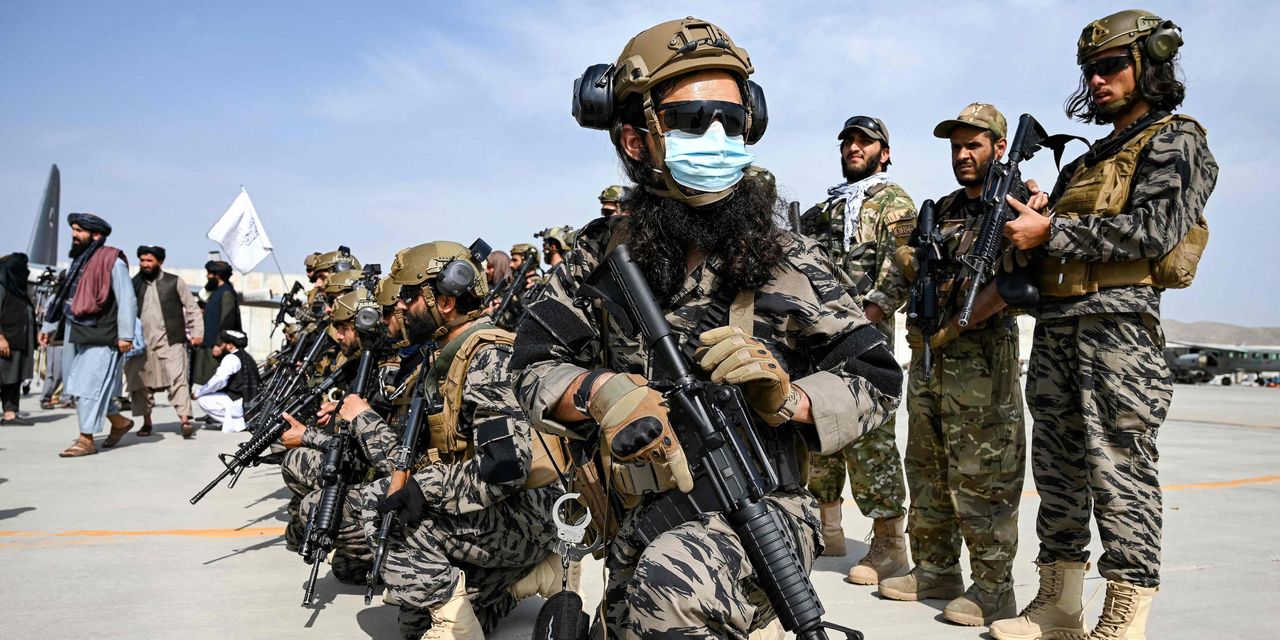 Taliban fighters and their supporters rallied across Afghanistan to celebrate the end of 20 years of foreign military presence on Tuesday, pledging to implement strict Islamic rule as ordinary Afghans, many of them bewildered and scared, grappled with the uncertain future ahead.

Tens of thousands of Afghans still desperately sought to leave the country by overland routes, and many—particularly in Kabul—viewed the new era in Afghanistan’s bloody history with fear and apprehension.

Senior figures in the Islamist movement posed in front of a C-130 transport plane at the Kabul airport, the hub of a chaotic U.S.-led evacuation operation in recent days. Fighters took selfies in the cockpits of Afghan military helicopters that had been disabled and abandoned.

“We hope that Afghanistan will not be invaded again, that it will be rebuilt, remain independent, and that a holy Islamic system will rule,” Taliban spokesman Zabiullah Mujahid said, as uniformed fighters in modern combat gear knelt on the tarmac and chanted “Allahu akbar,” or “God is great.”

Speaking to members of the Taliban’s Badri 313 unit, Mr. Mujahid said: “I praise all your sacrifices, congratulate you all on the great victory, and on achieving independence and freedom for Afghanistan.”

A pair of massive wildfires within 150 miles of each other are terrorizing thousands in northern California two years after Gov. Gavin Newsom cut … END_OF_DOCUMENT_TOKEN_TO_BE_REPLACED