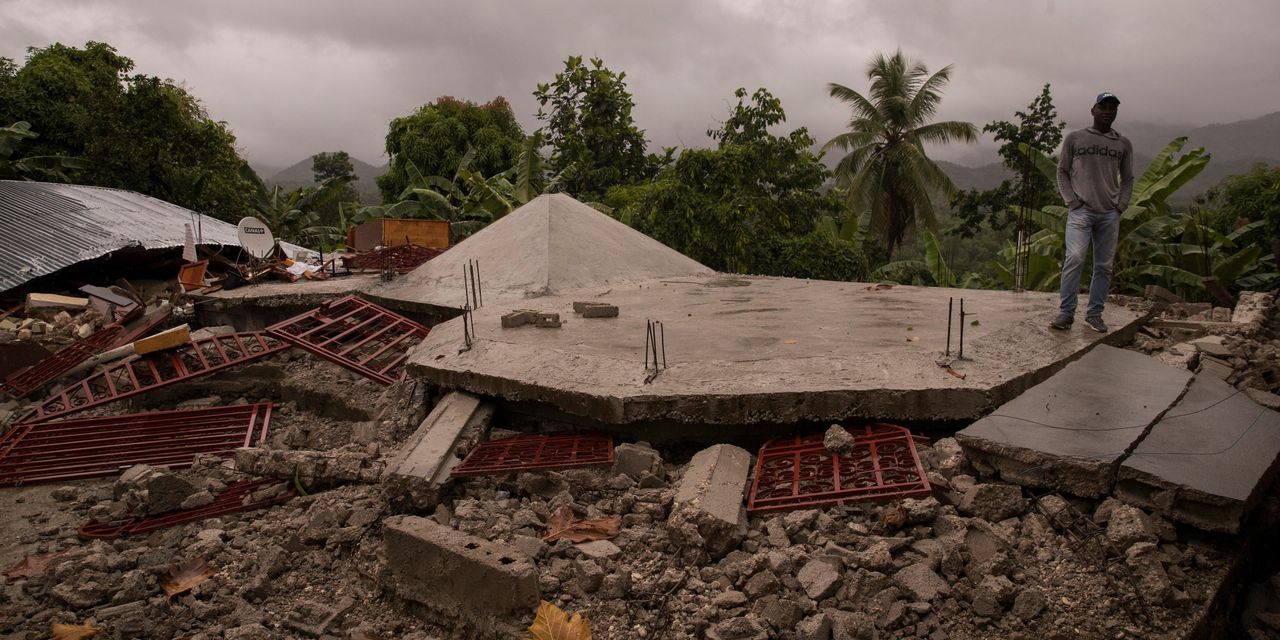 LES CAYES, Haiti—Marie Lyvie François, a 65-year-old Haitian whose house was ripped through by the earthquake that struck this southern coastal city, says she has learned the hard way about the importance of adding enough cement to concrete.

When she hired a local workman to build her home over a decade ago, they never bothered to get a construction permit and cut down on expensive materials like cement to save money. Now, her house is on the verge of collapse, forcing her and her two grandchildren onto the street.

“There were rules we couldn’t follow because we just didn’t have the money,” she said, speaking to a reporter from under a plastic sheet near her destroyed home on Tuesday. Overhead, the sky darkened with the arrival of Tropical Storm Grace, which dumped 10 inches of rain and added to the misery of those left without shelter by the quake. “If I’d known about the consequences, I would not have chosen to build this way.”

Across southern Haiti, more than 60,759 buildings collapsed, according to the government, including churches, schools and countless homes. There are stretches of road along some towns where not a single building survived intact.

It wasn’t supposed to be this way. After Haiti’s devastating 2010 earthquake, in which almost a quarter of a million people were crushed to death under the rubble of collapsed buildings, many of the world’s top engineering experts descended on the Caribbean nation to help.

A pair of massive wildfires within 150 miles of each other are terrorizing thousands in northern California two years after Gov. Gavin Newsom cut … END_OF_DOCUMENT_TOKEN_TO_BE_REPLACED