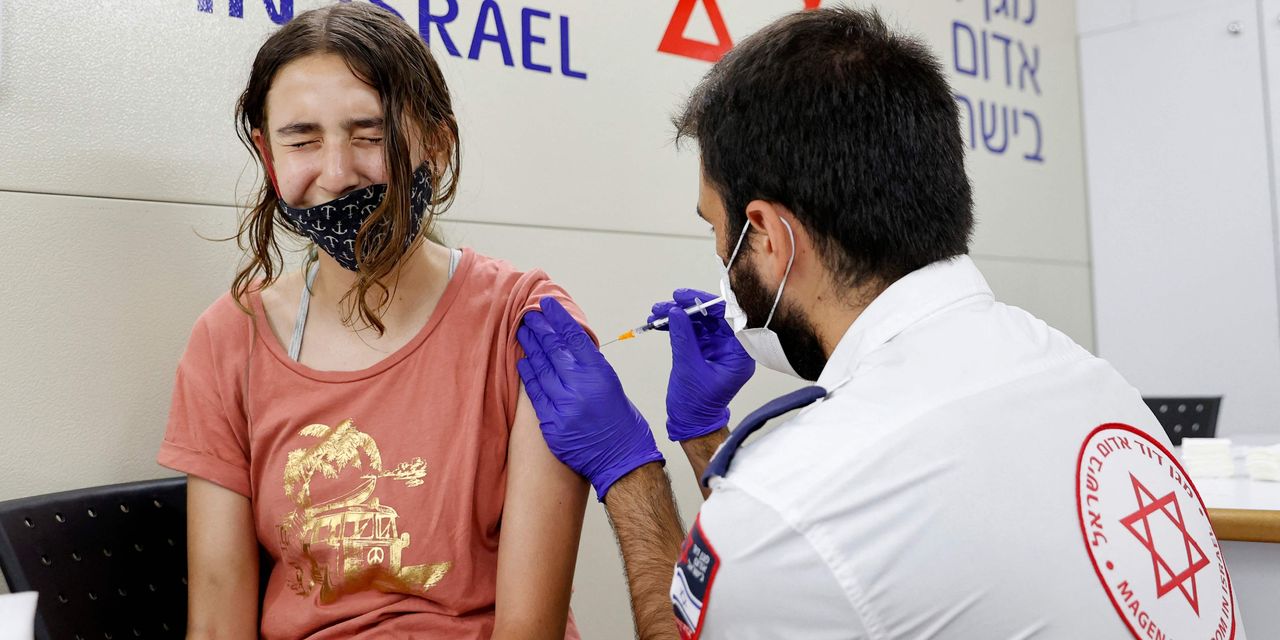 TEL AVIV—Data from Israel suggest Pfizer Inc.’s vaccine is less effective at protecting against infections caused by the Delta variant of Covid-19 but retains its potency to prevent severe illness from the highly contagious strain.

The vaccine protected 64% of inoculated people from infection during an outbreak of the Delta variant, down from 94% before, according to Israel’s Health Ministry. It was 94% effective at preventing severe illness in the same period, compared with 97% before, the ministry said.

An Israeli official said Tuesday the health ministry findings released a day earlier were preliminary and based on data collected from June 6 through early July.

Late Tuesday, the health ministry released a brief explanation of its methodology and the data on which its findings were based. The ministry said it produced the efficacy percentage of the vaccine by analyzing the number of infections among the vaccinated compared to those unvaccinated in the given period, while also accounting for influential factors such as the week of infection, age and whether the person was infected in the past.

During the period that coincided with the Delta outbreak, 1,271 of 1,528 total new infections were fully vaccinated individuals, as were 23 of 37 hospitalizations and 11 of 17 cases of severe illness, the ministry said.

Obaidullah Amin made his way last week to the Kabul airport with his wife, Maryam, and their two children, joining thousands of other Afghans … END_OF_DOCUMENT_TOKEN_TO_BE_REPLACED