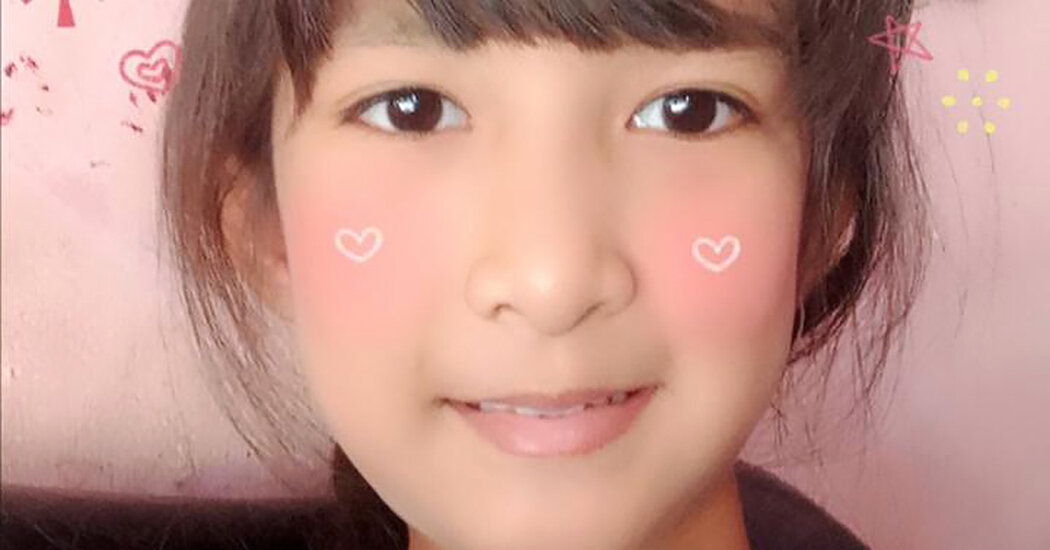 No one quite knew why the soldiers wandered into Aye Myat Thu’s neighborhood of neat wooden houses, each painted a cheerful hue, sprays of bougainvillea adding more splashes of color.

Mr. Soe Oo took a coconut from the family palm tree and hacked at it carefully, lest the sweet water spill out. Sounds like the pop of firecrackers echoed in the hazy heat.

Aye Myat Thu grabbed her slice of coconut. The popping noises drew her down the path from her house. Past the trees, a camouflaged presence stalked, according to other neighborhood residents. No one in the family saw him.

The hole from the bullet was so small that Mr. Soe Oo said he couldn’t understand how it had extinguished the life of his daughter, another random victim of a trigger-happy military.

The funeral was the next day. Buddhist monks chanted, and mourners gathered around the coffin, raising their hands in the three-fingered salute from “The Hunger Games” that has become the protesters’ symbol of defiance. Garlands of jasmine framed the girl’s face, the bullet still lodged somewhere in her skull.

“I want to tear off the soldier’s skin as revenge,” said U Thein Nyunt, her uncle. “She was just an innocent child with a kind heart. She was our angel.”

Around her body, the family placed some of Aye Myat Thu’s favorite belongings: a set of crayons, a few dolls and a purple rabbit, some Fair and Lovely cream, a Monopoly board and a drawing of Hello Kitty she had sketched two days before she was killed. On the paper, next to the cartoon cat, Aye Myat Thu had written out her name in careful English letters.

Right after the funeral, Aye Myat Thu was cremated, the flames burning her treasures with her. In other parts of the country, soldiers have stolen corpses of those they killed, perhaps to conceal the evidence of their brutality. In one case, they exhumed a child’s grave.

The family didn’t want the same for their little girl.

Obaidullah Amin made his way last week to the Kabul airport with his wife, Maryam, and their two children, joining thousands of other Afghans … END_OF_DOCUMENT_TOKEN_TO_BE_REPLACED