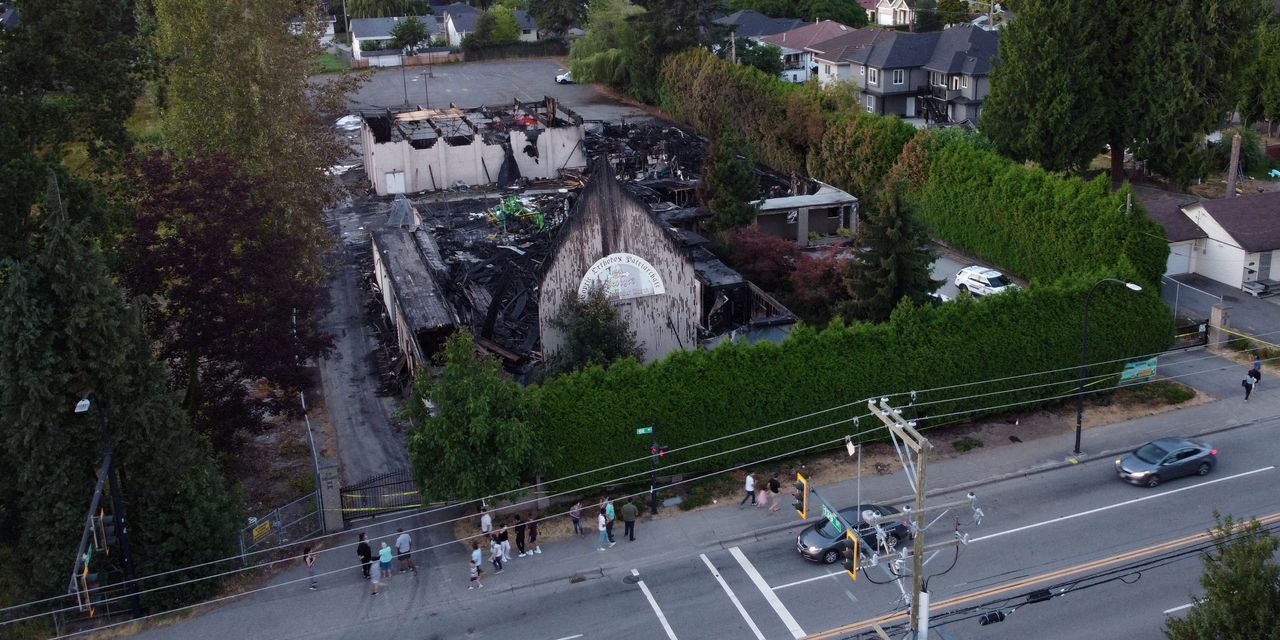 TORONTO—A Coptic Orthodox church burned to the ground in the Canadian province of British Columbia on Monday, the latest in a string of church fires in this country deemed “suspicious” by the Royal Canadian Mounted Police.

Police in Canada are investigating more than 15 fires that have damaged or destroyed churches in recent weeks, but in most cases they have yet to name suspects or offer an official motive to the wave of suspected arson that has targeted Christian churches across the country.

No one has taken credit for the fires, but politicians and law-enforcement officials have speculated that the churches are being targeted by those angry about the recent discovery of unmarked graves at schools for indigenous children that were run by the Roman Catholic Church. In most cases, police have said they don’t have evidence the fires are linked to the graves.

National politicians, indigenous leaders and law-enforcement officials have condemned the fires. The first burnings occurred in June, on indigenous land in British Columbia.

The blazes destroyed four Roman Catholic churches, and happened after an indigenous community said it found 215 unmarked graves near a former boarding school for indigenous children in British Columbia. Only a few weeks later, the Cowessess First Nation in the western Canadian province of Saskatchewan found 751 unmarked graves near the former Marieval Indian Residential School.

Obaidullah Amin made his way last week to the Kabul airport with his wife, Maryam, and their two children, joining thousands of other Afghans … END_OF_DOCUMENT_TOKEN_TO_BE_REPLACED