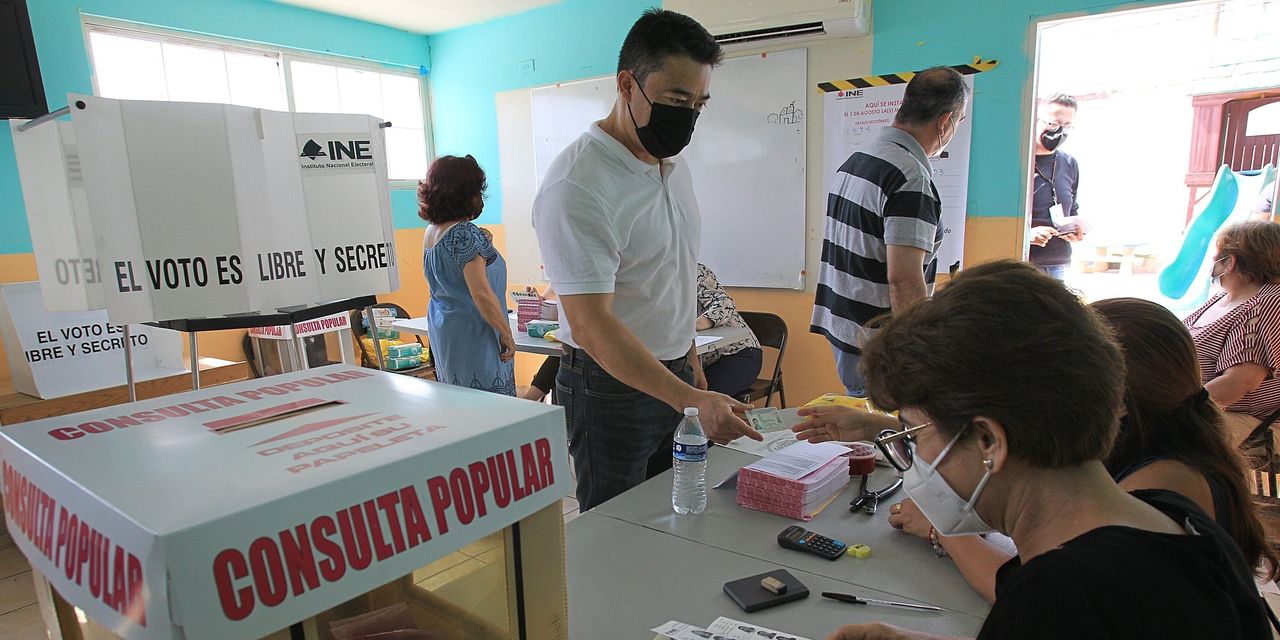 Just 7% or 6.6 million of Mexico’s 94 million registered voters cast ballots Sunday, well below the 40% required by law for the results to be binding, according to preliminary results released by Mexico’s electoral agency. Nearly 98% of those who participated voted in favor of investigating former presidents.

Despite a majority of voters backing the proposal, the low turnout was seen as a blow for the president.

“It was a political exercise by López Obrador to keep his core supporters mobilized more than anything else,” said Gustavo López Montiel, a political analyst with the Tecnológico de Monterrey university.

Mr. López Obrador said Monday that the vote was a triumph because most voted in favor of the proposal. Although not binding, he said it was a good exercise ahead of a recall vote on his presidential mandate planned for March of next year. His six-year term is due to end in 2024.

A pair of massive wildfires within 150 miles of each other are terrorizing thousands in northern California two years after Gov. Gavin Newsom cut … END_OF_DOCUMENT_TOKEN_TO_BE_REPLACED