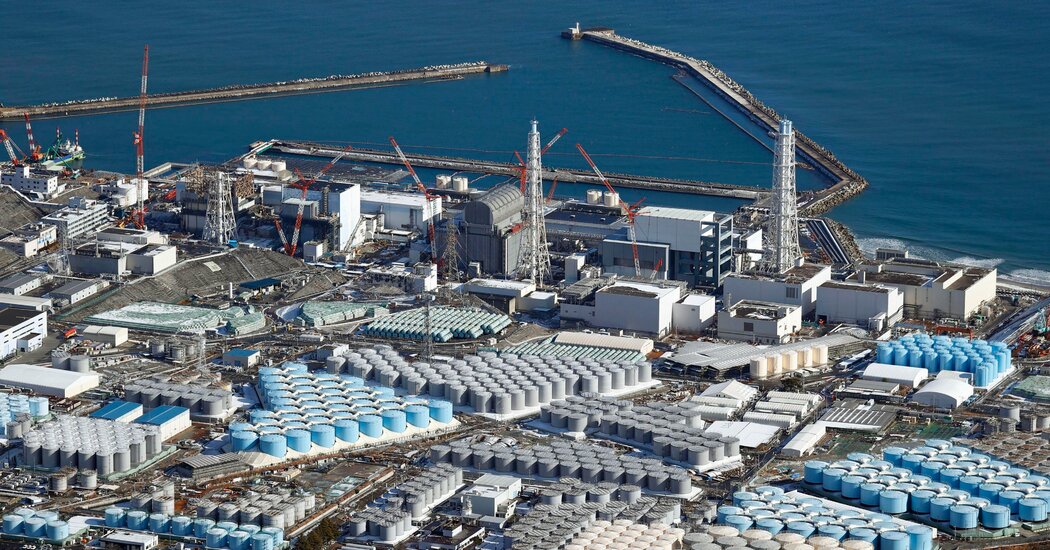 Japan said on Tuesday that it had decided to gradually release tons of treated wastewater from the ruined Fukushima Daiichi nuclear plant into the ocean, describing it as the best option for disposal despite fierce opposition from fishing crews at home and concern from governments abroad.

The plan to release the water in two years was approved during a cabinet meeting of ministers early Tuesday.

Disposal of the wastewater has been long delayed by public opposition and by safety concerns. But the space used to store the water is expected to run out next year, and Prime Minister Yoshihide Suga told lawmakers on Monday that the ocean release was “unavoidable” and could no longer be postponed.

The Fukushima crisis was set off in March 2011 by a huge earthquake and tsunami that ripped through northeastern Japan and killed more than 19,000 people. The subsequent meltdown of three of the plant’s six reactors was the worst nuclear disaster since Chernobyl. Tens of thousands of people fled the area around the plant or were evacuated, in many cases never to return.

Ten years later, the cleanup is far from finished at the disabled plant, which is operated by the Tokyo Electric Power Company. To keep the three damaged reactor cores from melting, cooling water is pumped through them continuously. The water is then sent through a powerful filtration system that is able to remove all of the radioactive material except for tritium, an isotope of hydrogen that experts say is not harmful to human health in small doses.

There are now about 1.25 million tons of wastewater stored in more than 1,000 tanks at the plant site. The water continues to accumulate at a rate of about 170 tons a day, and releasing all of it is expected to take decades.

In 2019, the Japanese Ministry of Economy, Trade and Industry proposed disposing of the wastewater either by gradually releasing it into the ocean or by allowing it to evaporate. The International Atomic Energy Agency said last year that both options were “technically feasible.” Nuclear power plants around the world routinely discharge treated wastewater containing tritium into the sea.

But the Japanese government’s plan faces strong opposition from local officials and fishing crews, who say that it would add to consumer fears about the safety of Fukushima seafood. Catch levels in the area are already a small fraction of what they were before the disaster.

After meeting with Mr. Suga last week, Hiroshi Kishi, head of the National Federation of Fisheries, told reporters that his group was still opposed to the ocean release. Neighboring countries including China and South Korea have also expressed concerns.

Obaidullah Amin made his way last week to the Kabul airport with his wife, Maryam, and their two children, joining thousands of other Afghans … END_OF_DOCUMENT_TOKEN_TO_BE_REPLACED