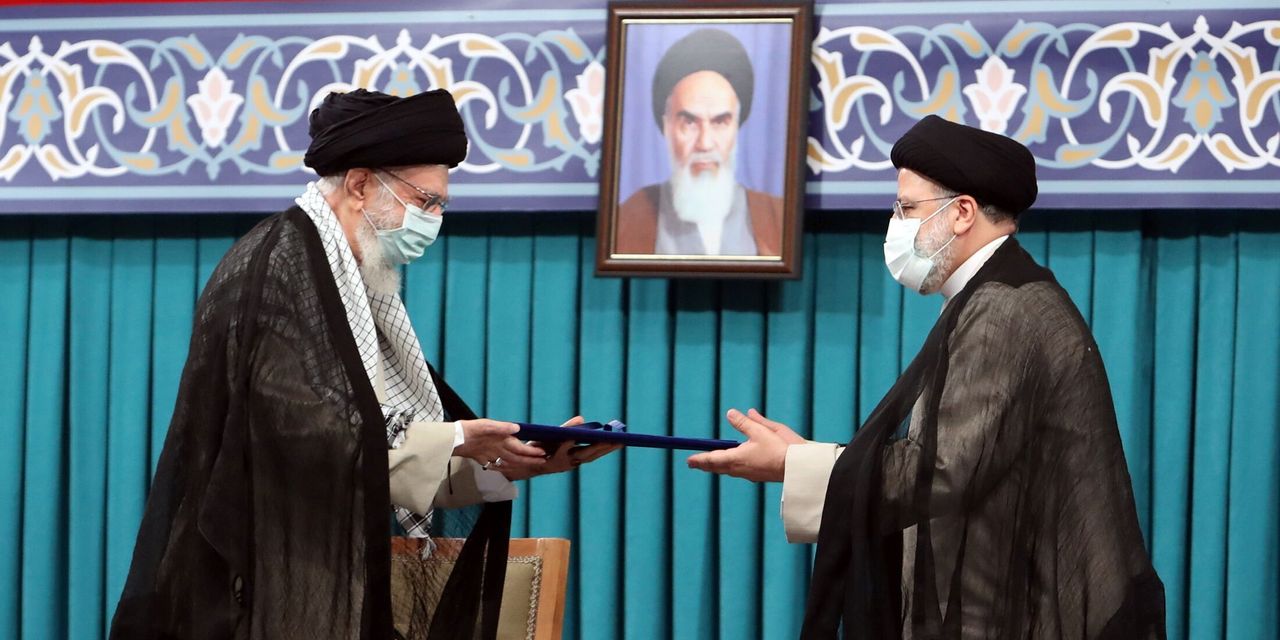 For the first time in years, all branches of power in Iran are set to fall under the control of hard-liners when a protégé of the supreme leader is sworn in as president, bolstering their power and adding to growing unease that the Islamic Republic’s relations with the West could worsen.

President-elect Ebrahim Raisi, 60 years old, studied as a young man at one of Supreme Leader Ali Khamenei’s Islamic seminaries. He also served on a panel that ordered the execution of thousands of political prisoners. Later, he moved up through the ranks to lead Iran’s judiciary.

His inauguration Thursday, after an election in which most of his rivals were disqualified, is set to consolidate power among hard-line loyalists of Mr. Khamenei just as Iran and the West are attempting to revive a deal that limits Tehran’s nuclear capabilities.

It is expected to be a significant shift from the past three decades. Iran’s recent presidents, regardless of their political bent, often staked out their own policy priorities, though the supreme leader always had the final say on vital matters of state, such as the nuclear program.

Analysts say Mr. Khamenei, 82, instead appears to be focused on curtailing infighting and preserving what he sees as the tenets of the 1979 Islamic Revolution as he ages and Iran’s sanctions-hit economy comes under growing pressure.

Obaidullah Amin made his way last week to the Kabul airport with his wife, Maryam, and their two children, joining thousands of other Afghans … END_OF_DOCUMENT_TOKEN_TO_BE_REPLACED