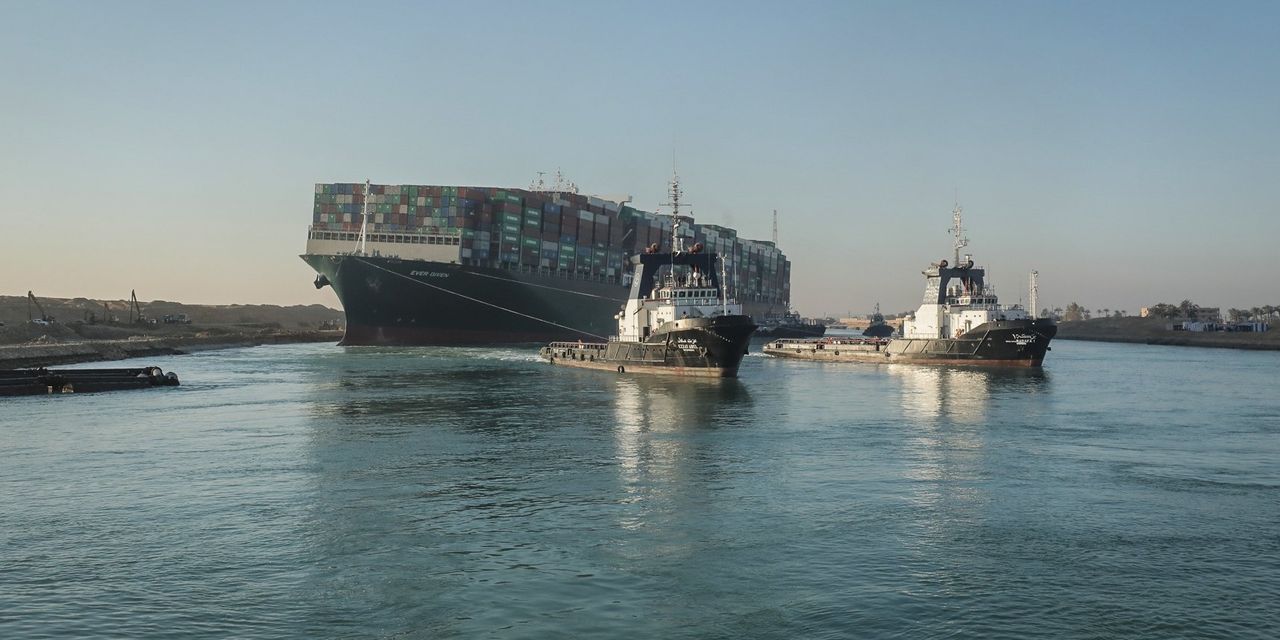 ISMAILIA, Egypt—It was dawn on Day Six and time was running out. Osama Rabie watched anxiously over the Suez Canal as a team of tugboats worked to dislodge the massive Ever Given container ship, which was blocking one of the world’s most economically important waterways.

Hundreds of ships carrying billions of dollars worth of cargo were backed up. It was Mr. Rabie’s job as chairman of the Suez Canal Authority to get maritime traffic moving again.

Workers had dredged more than a million cubic feet of sand and silt from beneath the 1,300-foot-long vessel. And now the tugs, taking advantage of an unusually high tide, were gently nudging the Ever Given back and forth, like a dentist waggling out a decayed tooth.

The ship moved a few yards. Some of the crews, who had been laboring around the clock, dropped to their knees in prayer. Others cried “Allahu akbar,” Arabic for “God is great.”

But instead of slipping free and gliding to the center of the canal, the Ever Given remained stuck. They would have to wait hours for the next high tide to try again. Adding to the pressure, Egyptian President Abdel Fattah Al Sisi was already sending out tweets congratulating them on their success.

Obaidullah Amin made his way last week to the Kabul airport with his wife, Maryam, and their two children, joining thousands of other Afghans … END_OF_DOCUMENT_TOKEN_TO_BE_REPLACED