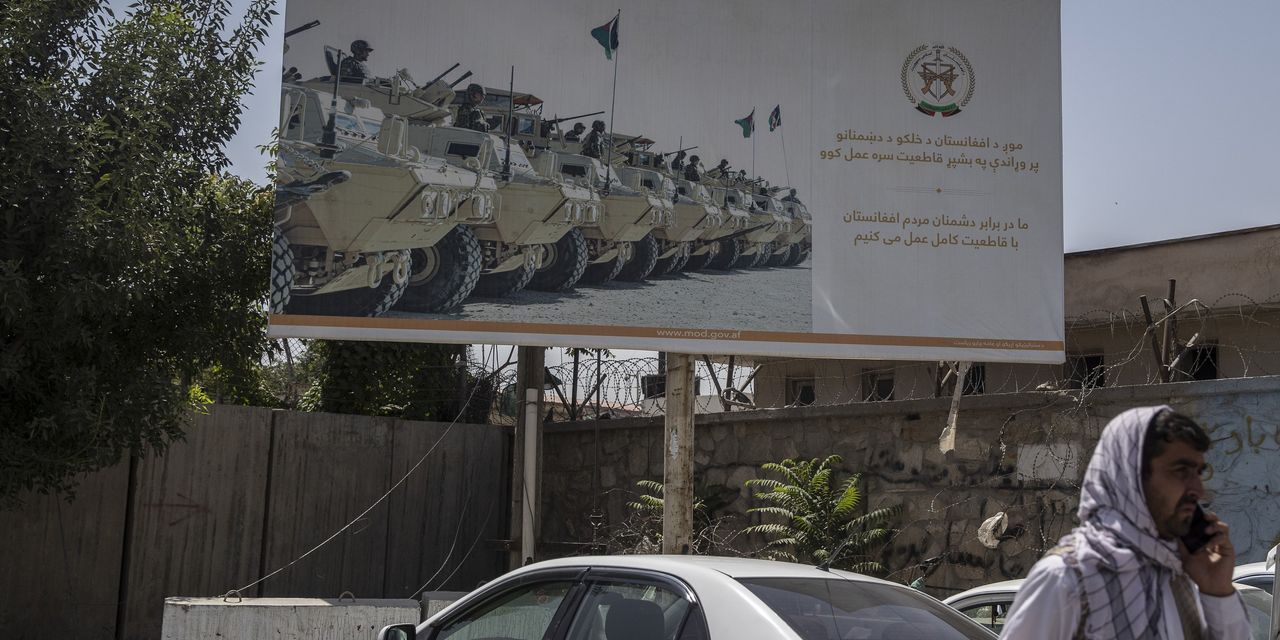 KABUL—The Afghan government outpost in Imam Sahib, a district of northern Kunduz province, held out for two months after being surrounded by the Taliban. At first, elite commando units would come once a week on a resupply run. Then, these runs became more scarce, as did the supplies.

“In the last days, there was no food, no water and no weapons,” said trooper Taj Mohammad, 38. Fleeing in one armored personnel carrier and one Ford Ranger, the remaining men finally made a run to the relative safety of the provincial capital, which collapsed weeks later. They left behind another 11 APCs to the Taliban.

As district after district fell in this summer’s Taliban offensive, without much visible support from the Afghan national army and police forces, other soldiers simply made the calculation that it wasn’t worth fighting anymore—especially if the Taliban offered them safe passage home, as they usually did.

“Everyone just surrendered their guns and ran away,” said Rahimullah, a 25-year soldier who joined the army a year ago and served in the Shahr-e-Bozorg district of northeastern Badakhshan province. “We didn’t receive any help from the central government, and so the district fell without any fighting.”

Afghanistan’s national army and police forces, theoretically numbering 350,000 men and trained and equipped at huge cost by the U.S. and Western allies, were supposed to be a powerful deterrent to the Taliban. That is one reason why President Biden, when he announced in April his decision to withdraw all American forces from Afghanistan, expressed confidence in the Afghan military’s ability to hold ground.

A pair of massive wildfires within 150 miles of each other are terrorizing thousands in northern California two years after Gov. Gavin Newsom cut … END_OF_DOCUMENT_TOKEN_TO_BE_REPLACED