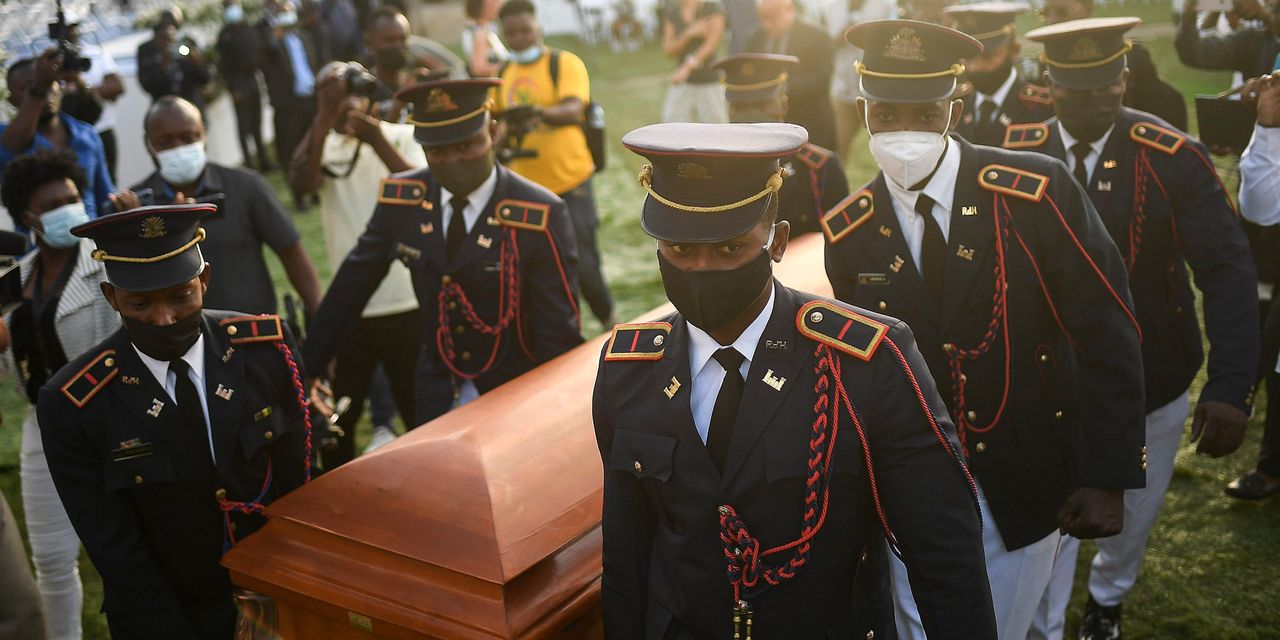 PORT-AU-PRINCE, Haiti—In front of a mourning family and foreign dignitaries, President Jovenel Moïse was laid to rest Friday in a country riven by deepening strife two weeks after his assassination.

The funeral took place in the northern port city of Cap-Haïtien, where protests erupted the last two days, underscoring the bristling anger over the investigation into the killing and the fragile political outlook for this impoverished nation.

“Everybody is disgusted, everybody is afraid,” said Marc Georges, a prominent businessman in Cap-Haïtien. “We don’t know if the leaders we have will be able to meet the moment we are living right now.”

The casket was placed on a central stage and draped in Haiti’s blue-and-red flag on the grounds of a private residence, close to the town where Mr. Moïse was born. White flowers surrounded the coffin as a black-dressed choir sang. Ceiling fans cooled those in attendance from the burning heat, including the slain president’s relatives, who say that the leader was killed by traitors.

First lady Martine Moïse, who returned to Haiti last weekend after receiving medical treatment in Miami after surviving the assassination, said her husband was killed because he wanted to change a corrupt system.

A pair of massive wildfires within 150 miles of each other are terrorizing thousands in northern California two years after Gov. Gavin Newsom cut … END_OF_DOCUMENT_TOKEN_TO_BE_REPLACED