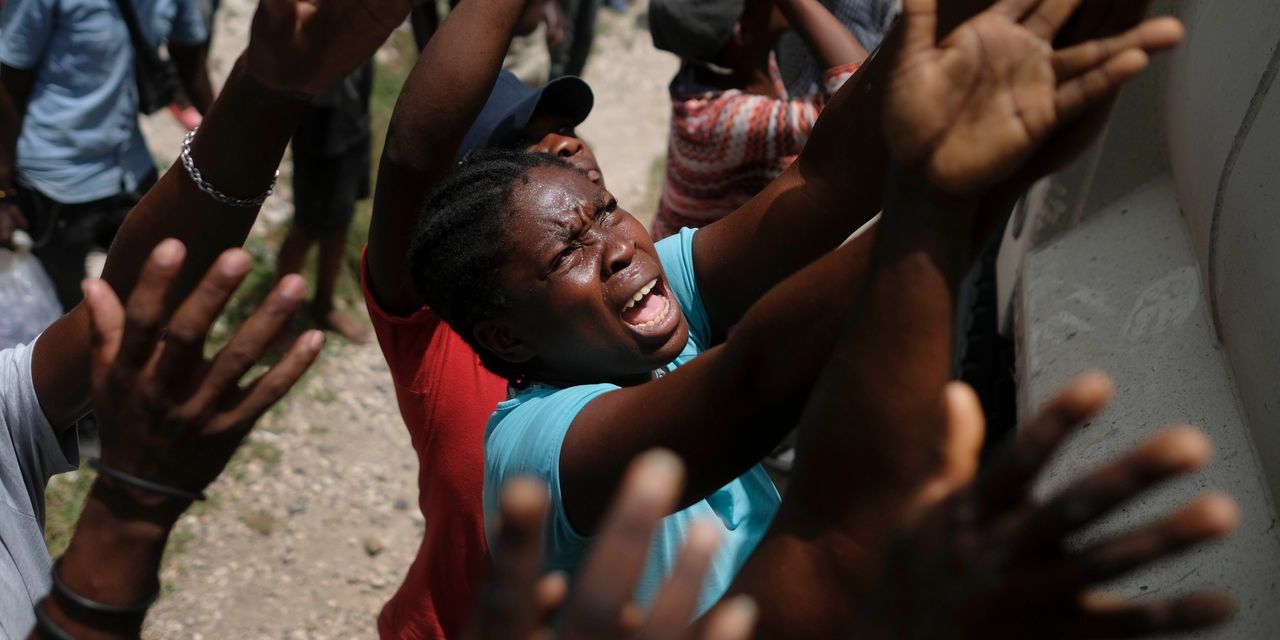 Crime, gangs and mob violence are disrupting efforts to deliver food and medical aid to tens of thousands of Haitians more than a week after a deadly earthquake.

Desperate residents in southern Haiti looted four trucks loaded with food sent by a Florida-based charity in recent days. Two doctors, including a surgeon attending earthquake patients in the capital of Port-au-Prince, were kidnapped, according to hospital officials. Member of a Colombian search-and- rescue team left Haiti on Sunday to return to Colombia over fears for their safety.

“The main concern is the safety of shipments,” said Akim Kikonda, the country representative of Catholic Relief Services. “People are desperate, and when they are desperate, they don’t hesitate to get what they need.”

A police spokesman said “all necessary precautions” were being taken to ensure the safe delivery of aid.

Obaidullah Amin made his way last week to the Kabul airport with his wife, Maryam, and their two children, joining thousands of other Afghans … END_OF_DOCUMENT_TOKEN_TO_BE_REPLACED