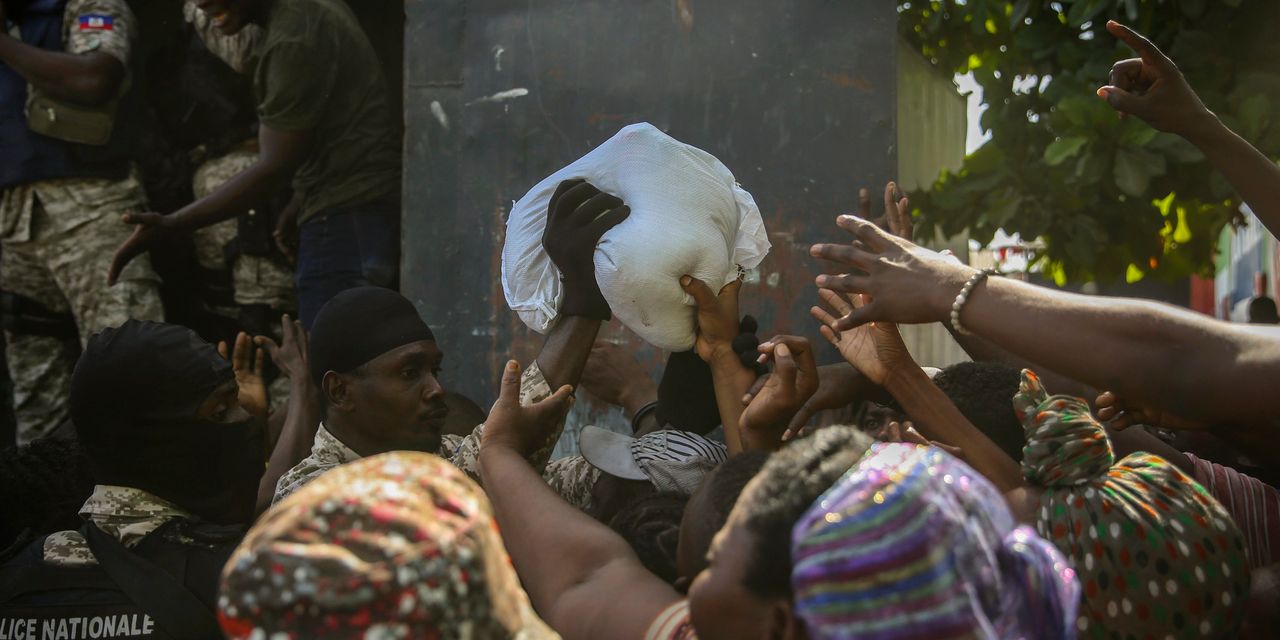 Emergency teams rushed to the south of Haiti on Monday to find and treat survivors trapped under earthquake debris, with only hours before a major storm was expected to make landfall and drench the remote area in rain and potentially cause flash floods.

Across Haiti’s southern peninsula, the region hardest hit by Saturday’s quake, thousands of people were left without shelter after their houses collapsed in the earthquake, giving them nowhere to go as the storm approached.

Tropical depression Grace, with 35-mile-an-hour winds, was expected to reach Haiti on Monday evening and drop 10 inches of rain.

The death toll from the earthquake stood at 1,419, with another 6,900 people injured, according to Haiti’s civil-defense agency, which estimates some 37,000 buildings throughout the region were destroyed. Hundreds of people are still missing. “Since Saturday, we have been working 24-hour days, without stopping, and we will continue to do that,” said Jerry Chandler, head of Haiti’s civil-protection agency.

“We urgently need to find water, tents and food,” said Marie Michelle Sylvie Rameau, the mayor of Les Cayes, in a radio interview with Haitian radio station Magik9. Some 4,500 people who lost their homes when the quake hit this seaport of 125,000 on Haiti’s southern coast were sleeping outdoors, she said.

A pair of massive wildfires within 150 miles of each other are terrorizing thousands in northern California two years after Gov. Gavin Newsom cut … END_OF_DOCUMENT_TOKEN_TO_BE_REPLACED