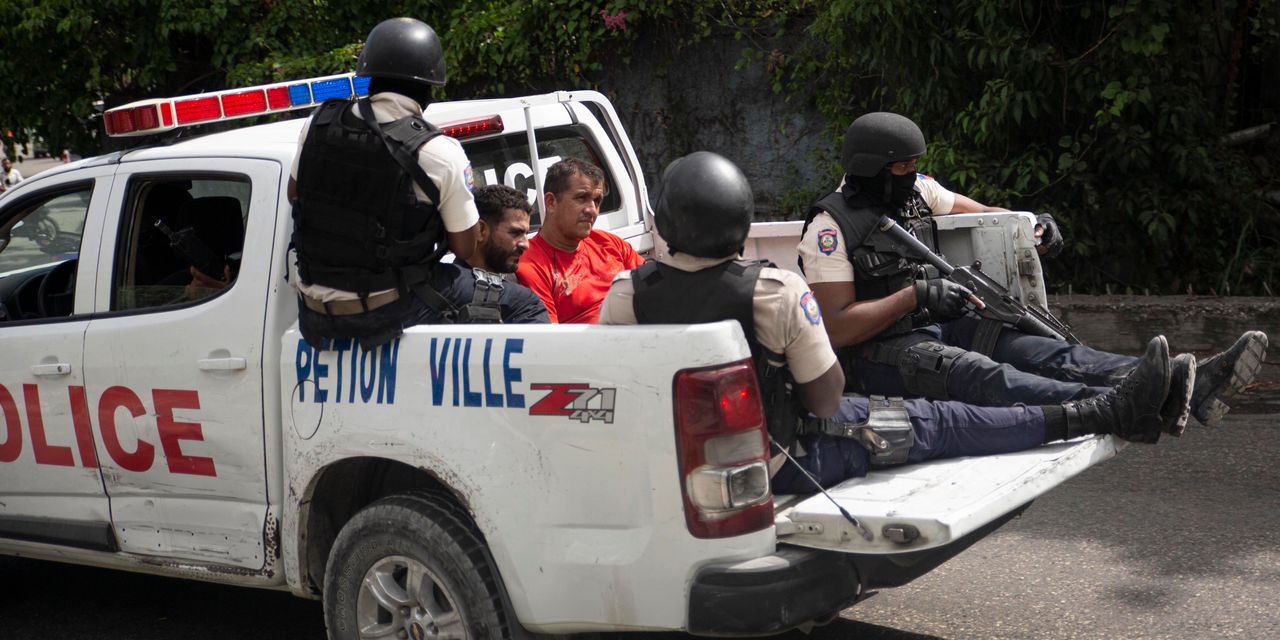 Haiti’s interim prime minister said his government is intensifying a manhunt in the aftermath of the assassination of President Jovenel Moïse, arresting several suspects believed to have participated in a killing that came as gang violence had been sharply escalating.

In a Thursday afternoon press briefing with the country’s police chief, Claude Joseph also called on citizens to round up others. Seventeen people have been arrested, including 15 Colombians and two Haitian Americans, officials in Port-au-Prince said, and at least three had been killed in gunfights with security forces.

“I am asking that the population hand over anyone they capture to the police because, if not, we won’t know what really happened,” the prime minister said. “We need to understand the motives of these people. We can’t let this action go unpunished.”

The assassination at about 1 a.m. Wednesday was carried out at the president’s residence with precision, an investigator in charge of the crime scene told The Wall Street Journal. Mr. Moïse’s guards, the housekeeper and butler were tied up. The killers then shot the president 12 times with high-caliber bullets, with one shot directly in his forehead, the investigator said. His eye had also been gouged out.

Mr. Joseph said that justice would be delivered to the Moïse family, including the late president’s wife, Martine, who was wounded in the attack and airlifted to Miami for treatment.

Obaidullah Amin made his way last week to the Kabul airport with his wife, Maryam, and their two children, joining thousands of other Afghans … END_OF_DOCUMENT_TOKEN_TO_BE_REPLACED