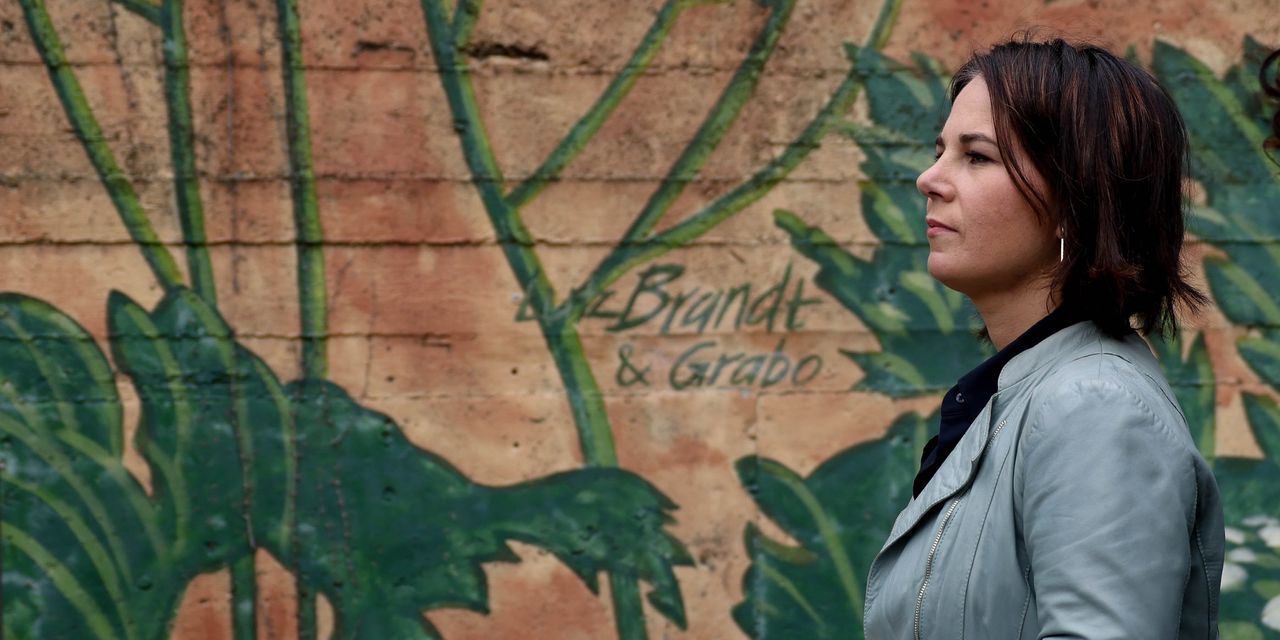 BERLIN—Germany’s Green Party wants to overhaul the economic, foreign and climate policies of the continent’s largest economy in a political realignment that could have a profound impact on the European Union and potentially harden Germany’s stance toward China and Russia.

According to opinion polls, the Greens are likely to be part of the next ruling coalition after this autumn’s general election—for the first time since 2005—and could even lead it.

With their roots in an unruly 1970s alliance of environmentalists, leftists and pacifists, the Greens have developed into an established party with strong support among high-income city dwellers and poll ratings of around 20%. This makes them the second-biggest party after Chancellor Angela Merkel’s conservatives.

Their agenda goes beyond measures to fight climate change and would break long-established German policy taboos surrounding public debt and fiscal integration in Europe while aligning foreign policy closer with that of the U.S.

The party is calling for 50 billion euros a year, equivalent to $58.7 billion, in green investments, largely funded by public borrowing. That would almost certainly clash with the strict balanced-budget rules enshrined in Germany’s constitution.

Obaidullah Amin made his way last week to the Kabul airport with his wife, Maryam, and their two children, joining thousands of other Afghans … END_OF_DOCUMENT_TOKEN_TO_BE_REPLACED