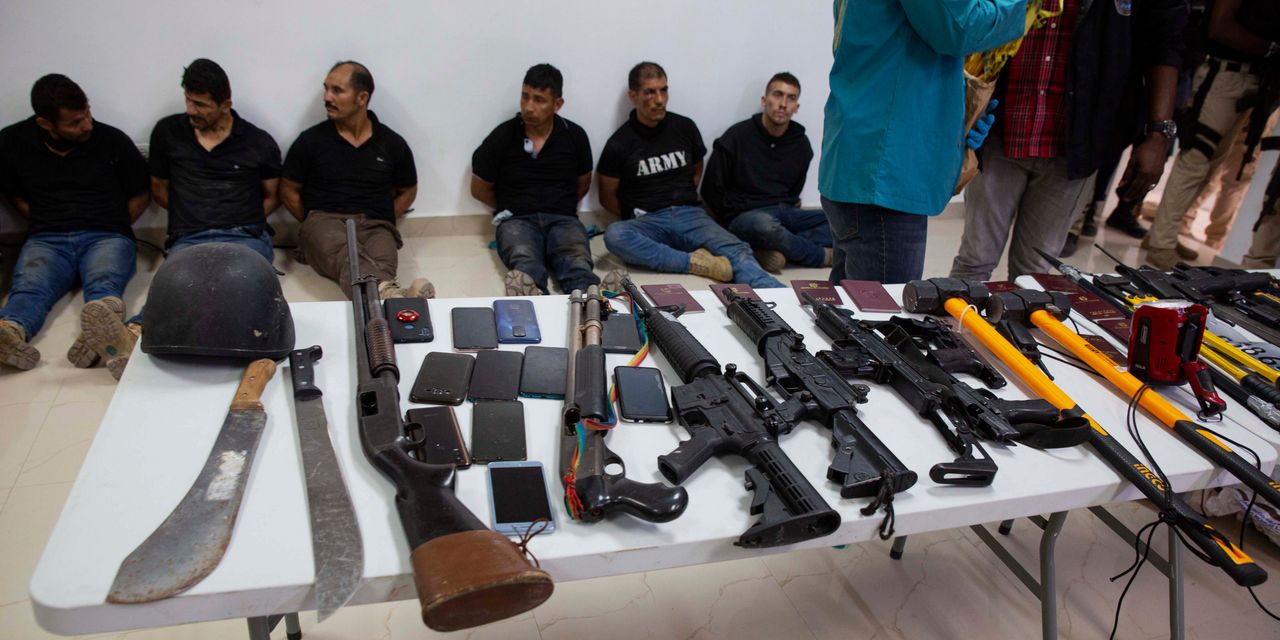 PORT-AU-PRINCE—The former Colombian soldiers jailed in Haiti in the assassination of President Jovenel Moïse say they didn’t kill him and thought they were on a U.S. Drug Enforcement Administration mission to arrest the leader, lawyers from the Colombian state, who talked to the men, said Friday.

“They said they didn’t know what happened,” said Luis Andrés Fajardo, the No. 2 in Colombia’s human rights agency. He spoke with most of the 18 men for about three hours at a Haitian prison. “It was a trap,” he recalled several saying.

The former servicemen, ex-special operations soldiers who’d fought guerrillas in Colombia, had been hired by a Miami security company and arrived here between May and June, according to relatives, text messages, and Haitians who interacted with them. But the owner of the company and a group of Haitian businessmen, the police here say, instead took part in a plan to assassinate Mr. Moïse.

In the meetings with the lawyers, in which the servicemen for the first time detailed their account for Colombia’s government, the former soldiers repeated the same phrase over and again: “We were fooled.”

Even so, some of the men didn’t speak or spoke little, preferring to spend the time writing letters for Mr. Fajardo’s delegation to take back to their relatives in Colombia. The men had been tightly handcuffed for 24 hours a day for more than a week, they said, and about half of them were cuffed to each other, Mr. Fajardo said.

A pair of massive wildfires within 150 miles of each other are terrorizing thousands in northern California two years after Gov. Gavin Newsom cut … END_OF_DOCUMENT_TOKEN_TO_BE_REPLACED