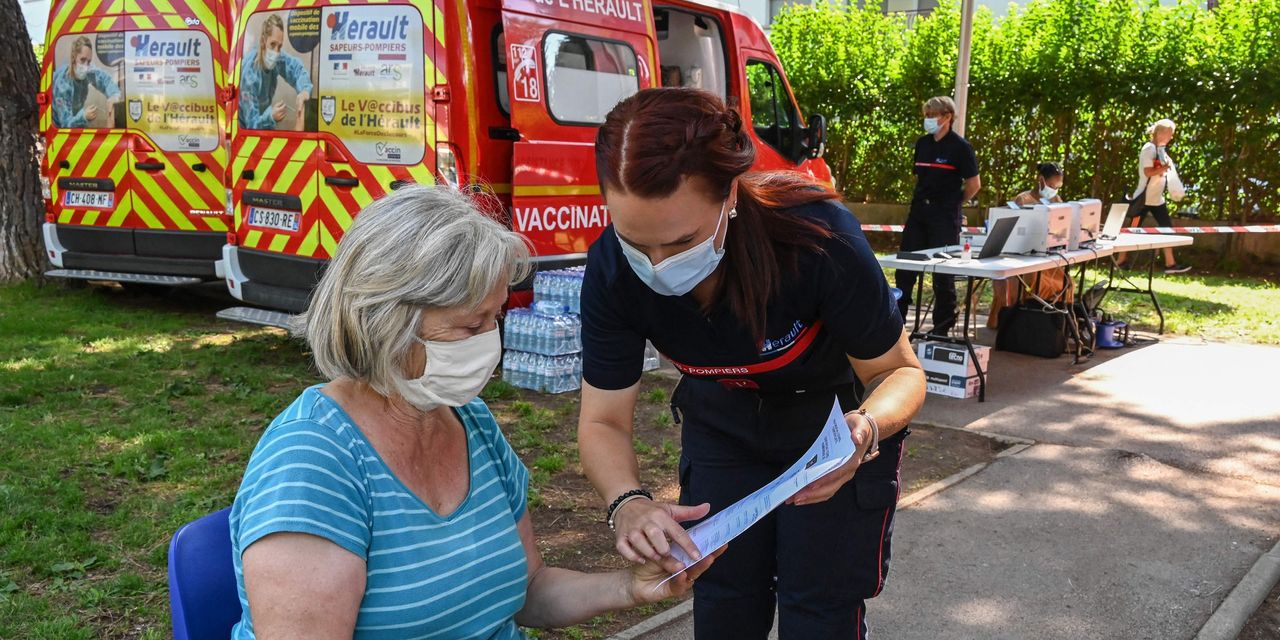 MILAN—The European Union passed the U.S. in Covid-19 vaccinations, with the continent inoculating people at a sustained pace and America struggling to persuade vaccine holdouts to get a shot to slow the spread of the Delta variant.

The EU has given at least one vaccine shot to 259 million people, or 58.3% of the total population of its 27 member countries as of Thursday, according to figures compiled by Our World in Data, an Oxford University project tracking the global vaccine rollout. The U.S. has reached 56.7% of its population, equivalent to 189 million people.

The EU has boosted its figure by 9 percentage points in the past month while the U.S. managed less than a 3-point increase.

The vaccine drive in the EU and the U.S. has gained new urgency in recent weeks as the more contagious Delta variant of the virus sweeps across the globe. Infections have risen quickly in both places, pushing political leaders and public health experts to seek new ways to get people motivated to get vaccinated.

In Europe, some governments are seeking to convince people by putting restrictions on those who don’t get vaccinated. France and Italy recently announced new rules requiring vaccination, a recent negative test or proof of recovery from Covid-19 for people who want to partake in some aspects of daily life such as indoor dining at restaurants or going to the gym.

Obaidullah Amin made his way last week to the Kabul airport with his wife, Maryam, and their two children, joining thousands of other Afghans … END_OF_DOCUMENT_TOKEN_TO_BE_REPLACED