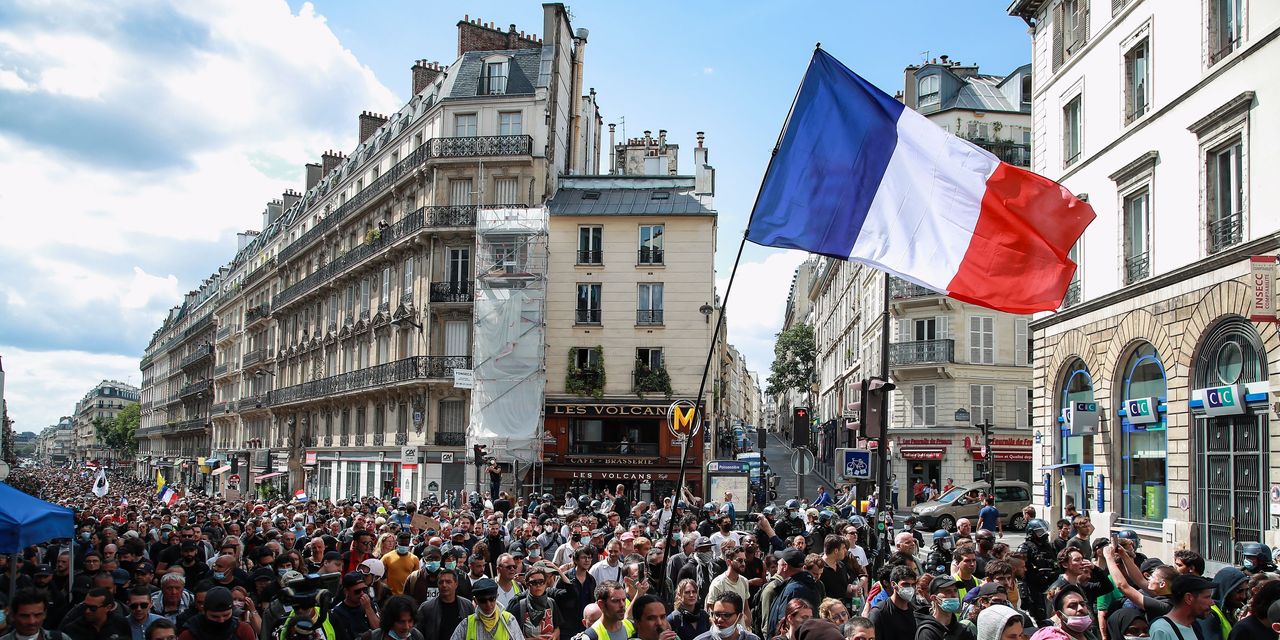 French protesters took to the streets for the third consecutive Saturday to protest new restrictions on people unvaccinated against Covid-19, a growing movement that threatens to complicate the country’s coronavirus response.

More than 204,000 protesters—many decrying what they called a “health dictatorship” and carrying banners and French flags reading “Freedom!”— marched in cities across France, including Marseille and Lyon, according to estimates from France’s interior ministry.

In Paris, where 14,000 people were estimated to have participated in four separate marches, police mobilized 3,000 officers across the city. In late afternoon there were scattered scuffles near Place de la Bastille with police, who threw tear-gas canisters into the crowd.

The weekly protests are a new challenge for President Emmanuel Macron, who said in mid-July that a health pass would be necessary to enter places like restaurants, as a way to avoid a new shutdown in the face of fast-rising coronavirus cases. The health pass is a scannable code to prove that an individual has been completely vaccinated against Covid-19, has recovered from it within the prior six months or has recently tested negative for it.

It is coming into effect as the Delta variant has pushed the average number of new cases diagnosed per day in France up nearly fourfold to more than 21,000. Deaths in hospitals each day from Covid-19 have nearly doubled to an average of 33 in the last week.

Obaidullah Amin made his way last week to the Kabul airport with his wife, Maryam, and their two children, joining thousands of other Afghans … END_OF_DOCUMENT_TOKEN_TO_BE_REPLACED