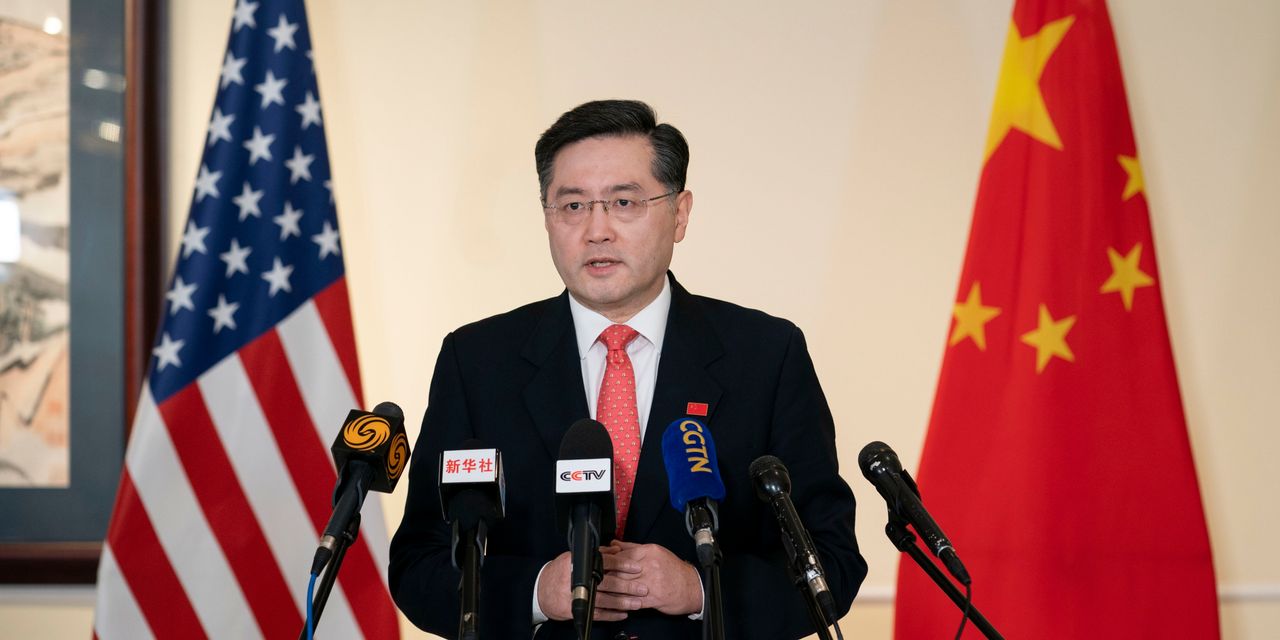 NEW YORK—China’s new envoy to the U.S. struck a conciliatory note upon his arrival in Washington on Wednesday, pledging to repair the increasingly testy relationship between the two world powers days after Chinese Foreign Ministry officials greeted a visiting senior State Department official with a chilly lecture on diplomacy.

Qin Gang, a veteran diplomat and trusted aide to President Xi Jinping, said in remarks posted on the website of China’s embassy in the U.S. that he will “endeavor to bring China-U.S. relations back on track, turning the way for the two countries to get along with each other…from a possibility into a reality.”

His tone contrasted sharply with the tense exchange between senior Chinese and U.S. diplomats in the port city of Tianjin on Monday, when a Chinese vice foreign minister gave U.S. Deputy Secretary of the State Wendy Sherman an earful, saying Washington was entirely to blame for the souring bilateral relationship.

The more placating remarks by Mr. Qin—in which he said he would “seek to build bridges of communication and cooperation with all sectors of the U.S.”–show that Beijing still hopes to reset relations with Washington—but on its own terms.

In a commentary that roughly coincided with Mr. Qin’s remarks, China’s official Xinhua News Agency urged the U.S. to “discard its habitual bullying of China.”

A pair of massive wildfires within 150 miles of each other are terrorizing thousands in northern California two years after Gov. Gavin Newsom cut … END_OF_DOCUMENT_TOKEN_TO_BE_REPLACED