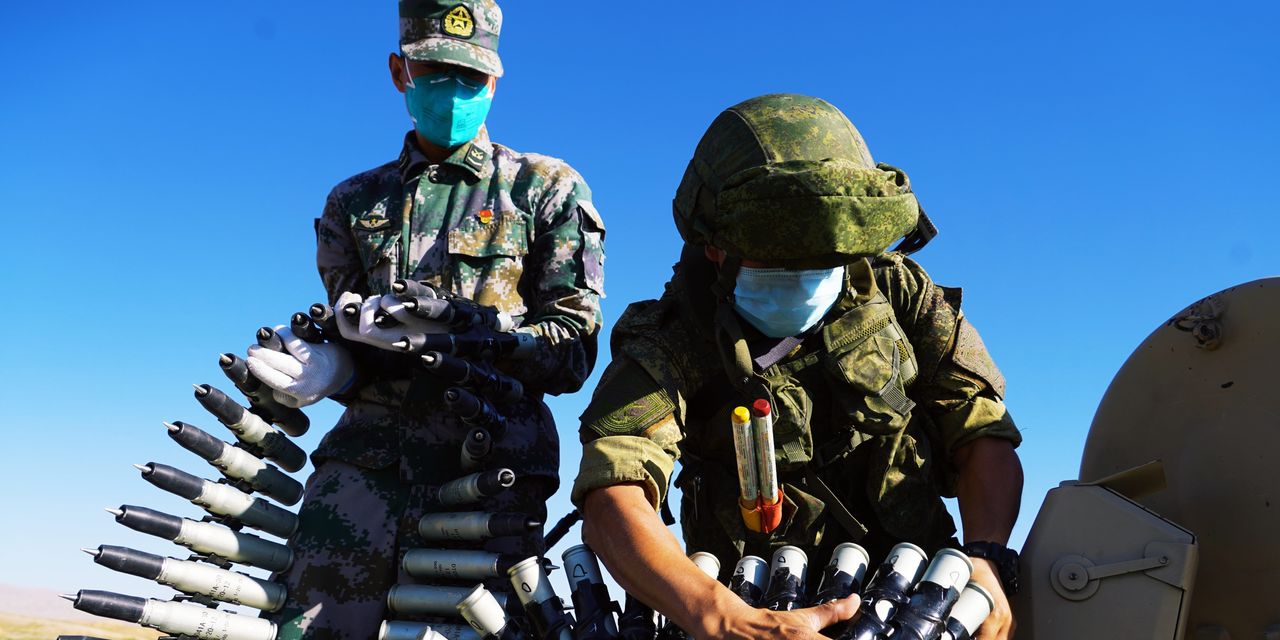 TAIPEI—About 10,000 troops from China and Russia are carrying out joint military exercises in northwestern China to test some of the People’s Liberation Army’s newest weapons and signal unity on common security concerns such as Afghanistan.

The drills, which kicked off Monday in Ningxia region, are focused on counterterrorism and jointly maintaining security and stability in the region, according to statements by the two countries’ defense ministries. Chinese state media said Wednesday that the military exercises were the first China has held with another country since the start of the Covid-19 pandemic.

China and Russia hold air, land and sea exercises routinely, projecting power when it comes to areas of common interest like North Korea and the disputed East China Sea. In 2019, the first joint patrol by bombers from the two countries near the Korean Peninsula and Japan triggered warning shots from South Korean pilots to ward off what Seoul said was an intrusion into its airspace.

In 2018, China was the first country that Moscow invited outside a tight circle of former Soviet allies to its largest annual exercises in Russia’s Far East, demonstrating that the two sides were moving beyond symbolic displays of force to coordinate weapons systems and command structures.

A pair of massive wildfires within 150 miles of each other are terrorizing thousands in northern California two years after Gov. Gavin Newsom cut … END_OF_DOCUMENT_TOKEN_TO_BE_REPLACED