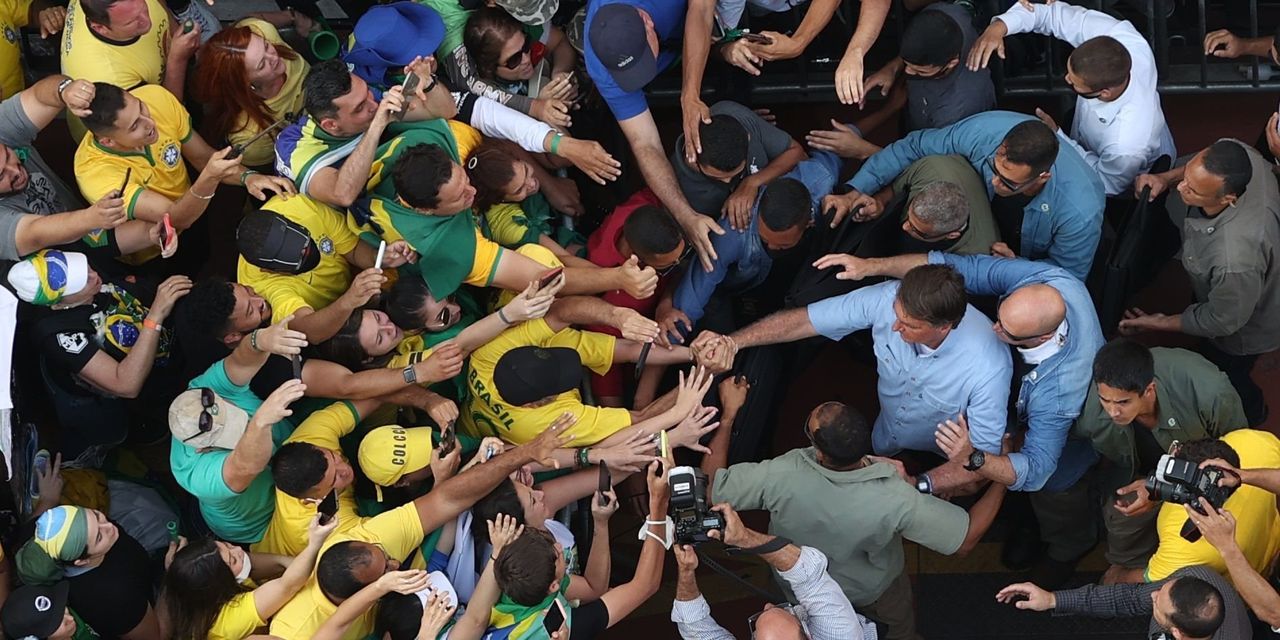 SÃO PAULO—More than 100,000 Brazilians took to the streets in nationwide rallies Tuesday in support of President Jair Bolsonaro, a show of force for the right-wing leader ahead of elections next year in which he will face a surging leftist challenger.

Draped in Brazilian flags, supporters of the former army captain filled São Paulo’s main avenue and the streets of more than 100 other cities to disparage people Mr. Bolsonaro considers enemies and political opponents. They demanded the jailing of communists and the closure of Congress. Many had particularly critical remarks for the Supreme Court, which has launched investigations into the right-wing leader and his allies.

A pair of massive wildfires within 150 miles of each other are terrorizing thousands in northern California two years after Gov. Gavin Newsom cut … END_OF_DOCUMENT_TOKEN_TO_BE_REPLACED