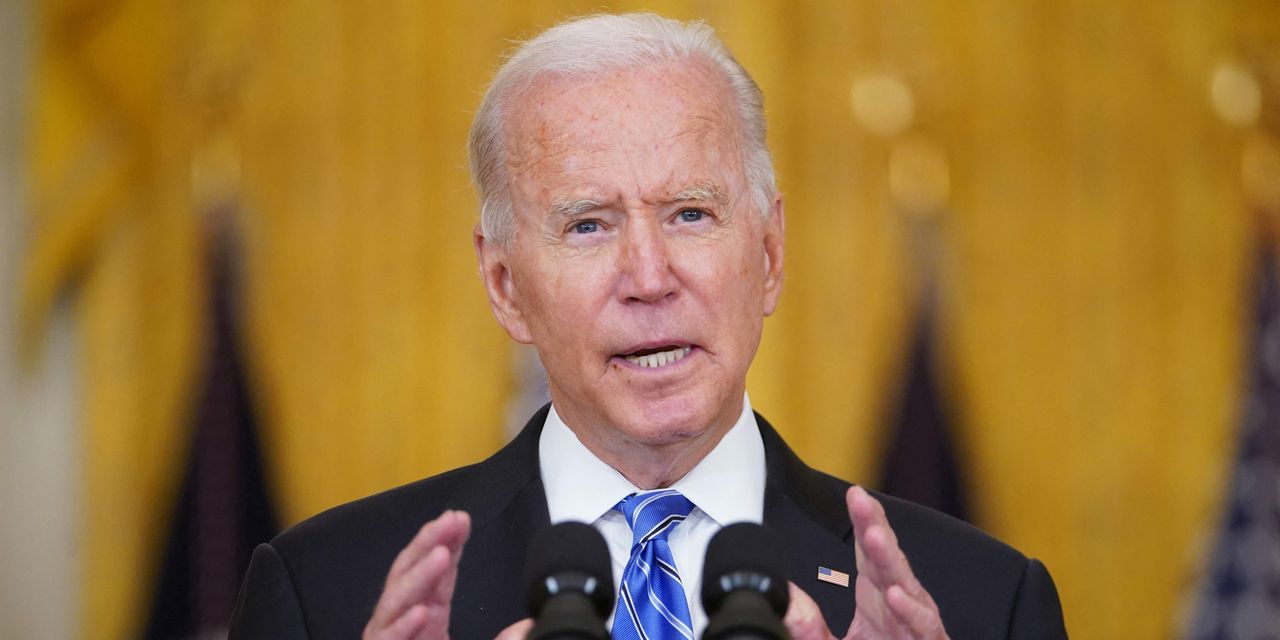 The swift collapse of the Afghanistan government and ensuing chaos is drawing bipartisan criticism on Capitol Hill among lawmakers who for months have pushed the Biden administration to do more to evacuate the tens of thousands of at-risk Afghans before beginning to withdraw all troops.

“Things will continue to get worse, which is why we have to move quickly,” said Rep. Tom Malinowski (D., N.J.), a former State Department official who has been working the phones to put pressure on the Biden administration to develop an evacuation plan that accounts for Afghans in addition to Americans.

President Biden spent the weekend at Camp David, and planned to return to the White House on Monday to deliver remarks on Afghanistan. Mr. Biden was previously scheduled to remain at Camp David until Wednesday.

The Hamid Karzai International Airport has become a dramatic focal point for security in the country as the U.S. scrambles to restore order there amid a worsening, chaotic situation. The U.S. is flying thousands of U.S. troops into Kabul so that it can evacuate all American personnel as well as Afghan interpreters and others who have assisted the U.S. and nongovernmental organizations over the years.

U.S. troops shot and killed two armed men at the Kabul airport and at least three Afghans were killed as they clung to the side of an Air Force jet attempting to evacuate American and Afghan personnel Monday, U.S. officials said.

A pair of massive wildfires within 150 miles of each other are terrorizing thousands in northern California two years after Gov. Gavin Newsom cut … END_OF_DOCUMENT_TOKEN_TO_BE_REPLACED