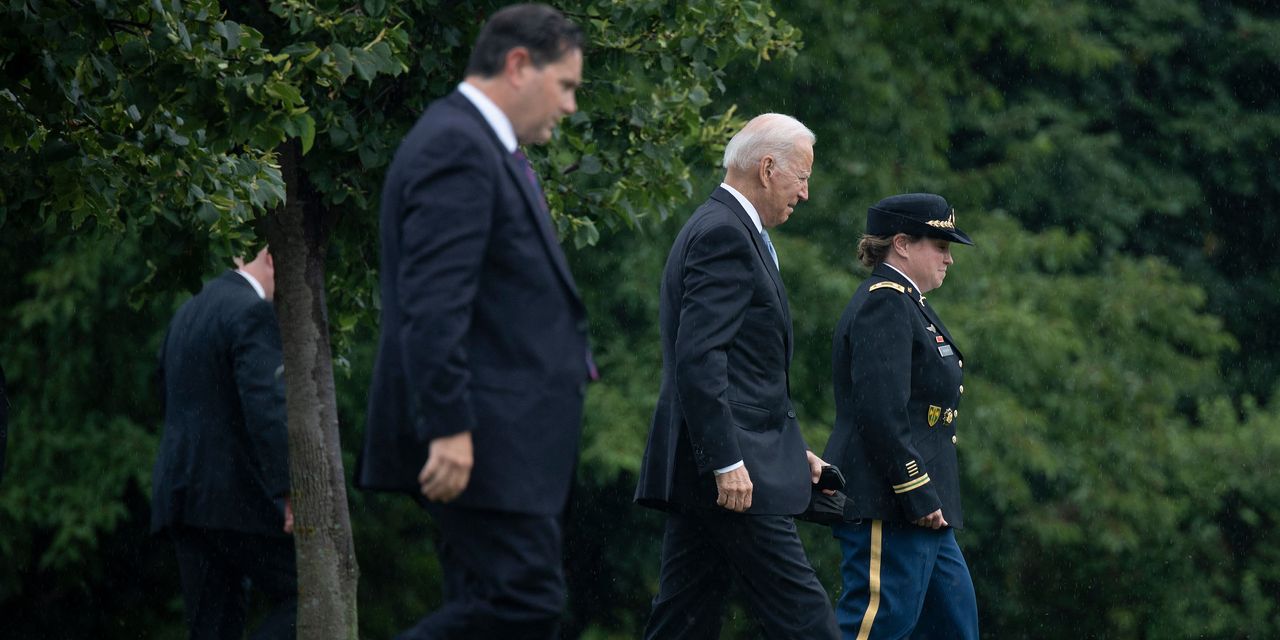 WASHINGTON—In his Monday speech defending America’s chaotic withdrawal from Afghanistan, President Biden said he would not shrink from his share of responsibility.

That would include his decision to bring home U.S. troops, which was made against the recommendations of his top military generals and many diplomats, who warned that a hasty withdrawal would undermine security in Afghanistan, several administration and defense officials said.

The president’s top generals, including Chairman of the Joint Chiefs of Staff Army Gen. Mark Milley, urged Mr. Biden to keep a force of about 2,500 troops, the size he inherited, while seeking a peace agreement between warring Afghan factions, to help maintain stability. Defense Secretary Lloyd Austin, who previously served as a military commander in the region, said a full withdrawal wouldn’t provide any insurance against instability.

In a series of meetings leading up to his decision, military and intelligence officials told Mr. Biden that security was deteriorating in Afghanistan, and they expressed concerns both about the capabilities of the Afghan military and the Taliban’s likely ability to take over major Afghan cities.

Other advisers, including Secretary of State Antony Blinken and national security adviser Jake Sullivan, raised the possibility of Taliban attacks on U.S. forces and diplomats as well as the Afghans who for two decades worked alongside them. Ultimately, neither disagreed with the president, knowing where he stood.

A pair of massive wildfires within 150 miles of each other are terrorizing thousands in northern California two years after Gov. Gavin Newsom cut … END_OF_DOCUMENT_TOKEN_TO_BE_REPLACED