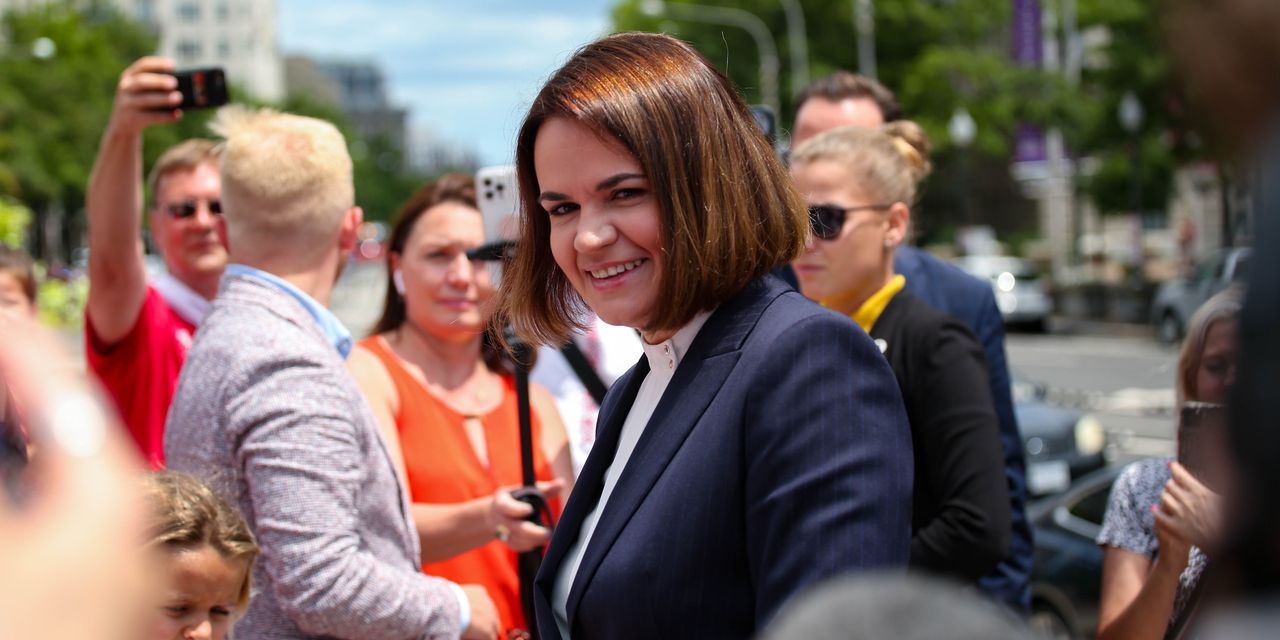 The Biden administration is considering a new round of economic sanctions targeting Belarus and its authoritarian leader after a leading dissident appealed to U.S. officials for stronger U.S. action, according to participants in meetings last week in Washington.

The new sanctions would be in addition to punitive measures imposed by the administration earlier this year and would aim to further isolate the leader, Alexander Lukashenko, nearly a year after he initiated a crackdown on a popular uprising in the country, according to a Belarusian political adviser.

The administration’s deliberations come on the heels of a visit to Washington last week by Sviatlana Tsikhanouskaya, who opposed Mr. Lukashenko in last year’s contested election. In meetings with lawmakers and senior administration officials, Ms. Tsikhanouskaya pressed for tougher sanctions.

Franak Viacorka, a senior adviser to Ms. Tsikhanouskaya, said State Department officials indicated their intent to enact new sanctions, specifically on the Belarusian potash and crude-oil sectors, which Ms. Tsikhanouskaya said are close to Mr. Lukashenko, in addition to being important parts of the country’s economy.

A pair of massive wildfires within 150 miles of each other are terrorizing thousands in northern California two years after Gov. Gavin Newsom cut … END_OF_DOCUMENT_TOKEN_TO_BE_REPLACED