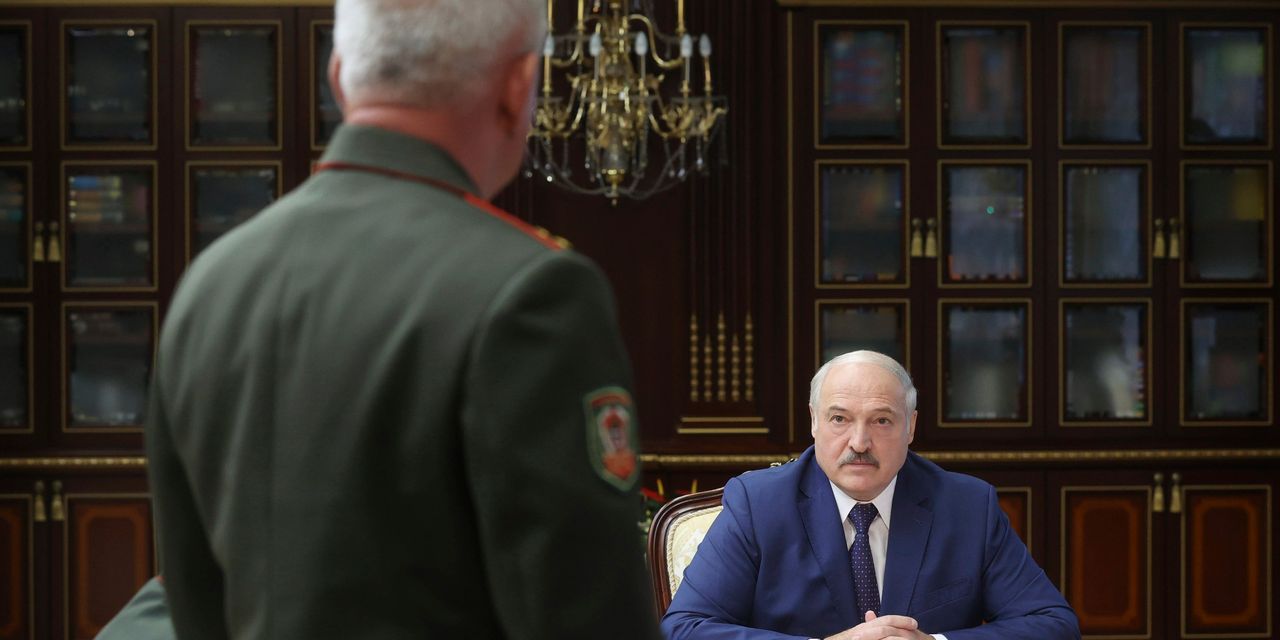 MINSK, Belarus—For months after Belarusian leader Alexander Lukashenko declared himself the victor in presidential elections last year, hundreds of thousands of protesters thronged the streets in weekly protests accusing him of rigging the result.

Foreign governments agreed. The U.S. and European Union applied financial sanctions to respond to the alleged election fraud, the escalation of serious human-rights violations and repression of civil society, in addition to other transgressions.

Instead, a year after the disputed vote, the 66-year-old Mr. Lukashenko has consolidated his control. His mustached face is beamed out on state television; his voice booms from the radio. Government buildings are draped in green-and-red Belarusian flags.

Mr. Lukashenko has largely quashed dissent at home. He has retained the backing of the powerful security services, a branch of which is still known by its Soviet-era name, the KGB, and key opponents have been jailed or forced into exile. According to Viasna, a nongovernmental human-rights group in Minsk, over 600 political prisoners were being held as of July.

State prosecutors have opened more than 4,700 criminal investigations relating to street protests, calling them extremists; rights activists say many of those targeted attended peaceful demonstrations or voiced their disapproval of the government on social media, broadening the chilling effect.

A pair of massive wildfires within 150 miles of each other are terrorizing thousands in northern California two years after Gov. Gavin Newsom cut … END_OF_DOCUMENT_TOKEN_TO_BE_REPLACED