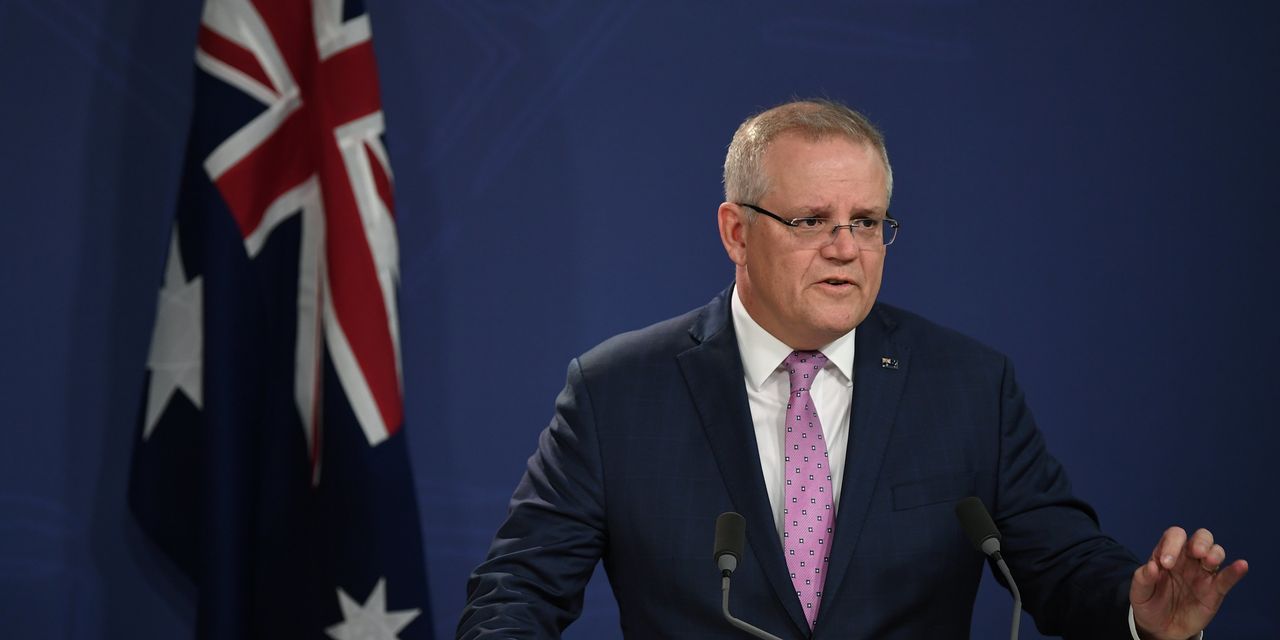 SYDNEY—China’s role as a key driver of the Australian dollar is being re-evaluated in global markets, helping send the currency to levels well below where traditional modeling suggests it should be.

Australia has been a cornerstone supplier of commodities used by an industrializing China over decades, which in turn made the country’s dollar a favorite bet of currency traders and sovereign-wealth funds seeking exposure to Chinese growth while at the same time managing risk.

But souring diplomatic and trade relations between Beijing and Canberra have recently made the Australian dollar less attractive as a proxy for Chinese growth, some analysts say. Angry over Australian Prime Minister Scott Morrison’s call for an international investigation into the first outbreak of Covid-19 in China, China has imposed a series of import restrictions and tariffs on Australian products including coal, wine and barley.

Others cite the burgeoning trade in the Chinese yuan for diminishing the Australian dollar’s appeal. According to the BIS 2019 Triennial Survey, the yuan is now the eighth-most-liquid currency, accounting for US$285 billion of turnover a day, 4.3% of global foreign exchange. That is approaching the Australian dollar’s daily turnover of US$447 billion—even while China continues to manage movements in its currency.

The Australian dollar fell in July to an eight-month low around 72.9 U.S. cents, even though iron ore—Australia’s most valuable export to China by far—hasn’t been affected by the trade dispute. Prices of iron ore have risen to a 10-year high this year, underpinned by stronger steel prices in China since Beijing last year ramped up stimulus spending with a focus on infrastructure.

A pair of massive wildfires within 150 miles of each other are terrorizing thousands in northern California two years after Gov. Gavin Newsom cut … END_OF_DOCUMENT_TOKEN_TO_BE_REPLACED