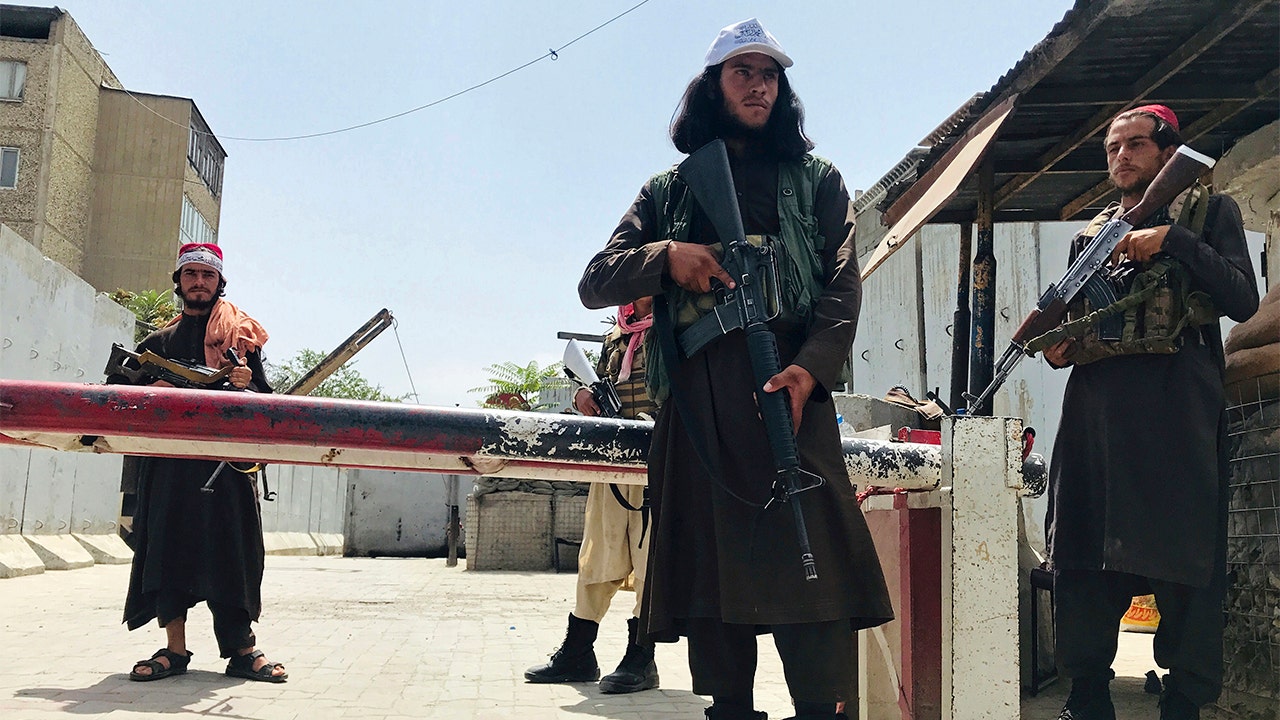 The Taliban on Tuesday said they were working to form a government that would be centered on Sharia law and urged Afghans to live “within the framework of Islam.”

In the first press conference since taking control of Afghanistan on Sunday, spokesperson Zabihullah Mujahid sought to assure the international community that human rights would be respected.

But the rapid 10-day takeover of Afghanistan by the Taliban has left Western nations concerned for the safety of not only Afghans who worked with the U.S. during the 20-year war but for the well-being of women and girls.

What is Sharia law?

Sharia law is an Islamic legal system that derives its principles from the Quran and the Hadith, a collection of teachings from Prophet Muhammad.

The law works as a social and cultural construct that varies between Muslim groups and nationalities.

“When Americans talk about Sharia law, it’s like talking about state law without ever identifying which state we’re talking about,” senior fellow at the American Enterprise Institute (AEI) Michael Rubin told Fox News. “The fact of the matter is there is no single consensus codified version of Sharia law.”

“Different groups have different interpretations,” Rubin added. “The Taliban embrace an interpretation of Sharia law which is far stricter and less tolerant than the vast majority of Muslims.”

How will it affect women?

The Taliban spokesman told reporters on Tuesday that women and girls would be assured certain rights that they were previously denied when Afghanistan was last under Taliban control, from 1996 to 2001.

“We have rights for women in Islam,” the spokesman said, according to a BBC translator. “Our God, our Quran says that [the] woman is a very important part of our society.”

Mujahid said women would be allowed to continue working and receive an education – a policy that would be a stark reversal from when women were largely barred from receiving an education or entering the workforce.

“Our people accept our women are Muslim, they accept Islamic rules. If they continue to live according to Sharia, we will be happy, they will be happy,” the spokesman added.

But Rubin, who spent time with the Taliban before 9/11, argued that the insurgent group previously claimed women were granted working rights by permitting them “limited” career options in certain sectors, like gynecology.

“They didn’t ultimately live up to what Americans envision when they say that women will be allowed to have an education,” said Rubin, who is a former instructor on religious and terrorist studies for units in the U.S. Navy, including SEAL teams.

Rubin also said he is “not very hopeful” when it comes to the future women face in Afghanistan.

What about the remaining Afghani translators?

Up to 2001, the Taliban was known for its extreme use of capital punishment, which they say is dictated by Islamic law.

Petty crimes like theft were traditionally punishable through hand amputation, while those found committing adultery were stoned to death.

It remains unclear if the Taliban will continue its use of extreme public punishment, but the group claims that former U.S. security forces and translators trapped in Afghanistan have nothing to worry about.

Mujahid said amnesty would be granted for those with ties to the U.S. and other Western nations.

“Nobody will go to their doors to ask why they helped,” he told reporters.

But Rubin said he doesn’t believe this position is genuine.

“We are already seeing that they’re using these public statements in these press conferences, less as sincere explanations as what they’re going to do, and more as an asymmetric warfare tactic to distract us while they do what they want to do,” he argued.

Is Sharia law a threat to Western nations?

The AEI senior fellow said Sharia law as a whole does not pose a threat and pointed to the fact that most predominately Muslim nations have some legal parameters based on Islamic beliefs.

But Rubin said the strict interpretation of Sharia law that the Taliban adheres to does pose a threat, as it enables terrorism.

“We don’t want political turmoil, and they have to respect our religious rules,” the Taliban spokesman said Tuesday. “This is how the world works, everybody wants their own rules.

“Arabic countries have their own laws, so we are following our own laws.”

The U.S., Canada, and the European Union have said they have no plans to recognize the Taliban as the new ruling body of Afghanistan.

A pair of massive wildfires within 150 miles of each other are terrorizing thousands in northern California two years after Gov. Gavin Newsom cut … END_OF_DOCUMENT_TOKEN_TO_BE_REPLACED