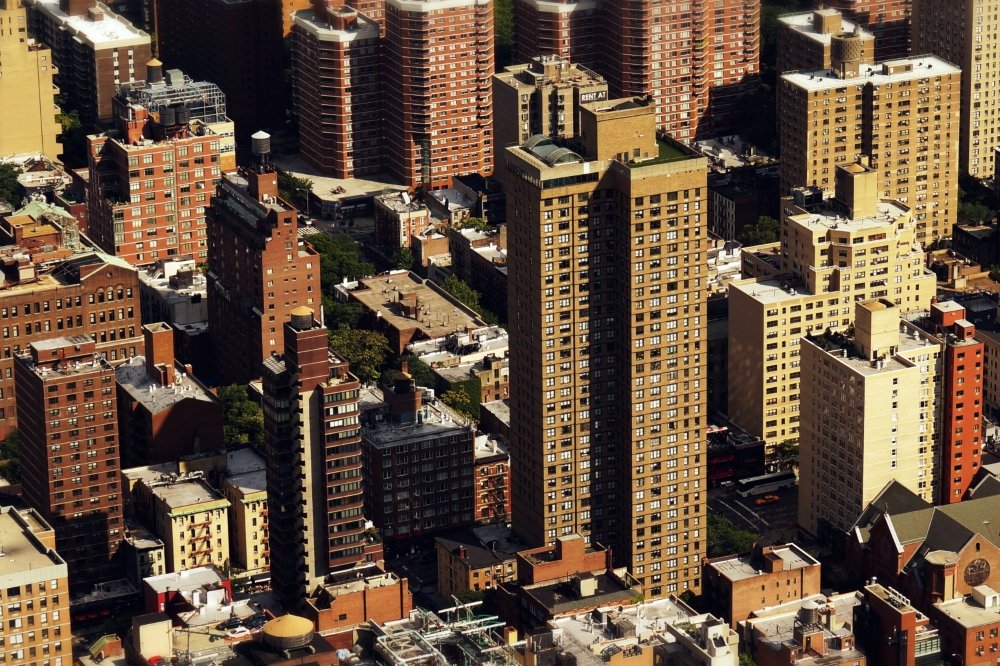 The average rent in America is about $1,700 — an expensive monthly rate for the typical family. Yet, in some states, rents can be much higher, harming the poor and created de facto segregation within cities. For instance, the average rents in New York and California are $2,500 and $2,800 respectively. Why? One of the largest culprits is zoning laws.

In New York, California, and many other cities and states, it’s illegal to construct a building of a certain height unless it’s in a particular area, or sometimes not at all. Ultimately, such policies prevent the creation of high-density buildings as well as the increased availability that leads to more housing and thereby lower rents for everyone.

One pertinent study from economist Andreas Mense of the University of Erlangen-Nuremberg found that a 1 percent increase in the amount of housing led to a between 0.4 percent to 0.7 percent decrease in rents for people in the area. Under these numbers, a theoretical doubling of the amount of housing in places like California and New York would lead to rent reductions of between 40 percent and 70 percent. California’s average rent would go from $2,800 to between $1,680 to $840 — a reduction of between $1,120 to $1,960. For its part, in such a scenario, New York would see a decrease of between $1,000 and $1,750.

Furthermore, such effects would likely stimulate the economy via newfound disposable income. Using New York City as an example, where 2.1 million homes are rented, the scenario envisioned above would create between $2.1 and $3.68 billion in disposable income, leading to thousands of new jobs as people spend money while leading to more products being made to meet increased demand in return.

A paper by Xiaodi Li at New York University offers different numbers but still points to decreases. Based in New York City, it shows that for every 10 percent increase in the housing stock, rents decrease by 1 percent within the 500 feet vicinity. New York zoning regulations, however, mandate certain areas a building can be and certain heights that building can be. New York City has a limited amount of space and zoning laws like this prevent that space from being fully realized.

San Francisco is perhaps one of the worst places when it comes to rents because of its zoning laws. The average rent for a one-bedroom apartment is $3,500 and $4,300 for the median across all homes. Its NIMBYs (pro-zoning law advocates often half-affectionately shorthanded as “Not In My Backyard”) are winning elections, securing appointments, and halting high-density developments, keeping out San Francisco’s poor—a sizable share of whom are black Americans.

High rents as a result of these zoning laws lead to segregation. Indeed, a Berkeley study found that while now more than 50 years removed after the Civil Rights Act, the San Francisco Bay Area is still segregated. Worse, most counties in the region are more segregated now than in 1980. The study’s findings also revealed that zoning laws like single-family zoning are explicitly classist and are often used for racist reasons.

Some, especially modern leftists like Rep. Alexandria Ocasio-Cortez, D-N.Y., and Sen. Bernie Sanders, I-Vt., back rent controls that set a price-ceiling on rents, foolhardily believing this will lower costs. The unavoidable problem, however, is that rent controls reduce the amount of housing instead of the rent. Under rent-controlled environments, landlords simply exit markets, builders cease new apartment construction or turn rentals into condos, while owners will defer maintenance. In the end, as Forbes notes, this leads to fewer housing units and lower quality apartments.

The way to reduce high rental rates is not through artificial rent controls that lead to deteriorating apartments, fewer apartments, and rentals becoming condos. It is not through zoning laws that keep out the poor and minorities and lead to modern-day segregation. The way to reduce rents is to build more housing, abolish exclusionary zoning laws like single-family zoning, and allow the principles of the free enterprise system to provide the necessary solution to the rent plague.

Obaidullah Amin made his way last week to the Kabul airport with his wife, Maryam, and their two children, joining thousands of other Afghans … END_OF_DOCUMENT_TOKEN_TO_BE_REPLACED