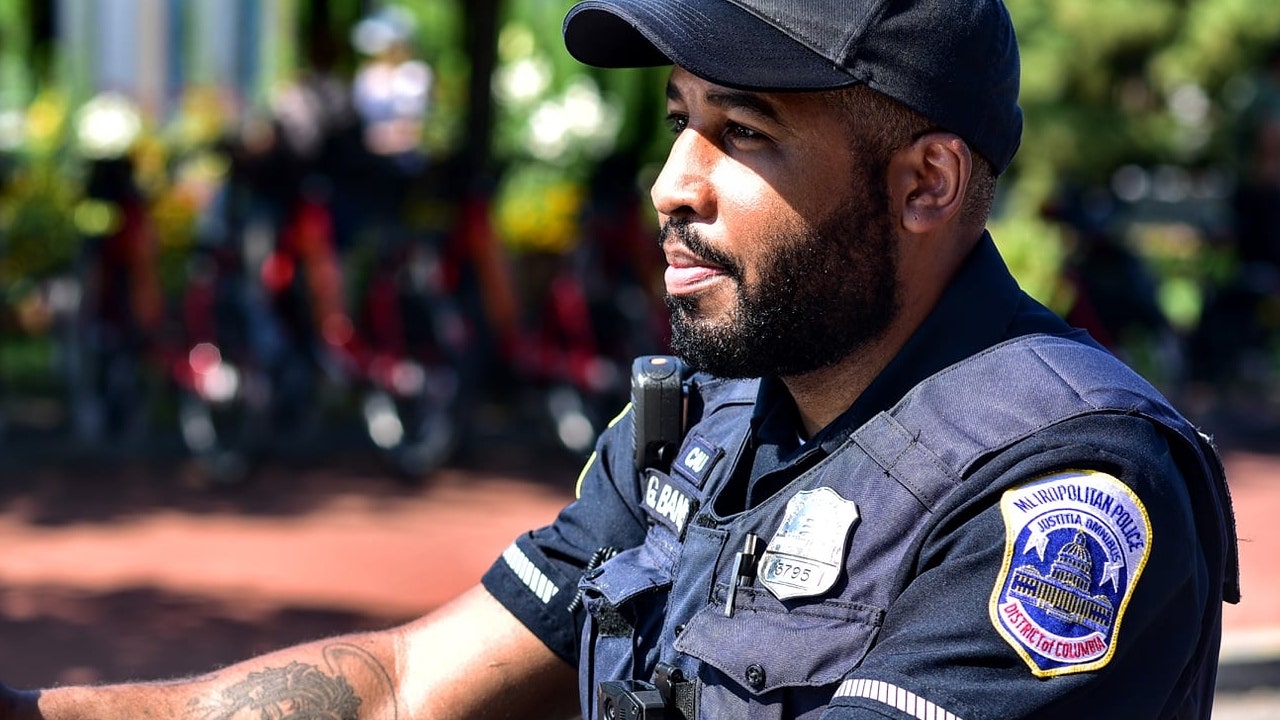 Crime in Washington, D.C., over the past week has prompted concern among police and residents.

Those incidents follow a bloody weekend in which a 6-year-old girl was killed by gunfire and shots were fired outside a Major League Baseball stadium.

He mentioned an increase in carjacking and robberies, in particular, noting that auto theft seems to be “a gateway crime” that leads criminal suspects to partake in other illegal activity.

“They steal that car after robbing someone, usually by force with a firearm, and after that, they’re usually not done. They’re [on a] crime spree. They’re just beginning,” Marinos said. “So they’re going to use that vehicle to drive recklessly through the city, rob other individuals to use that car to get away. … And unfortunately, carjacked vehicles are often used for shootings.”

The officer believes residents are “definitely” concerned with crime in the city right now, and “the vast majority want good, responsible, professional policing.”

“However, there is a very small minority of very vocal activists who have other plans,” Marinos said. “…The City Council is being moved by [the activists], and that is causing this horrible legislation, which, in turn, is harming the police department, which, in turn, is making the…city less safe.”

D.C. Mayor Muriel Bowser said Monday she is directing the city’s police department to use as much overtime as is necessary to combat gun violence in a letter to the D.C. City Council after lawmakers voted to limit when officers could use overtime.

A gunman appeared to open fire on another vehicle in broad daylight on Wednesday. (DC Metropolitan Police Department)

“Over the past year, the District of Columbia has been grappling with a sustained increase in gun violence,” Bowser wrote. “The terrible incidents of this past weekend, including the tragic murder of six-year-old Nyjah Courtney, illustrates how far we still must go to address the brazen shooters in our neighborhoods.”

“No one wants to fear for their child’s life as they go to school or walk down the street. But in parts of the District – that is a daily reality,” he said. “We must be clear-eyed that violence has long plagued parts of our city that too often get overlooked – particularly low-income communities of color. It is our job as elected leaders to do everything we can to stop it, prevent more senseless deaths, and make every part of the District safer.”

Police feel Bowser has been supportive but have concerns about the City Council’s decisions starting around June of 2020.

“Welcome to Washington, D.C. Where violent crime permeates everything,” the police union tweeted on June 18 after the Nationals Stadium shooting. “It is a tragedy that elected officials won’t let us do our jobs.”

Bowser voiced concerns when the City Council voted in July of 2020 to reduce police department funding by $15 million and freeze hiring. Bowser’s office told The Washington Post that the hiring freeze will leave the department with an estimated 3,460 sworn-in officers compared to the department’s 3,800 officers that were employed before the COVID-19 pandemic struck.

In her 2022 fiscal year budget released in May, however, Bowser increased funding for public safety initiatives by $45 million but did not include any additional funding for the police department. She also plans to hire just 135 new officers next year compared to the 280 new officers the department typically hires each year, according to the Post.

Still, police are facing staffing shortages and low morale. Recent legislation has led some officers to leave the department and is making it difficult to recruit “quality individuals,” Marinos said.

Year-over-year, the city’s violent crime rate is down, but motor vehicle thefts and robberies are up, according to citywide crime statistics.

While the District’s homicide rate has seen zero change compared to the same time period in 2020, as of Tuesday, the MPD has reported 15 killings compared to the 198 total killings for all of 2020.

Marinos encouraged residents to speak up against crime in their neighborhoods and said they should try to make their voices heard among elected officials if they have concerns.

A pair of massive wildfires within 150 miles of each other are terrorizing thousands in northern California two years after Gov. Gavin Newsom cut … END_OF_DOCUMENT_TOKEN_TO_BE_REPLACED