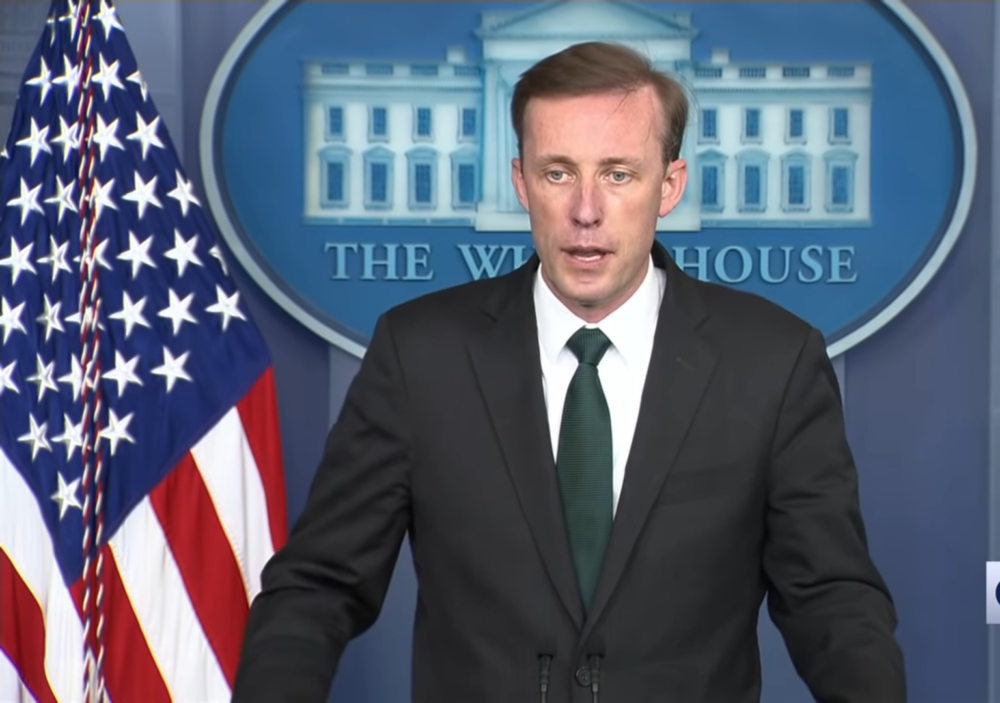 The Taliban’s seizure of Afghanistan — emboldened by President Joe Biden’s senseless decision to rush U.S troops out of the country without a plan — blindsided the Afghan government, the Afghan military, and America’s allies. This reckless decision has led to bipartisan criticism in the United States and from our global allies, and ridicule by America’s adversaries.

Biden’s attempts to blame everyone but himself for this fiasco, his refusal to take press questions for nearly a week (except from sycophantic George Stephanopoulos), and his decision to hide at Camp David while these events unfolded have only intensified criticism.

As commander-in-chief, Biden is at fault for this disaster. But his senior national security advisers also bear responsibility for implementing his irresponsible Afghanistan policies instead of resigning and reporting them to Congress.

It’s important to stress that Biden had bad instincts on national security when he was a younger man. Former Secretary of Defense Robert Gates wrote that Biden “has been wrong on nearly every major foreign policy and national security issue over the past four decades.”

Now that Biden appears to be suffering from mental decline, he is making national security decisions that are irrational and dangerous. This extends beyond Afghanistan, to nuclear talks with Iran and failing to secure our southern border.

If Biden Can’t Be Replaced Now, Replace His Yes-Men

In a perfect world, Biden would immediately resign, be impeached, or be removed from office under the 25th Amendment for this unprecedented incompetence and dereliction of duty.

To remove the president under the 25th Amendment, the vice president and the majority of the cabinet would need to determine that Biden is unfit for office. Congress would then need to approve that process by a two-thirds vote in both chambers. It is hard to see how a majority of Biden’s cabinet or two-thirds of the Democrat-controlled Congress would agree to such action.

Impeachment would require passage of articles of impeachment by a majority of the House and conviction and removal by a two-thirds vote in the Senate. Democrats will not permit this now, but it might be possible in early 2023 if Republicans take control of Congress in the 2022 midterm elections.

Since removing Biden from office is not possible right now, other action must be taken: replacing his top national security advisers with experts who have the experience, principles, and gravitas to reverse the damage Biden is doing to our national security and will stand up to future unsound and dangerous decisions by this president.

It is pointless now for National Security Adviser Jake Sullivan, Secretary of Defense Lloyd Austin, and Joint Chiefs of Staff Chairman Mark Milley to claim or leak to the press that they opposed Biden’s decision to rapidly withdraw U.S. troops from Afghanistan. They knew this decision was wrong and dangerous. They were duty-bound to resign and report Biden’s reckless decision to Congress.

Making this worse, most of Biden’s senior national security advisers are unqualified yes-men. Putting aside buffoonish Vice President Kamala Harris, Secretary of State Antony Blinken and National Security Adviser Jake Sullivan are third-stringers out of their league. And Secretary of Defense Lloyd Austin apparently has so little influence with Biden that the president forgot his name at a press conference.

Is there a chance Biden would ever make such moves? There might be, because replacing his national security team would be seen as taking bold and decisive action in response to outrage over his Afghanistan policy and questions about his leadership.

Biden and congressional Democrats also might support this course of action because it would allow Biden to shift the blame for his Afghanistan policy onto others. Although this would be highly unfair and dishonorable, it may be necessary to convince Biden to name some highly qualified and principled people as his top national security advisers.

Biden’s senseless Afghanistan policy and unmistakable signs of his mental decline strongly suggest he is not capable of serving as commander-in-chief. Democrats almost certainly will not agree to remove him, so their Republican colleagues must pressure them to pursue the next best option: surrounding Biden with highly qualified and principled national security experts who will not tolerate more irrational national security decisions.

Fred Fleitz is president and CEO of the Center for Security Policy. He served in 2018 as deputy assistant to the president and chief of staff of the National Security Council. Fleitz held national security jobs for 25 years with the CIA, DIA, Department of State, and the House Intelligence Committee staff. Twitter: @fredfleitz

Obaidullah Amin made his way last week to the Kabul airport with his wife, Maryam, and their two children, joining thousands of other Afghans … END_OF_DOCUMENT_TOKEN_TO_BE_REPLACED