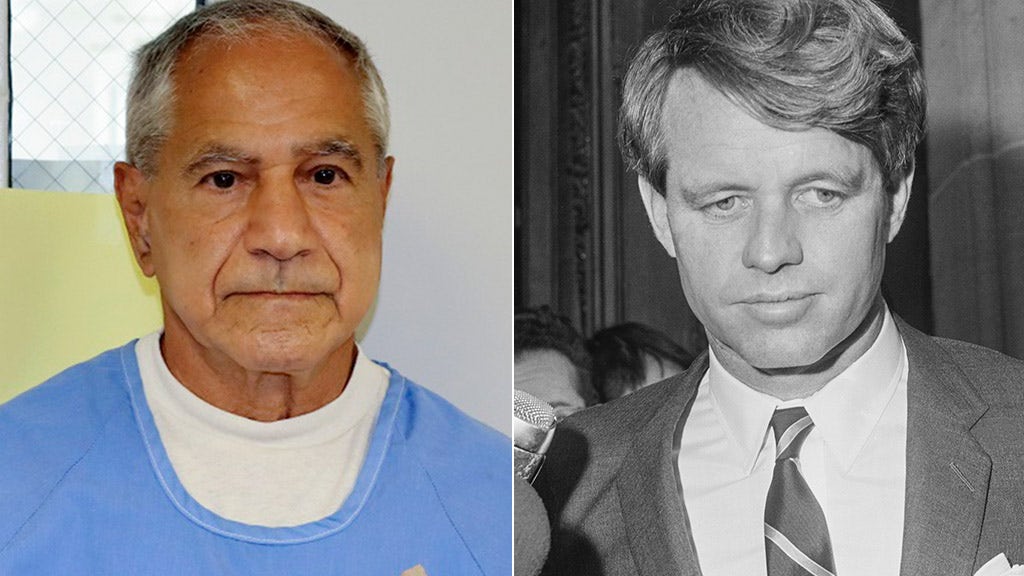 The man who assassinated Robert Kennedy, Sirhan Sirhan, may go free after being granted parole by a California board Friday after spending more than 50 years in prison.

“I believe that all prisoners who are no longer a threat to themselves or others should be released from prison. I do not believe prison should be used as a punishment,” Kennedy, a Fox News correspondent, said.

Sirhan told the California parole board “I would never put myself in jeopardy again. You have my pledge. I will always look to safety and peace and non-violence.”

Kennedy spoke at Sirhan’s parole board, and said that experience allowed him to “see him as a human being.”

“All human beings are worthy of compassion and love, and I believe he is as well,” Kennedy said.

This is Sirhan’s sixteenth attempt at parole, which will now go before a two-member review panel and requires final approval from California Gov. Gavin Newsom.

Six of Robert Kennedy’s children object to Sirhan’s release, saying in a statement “Our father’s death impacted our family in ways that can never adequately be articulated, and today’s decision by a two-member parole board has inflicted enormous pain.”

Kennedy said he comes from a very large family, and he respects their differing opinions on the situation.

“I have a lot of compassion for my siblings and their stance, this is a traumatic and awful experience to not only grow up without a father but also to watch the images of our father being killed over and over on television,” he said.

Sirhan killed Robert Kennedy, then a Democratic U.S. senator from New York and brother of President John F. Kennedy, in 1968 at the Ambassador Hotel in Los Angeles. Sirhan said he was angry at Kennedy for his support of Israel and was convicted of first-degree murder.

A pair of massive wildfires within 150 miles of each other are terrorizing thousands in northern California two years after Gov. Gavin Newsom cut … END_OF_DOCUMENT_TOKEN_TO_BE_REPLACED