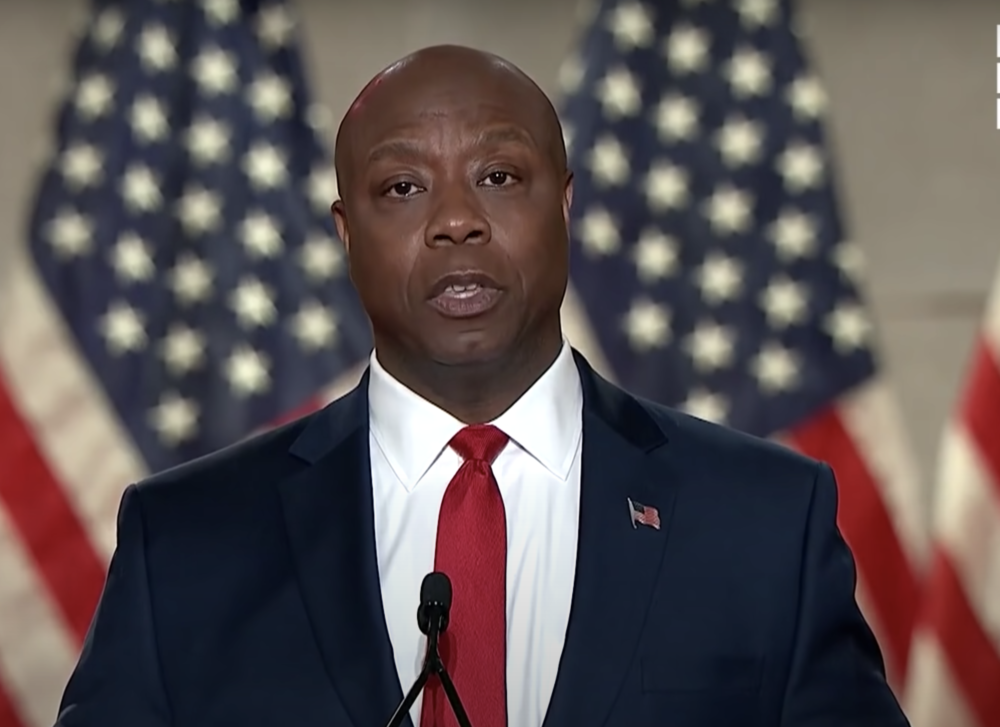 The Washington Post’s lead “fact-checker” Glenn Kessler issued a hit piece against Sen. Tim Scott on Friday targeting him for his black heritage.

Using the guise of a “fact-check,” Kessler spent nearly 30 paragraphs analyzing census documents and other records to try to counteract Scott’s claims that his grandfather left elementary school to pick cotton and “never learned to read or write.”

While the article sets out to prove Scott wrong, it confirms the narrative that the senator has repeated in his book and from the political podium multiple times. While Scott believed his grandfather, Artis Ware, dropped out of school in third grade, Kessler claimed to have uncovered that Ware may have left school in the fourth grade, a slight inconsistency which even Kessler admitted could occur because the records are old.

Despite the slight difference in his grandfather’s age when he left school, Kessler glossed over the fact that Ware worked “55 hours a week” in cotton fields at a young age in order to attack Scott for amplifying his family history “for political consumption.”

“Artis appears to have been able to sign his name, according to his 1942 World War II draft registration card and home mortgages obtained in 1998 and 2007,” Kessler wrote, which he noted could be used as evidence in direct contrast with Scott’s claims that Artis “never learned to read or write.”

Not only did Kessler frame the sham fact-check to suggest Scott inherited a privileged heritage because his family bought land instead of participating in sharecropping, but he concluded the article by admitting that the corporate outlet would not give the Republican’s statements their usual Pinnochio rating.

Kessler concedes that Scott is probably not relying on “detailed examination of records,” but his own memories of his grandfather:

Scott tells a tidy story packaged for political consumption, but a close look shows how some of his family’s early and improbable success gets flattened and written out of his biography. Against heavy odds, Scott’s ancestors amassed relatively large areas of farmland, a mark of distinction in the Black community at the time. Scott, moreover, does not mention that his grandfather worked on his father’s farm — a farm that was expanded through land acquisitions even during the Great Depression, when many other Black farmers were forced out of business.

HT @ellie_bufkin
“Some enterprising Black families purchased property as a way to avoid sharecropping and achieve a measure of independence from White-dominated society.” Could this read any more like “Scott’s uppity black family dared not be beholden sharecroppers?” 1/ https://t.co/XYycxBGMUI pic.twitter.com/Lip6qQ5d7q

The Washington Post did not respond to The Federalist’s request for comment or questions about whether other politicians who tout their heritage for political points will be subject to the same nit-picky scrutiny applied in this article.

Critics mocked Kessler for the propagandistic article clearly targeting Scott. Some hinted that the attack could be seen as racist.

Whitest of white guys does a fact check on Tim Scott’s blackness. https://t.co/oLhgQImEzX

Not exactly covering yourself in glory here @GlennKesslerWP

Scott says his grandfather had to drop out of school at 10 yrs old to pick cotton, but ACKSHUALLY he was 11 & it was only because his father was a cotton farmer & the Great Depression had driven down prices. https://t.co/9OlMWWwYJH

The white leftists trying to nullify Tim Scott’s family’s experience out of anger that they moved up in life and he became Republican are the same ones who defended Elizabeth Warren’s wholly baseless claim of indigenous ancestry.

Democrats and media can lie about what Jim Crow was for weeks on end and not a word from Glenn or his newspaper. Not one.

A black conservative Senator whose grandfather actually lived during Jim Crow comes along.. Glenn is “Now wait just a minute.”

This is a stunning new low. https://t.co/7IuAexC7BA

WaPo’s “fact check” comes the same day as the news that Scott will give the GOP response focused on “working Americans” to President Joe Biden’s congressional address.

Obaidullah Amin made his way last week to the Kabul airport with his wife, Maryam, and their two children, joining thousands of other Afghans … END_OF_DOCUMENT_TOKEN_TO_BE_REPLACED