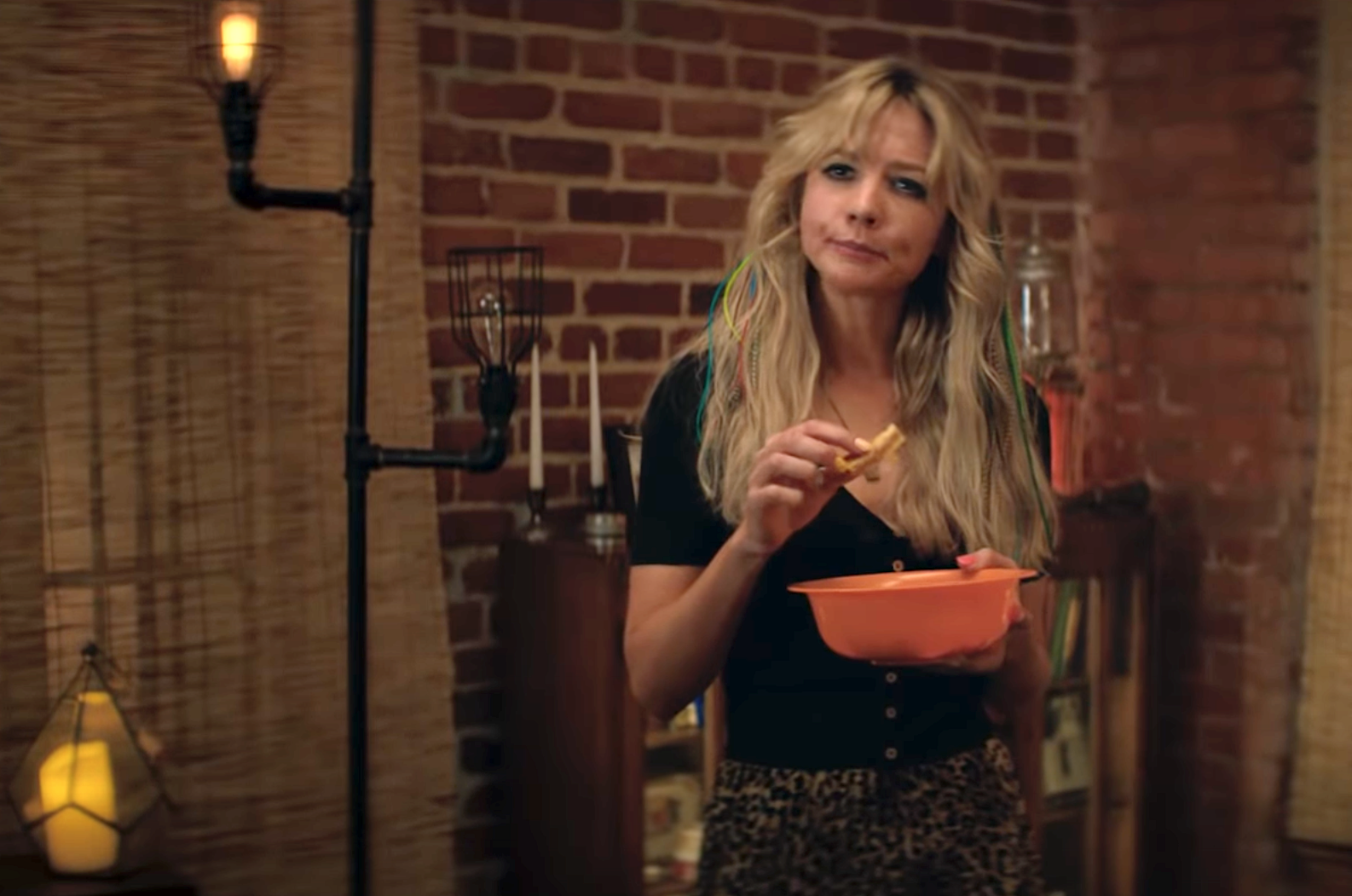 “Promising Young Woman” is riveting if uneven awards-season fare, beautifully shot and well acted, but sometimes untethered from its own reality. To the extent the film castigates what Hollywood might refer to as “the patriarchy,” it’s obvious Oscar bait. But while its politics are focused on a feminist straw man, “Promising Young Woman” is a stomach-dropping commentary on the ambient dangers of the smartphone era.

Carey Mulligan’s enigmatic lead character is at war with an unhelpfully hyperbolized culture of sexual violence. Connie Britton and Max Greenfield’s characters are laughable as intended, but they’re unhelpful figments of the feminist imagination that create a cartoonish rendering of a real problem. Mulligan’s character swings wildly from realistic to cartoonish, with indiscernible motivations that leave everything muddled.

The film wants to feel real and raw and immediate — a painful post-Me Too lamentation — but its hyperbolic, overly ideological detachment from reality dulls the pointed jabs at our culture. “Promising Young Woman” tries to have it both ways, contrasting the cartoonish with the real.  But it fails to execute that as well as a movie like “Get Out” because the lanes are always unclear. All the aforementioned characters make for weird contrasts with Bo Burnham’s standout performance as a plausible love interest. That’s where “Promising Young Woman” gets really interesting.

The realism of Burnham’s character makes his moral failures much more effective as cultural commentary. (That’s true of Alison Brie, as well.) He’s a plausible cinematic rendering of a real man and, as such, his fate packs a stronger punch. Seemingly good people are capable of evil in trying circumstances, which men and women embroiled in drunken college revelry confront much too often.

For people like Burnham and Brie’s characters, and all of us who came of age in the frenzied frontier of smartphone technology, the reckoning of “Promising Young Woman” represents the realization of a looming threat. Delayed justice for youthful indiscretions is a very real phenomenon that mature adults now have to accept. “Promising Young Woman” taps into this reality with unprecedented clarity.

That isn’t to compare the horrific crime at the heart of “Promising Young Woman” to the alleged crimes of “cancel culture” victims from resurfaced Halloween costumes circa 2006. It is, however, to say the profound, panopticonic shift induced by smartphone technology means a generation of doctors like Burnham’s character and housewives like Brie’s face the possibility of resurfaced documentation of heinous behavior they’d prefer to forget. Sometimes, as in this case, that will be good.

Sometimes it won’t. Either way, it creates an ambient threat of personal destruction, which is an underappreciated aspect of the millennial psychology. A camera-less environment is exceedingly rare, and increasingly so. Generation Z is adapting to this with more perspective than millennials had, but will still face the disorienting boomerang of youthful irrationality cutting down adult existences, in all their suburban banality.

Burnham and Brie’s more realistic characters tap into this ambient threat poignantly. In that sense, “Promising Young Woman” is a powerful millennial movie, effectively conveying the terror and justice and moral mess created by the Wild Wild West of the smartphone’s earliest introduction to society. Like the drunken collegiate violence captured in the resurfaced video of “Promising Young Woman,” it will always be with us, for better and for worse.

A pair of massive wildfires within 150 miles of each other are terrorizing thousands in northern California two years after Gov. Gavin Newsom cut … END_OF_DOCUMENT_TOKEN_TO_BE_REPLACED