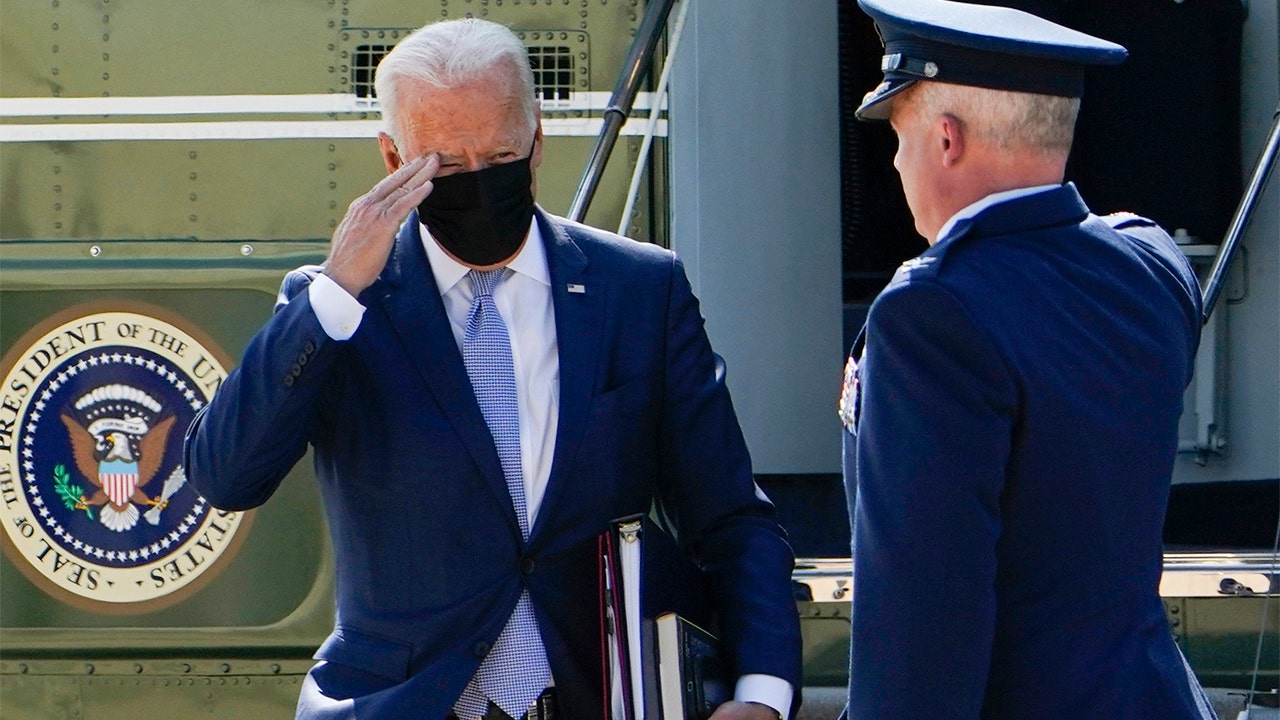 President Biden and Vice President Kamala Harris avoided appearing on camera as Kabul, the capital city of Afghanistan, fell to the Taliban on Saturday and Sunday.

Biden spent the weekend at the Camp David presidential retreat, going on vacation as the situation worsened in Afghanistan.

Although Biden did release a written statement on Afghanistan on Saturday, he did not go on camera to reassure the American people as news broke that officials were destroying documents in the U.S. Embassy in Kabul and even taking the American flag down from the site. He has yet to speak directly to the American people on camera directly after Afghanistan’s president, Ashraf Ghani, fled the country and after the Taliban stormed the presidential palace in Kabul, with “with “exclusive” access granted to the terrorist-linked Al Jazeera network.

A senior administration official told another network that Biden would address the nation “in the next few days” about the crisis in Afghanistan.

A member of Congress on a foreign affairs committee call said, “We’ve heard more from the Taliban than we’ve heard from Biden,” according to Fox News White House Correspondent Jacqui Heinrich.

Republican members of Congress have slammed Biden for going on vacation at such a time.

“Why is Joe Biden on vacation?” Rep. Jim Jordan, R-Ohio, asked on “Sunday Morning Futures.” “I don’t think he’s taken one question from the press this entire weekend, so this is a frightening situation.”

Banks took a conference call briefing for members of Congress on Sunday. “It’s clear the Biden administration was caught unprepared, didn’t anticipate this catastrophe and the President is hiding & asleep at the wheel,” he remarked on Twitter.

In his statement on Saturday, Biden pledged not to allow the conflict in Afghanistan to continue, citing the enormous cost the 20-year war has already imposed on America. He attempted to blame former President Donald Trump for the situation, and warned the Taliban that attacks on U.S. personnel would be “met with a swift and strong U.S. military response.”

He authorized the deployment of approximately 5,000 U.S. troops to ensure “an orderly and safe drawdown of U.S. personnel and other allied personnel, and an orderly and safe evacuation of Afghans who helped our troops.” He directed his administration to support President Ghani and other Afghan leaders as they pursue “a political settlement,” ostensibly leaving the Taliban in control.

Biden issued a stern warning to the Taliban, saying that “any action on their part on the ground in Afghanistan, that puts U.S. personnel or our mission at risk there, will be met with a swift and strong U.S. military response.”

He concluded by suggesting that Trump was to blame for the situation.

“When I came to office, I inherited a deal cut by my predecessor—which he invited the Taliban to discuss at Camp David on the eve of 9/11 of 2019—that left the Taliban in the strongest position militarily since 2001 and imposed a May 1, 2021 deadline on U.S. Forces. Shortly before he left office, he also drew U.S. Forces down to a bare minimum of 2,500,” Biden wrote.

“I was the fourth President to preside over an American troop presence in Afghanistan—two Republicans, two Democrats. I would not, and will not, pass this war onto a fifth,” he concluded.

A pair of massive wildfires within 150 miles of each other are terrorizing thousands in northern California two years after Gov. Gavin Newsom cut … END_OF_DOCUMENT_TOKEN_TO_BE_REPLACED