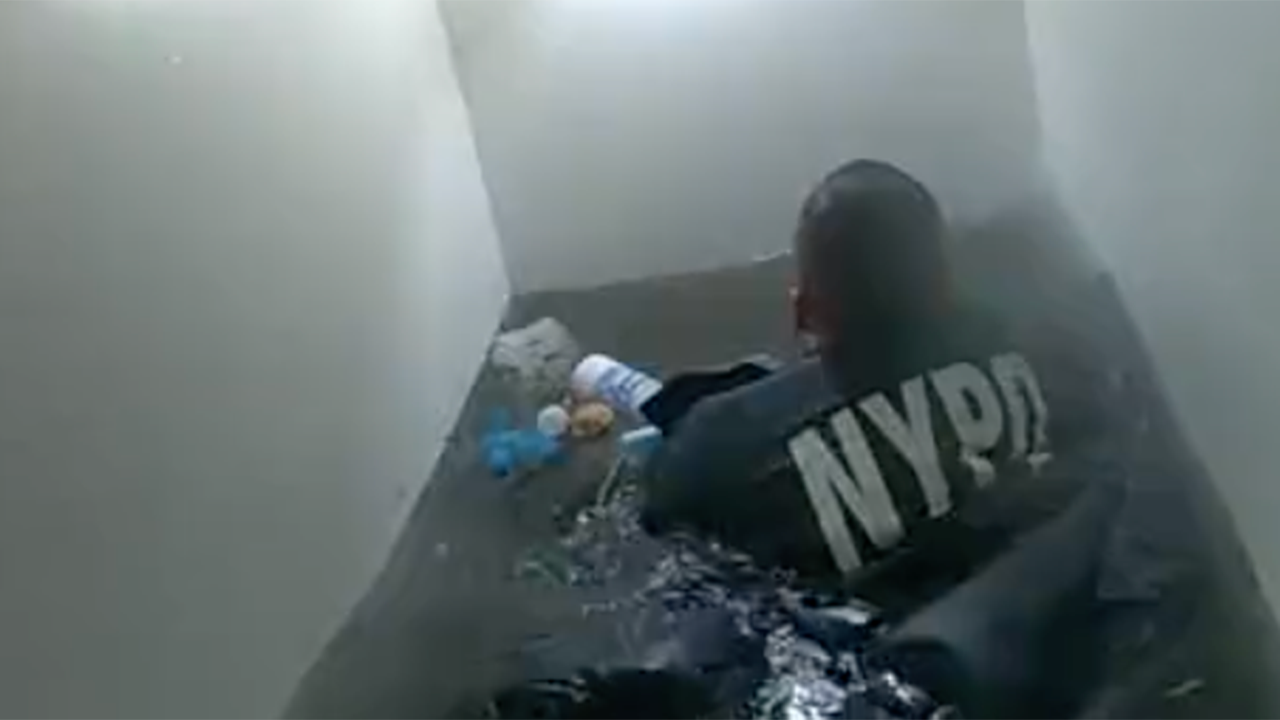 Two NYPD officers in Queens submerged themselves in a flooded basement on Wednesday after receiving a report of a residence underwater, body camera footage released by the police department shows.

The pair of officers responded to the call at 10:00 p.m. as the remnants of Hurricane Ida dumped heavy rainfall across New York City.

“Upon arrival, police observed the water levels from the rain were approximately two feet above street level through the first floor of the location with the basement completely submerged,” an NYPD spokesperson told Fox News in a statement.

The video shows one officer diving underwater to try to find anyone who might be in danger while his partner holds onto his jacket.

The officers were unsuccessful, and FDNY rescue divers recovered the bodies of a 40-year-old female, a 50-year-old male, and a 2-year-old male about an hour later. They were pronounced dead at the scene.

At least 13 people died in New York City during the storm, 11 of which were in flooded basements.

“We did not know that between 8:50 and 9:50 p.m. last night, that the heavens would literally open up and bring Niagara Falls level of water to the streets of New York,” New York Gov. Kathy Hochul said on Thursday.

A pair of massive wildfires within 150 miles of each other are terrorizing thousands in northern California two years after Gov. Gavin Newsom cut … END_OF_DOCUMENT_TOKEN_TO_BE_REPLACED