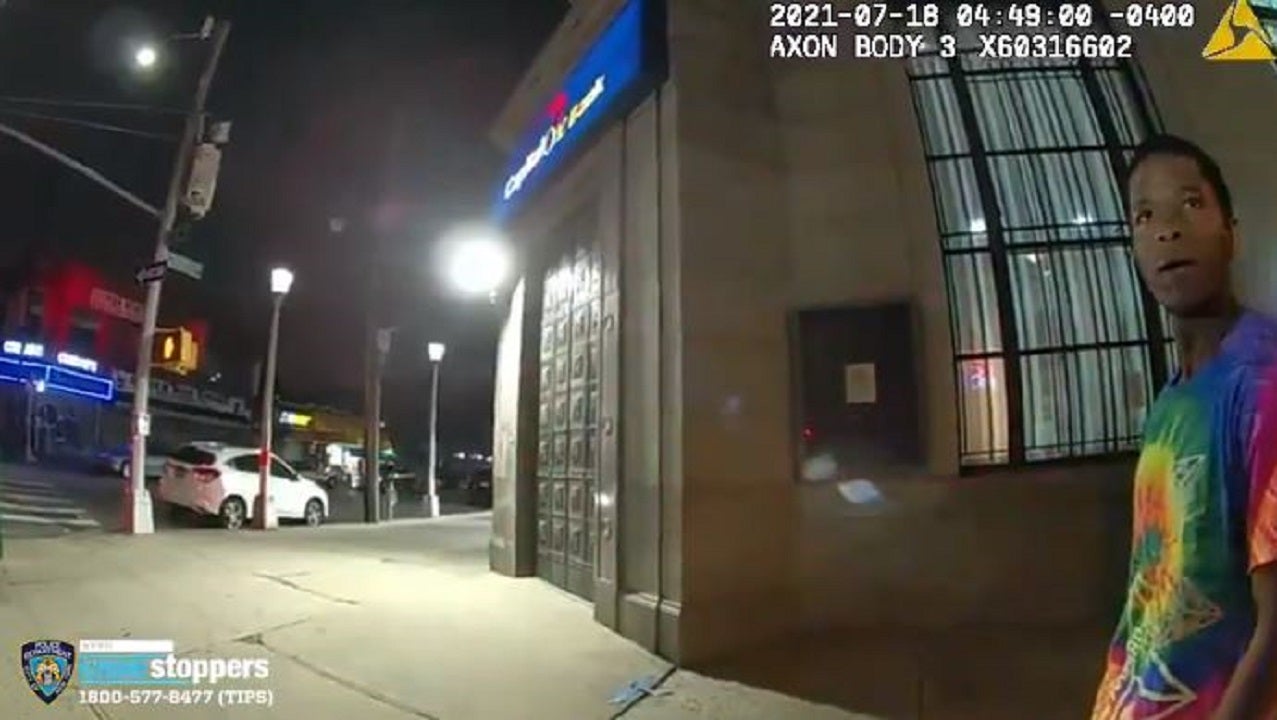 A 27-year-old man with a pair of arrests on charges of assaulting police officers was caught on video early Sunday attacking officer another with a glass bottle, the New York Police Department said.

An NYPD officer was on a Brooklyn street corner around 4:50 a.m. to “address community concerns” when they encountered Tyshaun Holloway, a Hackensack, N.J., resident, police said.

According to police body-camera footage with no audio, Holloway walked up to the officer and the pair conversed for several seconds before the unprovoked attack, authorities said.

During the brief conversation, Holloway appears to try and hit the officer with a glass bottle before taking off on foot. Other officers chased him down and he was arrested.

The unidentified officer sustained a laceration to his neck and head, which required stitches and staples.

Authorities told Fox News he was arrested twice in 2016 for assaulting police officers. Assaults on NYPD officers are up this year, the department said. As of July 11, there were 110 assaults on officers, compared to 100 in same time frame last year, according to police figures.

NYPD Commissioner Dermot Shea said he was thankful the injured officer was not severely hurt.

“He assaulted cops TWICE before. Yet there he was, walking the streets, endangering not only these POs but the entire community. Our justice & mental health systems are dangerously broken,” the union said in a tweet.

Obaidullah Amin made his way last week to the Kabul airport with his wife, Maryam, and their two children, joining thousands of other Afghans … END_OF_DOCUMENT_TOKEN_TO_BE_REPLACED