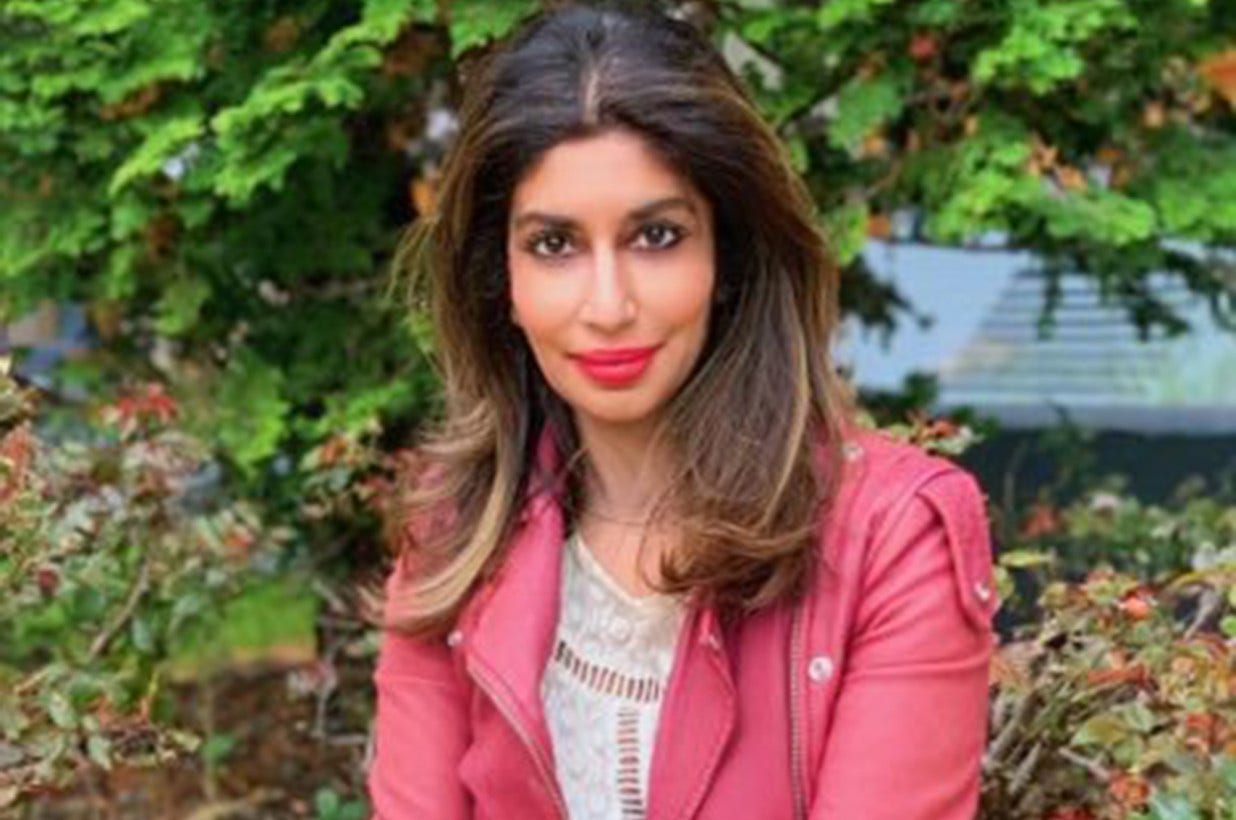 A New York City-based psychiatrist who shared her violent fantasy of shooting white people in the head during an Ivy Leave lecture claims her shocking words were taken out of context.

Dr. Aruna Khilanani, a Manhattan-based psychiatrist and psychoanalyst, told the New York Times on Saturday that she only meant to use “provocation as a tool for real engagement” while saying she dreamed of executing white people.

“Too much of the discourse on race is a dry, bland regurgitation of new vocabulary words with no work in the unconscious,” Khilanani reportedly wrote in an email. “And, if you want to hit the unconscious, you will have to feel real negative feelings.”

Khilanani added that listeners and critics alike should not have taken her words literally — and could instead use them as a therapeutic tool.

“My speaking metaphorically about my own anger was a method for people to reflect on negative feelings,” Khilanani added. “To normalize negative feelings. Because if you don’t, it will turn into a violent action.”

Khilanani, who earned her New York state medical license in 2008, told the Times her lecture was well received at first. She called on Yale to release a video of the lecture in several TikTok videos while insisting to the newspaper that the college should not have been taken aback by its content.

“Something is emotionally dangerous about opening up a conversation about race,” Khilanani wrote in an email. “No one wants to look at their actions or face their own negative feelings about what they are doing. The best way to control the narrative is to focus on me, and make me the problem, which is what I stated occurs in the dynamic of racism.”

Khilanani, who did not return a request for comment from The Post on Monday, said she doesn’t regret her word choice.

“My work is important,” her email continued. “And, I stand by it. We need to heal in this country.”

Khilanani was slammed online over the weekend for her April 6 remarks at the Yale School of Medicine’s Child Study Center, where she revealed her dream of “unloading a revolver into the head of any white person” who dared to get in her way.

During the lecture, titled “The Psychopathic Problem of the White Mind,” Khilanani, who is not affiliated with Yale, said she cut off most of her former white friends five years ago, adding there were “no good apples out there.”

Several faculty members at the Ivy League institution later “expressed concern” about the shrink’s talk while saying its tone and content were “antithetical” to its values, the Yale School of Medicine said in a statement.

The School of Medicine, meanwhile, said it decided to post video of Khilanani’s lecture with access limited to those who were invited to the talk while noting that it added a disclaimer to the footage.

“This video contains profanity and imagery of violence,” the disclaimer reads. “Yale School of Medicine expects the members of our community to speak respectfully to one another and to avoid the use of profanity as a matter of professionalism and acknowledgment of our common humanity. Yale School of Medicine does not condone imagery of violence or racism against any group.”

The weekend wave of criticism of Khilanani’s comments over the weekend included one Yale professor who denounced her on Twitter, saying her words were “deeply worrisome & counter-productive.”

Dr. Nicholas Christakis, a Yale professor of social and natural science, said Monday that Khilanani’s “disturbing fantasies” weren’t even what bothered him.

“Most human beings have disturbing fantasies, and this can be a proper topic for discussion,” Christakis tweeted. “People’s actions are more important than their thoughts or words.”

But Christakis blasted the “pejorative generalizations” used by Khilanani about people based on their race as “unfounded” and troubling.

“It’s her line of argument, leaving aside her sharing of her fantasies, that is problematic and racist,” Christakis tweeted.

Obaidullah Amin made his way last week to the Kabul airport with his wife, Maryam, and their two children, joining thousands of other Afghans … END_OF_DOCUMENT_TOKEN_TO_BE_REPLACED