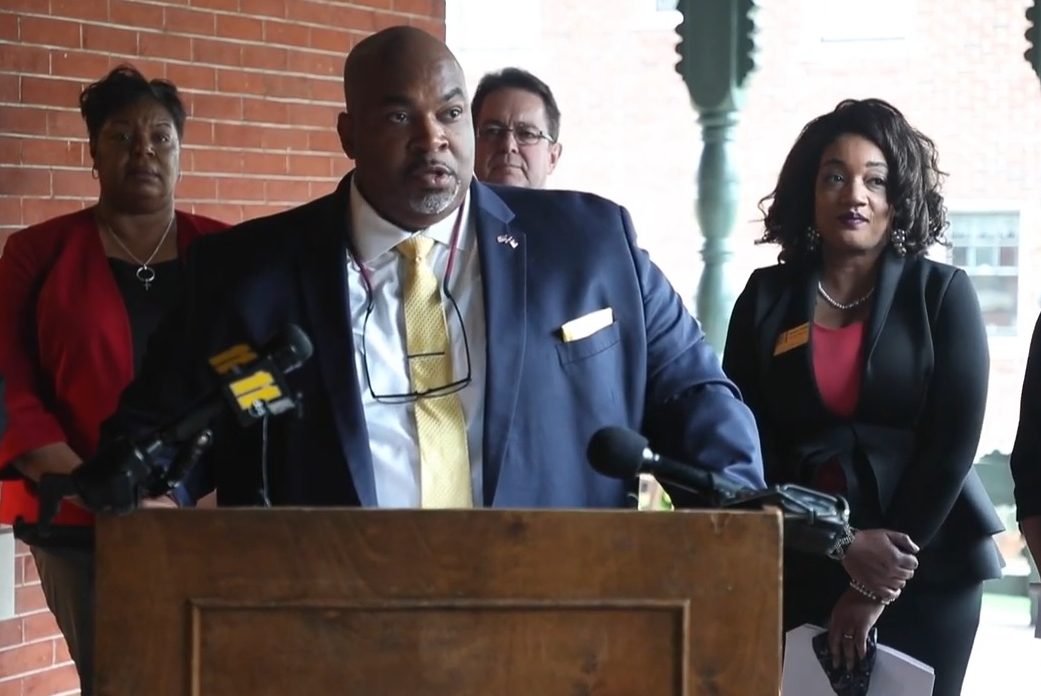 North Carolina Republican Lt. Gov. Mark Robinson, who is black, launched a task force last month to root out left-wing indoctrination in schools as the racist doctrine of critical race theory cements its grip on the upcoming generation in K-12 education.

The “F.A.C.T.S. Task Force: Fairness and Accountability in the Classroom for Teachers and Students” features a tip line where parents, students, and educators may submit examples of discrimination and unequal treatment related to an individual’s faith, ethnicity, worldview, or political beliefs.

“This is not an indictment on education,” Robinson emphasized at a March press conference. He said the new task force was inspired by complaints received from people who lamented that the schools had been taken over by left-wing activists who had effectively criminalized dissent. “We found ourselves besieged by folks who are complaining about things that their students and their children were having to learn in public school, that were contrary to their own beliefs.”

The task force seeks to empower those people with an avenue to air their grievances free of blowback.

“The primary goal of this task force is to allow the voices of concerned citizens to be heard regarding public K-12 education in North Carolina,” the website reads, emphasis included, “to provide a safe and secure setting where education professionals can transmit concerns regarding their school without fear of retaliation.”

As the left’s creed of critical race theory takes hold of schools nationwide as a secular religion, parents, students, and teachers disillusioned with the ideas are increasingly intimidated from speaking out in opposition for valid fear of termination or expulsion. Those who do go on record risk being tarred by colleagues or classmates as racists for daring to question the racist tenets of the left-wing activism shrouded in the moral superiority of social justice.

“There are parents and teachers who are literally afraid to speak up against school boards, against principals, against administrators, and that has got to stop,” Robinson said. “School is supposed to be a safe place where people can go for the purpose of instruction.”

Parents who have been able to speak out against the progressive developments in their schools have begun to organize in other parts of the country. A new national nonpartisan group launched in March, Parents Defending Education, aims to connect parents and teachers in a grassroots effort while taking aggressive legal measures to resist indoctrination infecting the next generation.

“Through network and coalition building, investigative reporting, litigation, and engagement on local, state, and national policies, we are fighting indoctrination in the classroom — and for the restoration of a healthy, non-political education for our kids,” the group’s website reads.

Obaidullah Amin made his way last week to the Kabul airport with his wife, Maryam, and their two children, joining thousands of other Afghans … END_OF_DOCUMENT_TOKEN_TO_BE_REPLACED