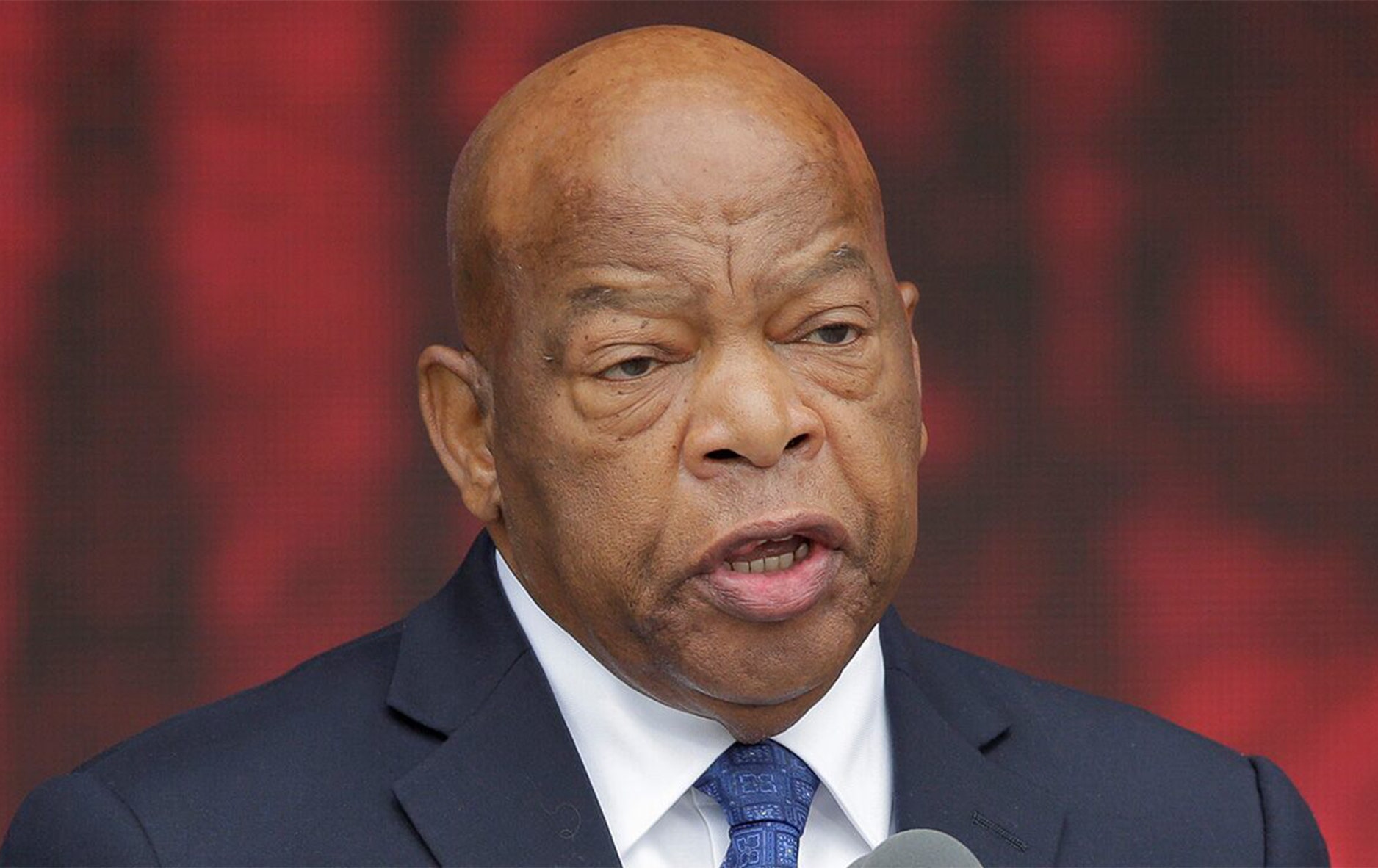 The U.S. Navy christened a ship Saturday named for the late congressman and civil rights leader John Lewis in a San Diego ceremony that marked the one-year anniversary of his death.

House Speaker Nancy Pelosi, D-Calif., led a congressional delegation to the event to honor the achievements of the late congressman and mark the celebration of the naval ship that will sail in his honor.

“This ship will be a beacon to the world, reminding all who see it of the persistence and courage of John Lewis,” Pelosi said.

Actress Alfre Woodard, the ship’s sponsor, had the honor of breaking a bottle of champagne across the bow as part of the traditional christening ceremony. “May God bless this ship and all who sail in her,” Woodard said before cracking the bottle.

The USNS John Lewis is the first ship in its class and will be operated by the Navy’s Military Sealift Command.

The replenishment oiler will transfer fuel to the Navy’s carrier strike group ships operating at sea. The remaining oilers in the John Lewis class will be named for other prominent civil rights activists and leaders, including Harvey Milk, the first openly gay elected official in California, suffragist Lucy Stone and abolitionist Sojourner Truth.

Lewis, D-Ga., died July 17, 2020, after a battle with pancreatic cancer. He was 80. The former chairman of the Student Nonviolent Coordinating Committee (SNCC) and one of the keynote speakers at the historic March on Washington before the Rev. Martin Luther King Jr., Lewis spent his life advocating for the rights of minorities. Lewis served in Congress for 33 years.

Lewis’s nephew Marcus Tyner spoke at the ceremony reminding the crowd that his uncle’s legacy needs to carry on beyond the ship, by Congress passing the voting rights reforms that Lewis had championed.

“We all agree that what is most important at this critical time and would please my uncle most is the passing of the John Lewis voting rights bill,” Tyner told the crowd.

In June 2016, the Navy awarded a $3.2 billion contract to General Dynamics NASSCO in San Diego for the design and construction of the next generation of fleet oilers, the John Lewis-class (T-AO 205) previously known as the TAO(X). The contract calls for the design and construction of six 742-foot-long oilers with a full load displacement of 49,850 tons, according to General Dynamics.

Obaidullah Amin made his way last week to the Kabul airport with his wife, Maryam, and their two children, joining thousands of other Afghans … END_OF_DOCUMENT_TOKEN_TO_BE_REPLACED