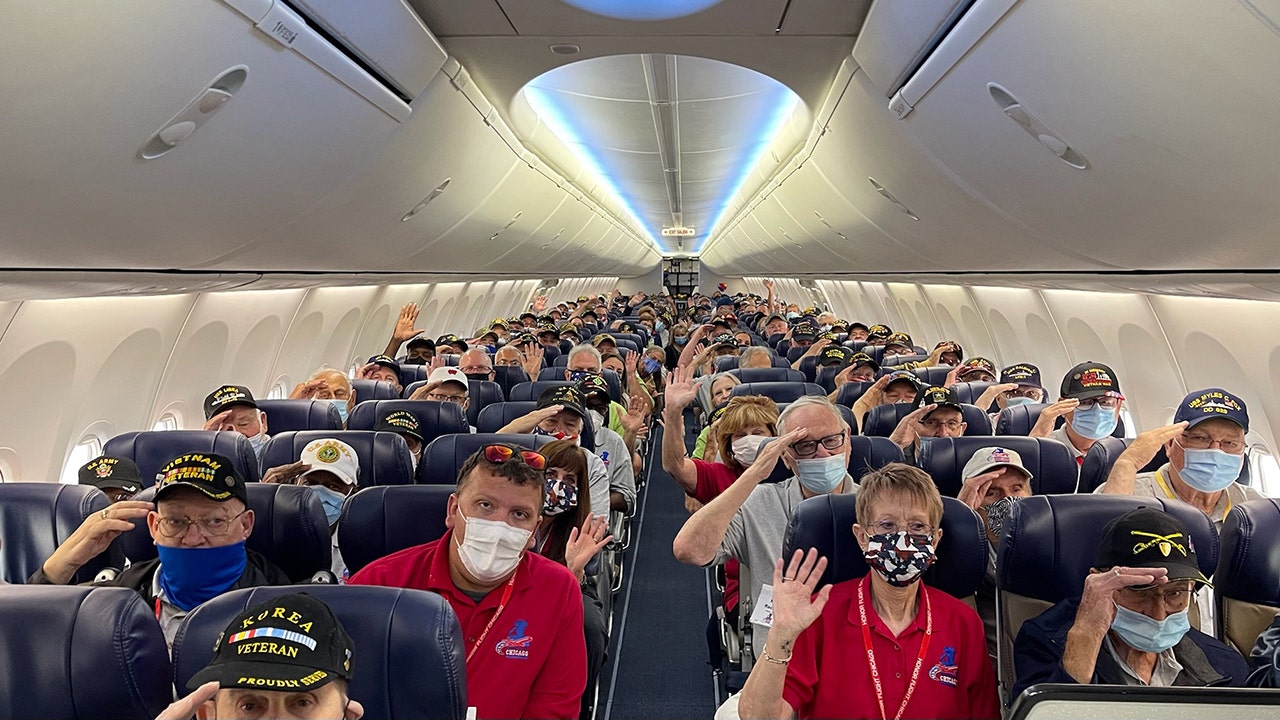 More than 100 senior veterans from three wars flew to Washington, D.C. on Wednesday for a whirlwind tour of the monuments around the nation’s capital that were built in their honor.

The veterans started their day at the U.S. Marine Corps War Memorial, which features the flag-raising at Iwo Jima during World War 11. While there, the veterans were honored with a special performance by the Marine Corps Silent Drill Platoon.

From there, the veterans visited the memorials for the Vietnam, World War II, and Korean wars, as well as the Lincoln memorial and the Udvar-Hazy Air and Space Museum.

Honor Flight Chicago was founded in 2008 to provide veterans with a one-day trip to the nation’s capital to tour the memorials that were built to honor them.

They had to pause trips for 22 months due to the coronavirus pandemic, but Wednesday’s 122 veteran flight marked the restart of their program.

“It was fantastic,” Doug Meffley, the director of Honor Flight Chicago, told Fox News. “It’s so good to finally be back doing what we love with the veterans, who have been so unbelievably patient throughout this whole Covid pause, and to finally be able to give them their day of honor.”

A pair of massive wildfires within 150 miles of each other are terrorizing thousands in northern California two years after Gov. Gavin Newsom cut … END_OF_DOCUMENT_TOKEN_TO_BE_REPLACED