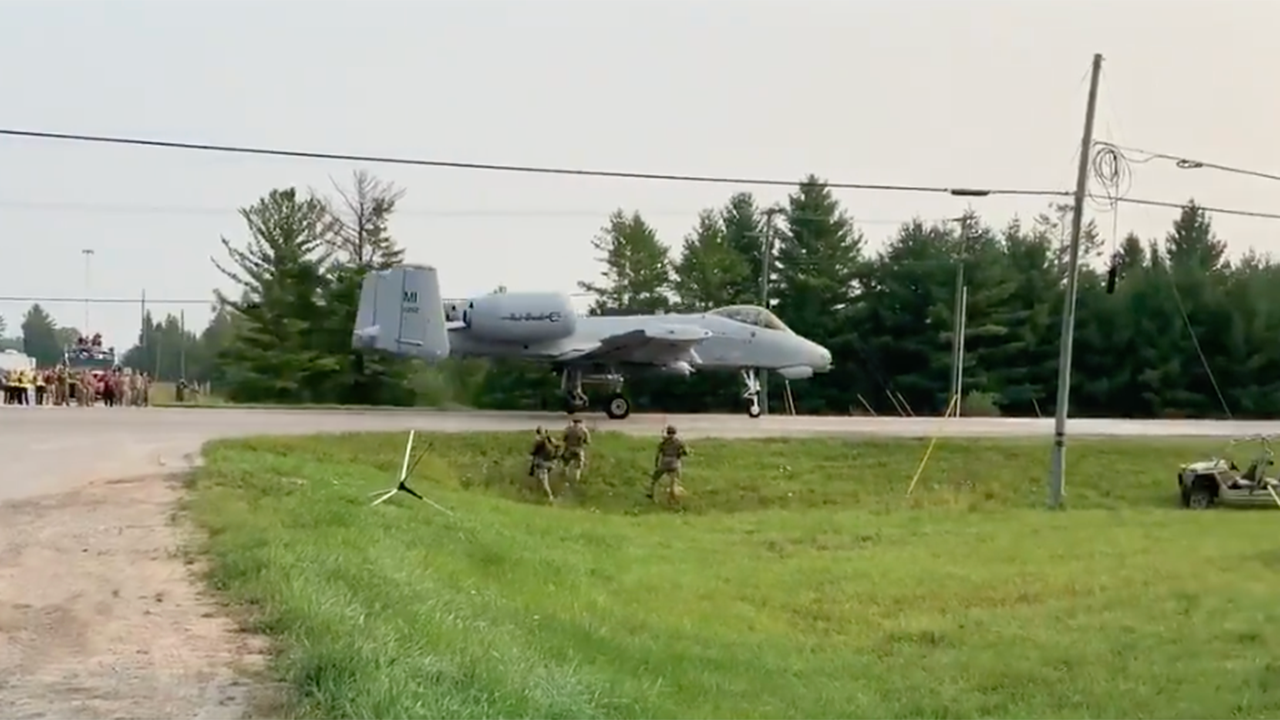 The Michigan Air National Guard took off and landed multiple planes on a four-lane stretch of State Highway M-32 Thursday, which is the first time that modern combat aircraft have intentionally landed on a U.S. civilian road, the Selfridge base said.

Part of M-32 near Alpena in the northwestern part of the state was closed down for the training exercise, which was dubbed “Thunder Landing Zone (LZ).”

“Thunder LZ gave the pilots the opportunity to land in an austere environment that they’re not used to,” U.S. Air Force Lt. Col. Brian Wyrzykowski, the mission commander, said after the exercise. “Our adversaries have advanced weapons systems and advanced technology that they can use against us, so we need to be able to operate efficiently in austere situations and gain proficiency in those operations.”

Four A-10 Thunderbolt IIs, which is a “simple, effective and survivable twin-engine jet aircraft” whose “short takeoff and landing capability permit operations in and out of locations near front lines,” successfully took off and landed on the highway.

Six crewmembers also took off and landed on a C-146 Wolfhound, which is a “twin-engine, high-wing aircraft” designed to provide “flexible and responsive operational movement of small teams and cargo.”

“We actually met with those homeowners directly and the level of support we received from the direct interactions has been, in my mind, unprecedented,” Col. Jim Rossi, commander, Alpena Combat Readiness Training Center, said Thursday. “They’re such a patriotic group of Americans that are up here, willing to support and are as excited as we are to make this happen.”

A pair of massive wildfires within 150 miles of each other are terrorizing thousands in northern California two years after Gov. Gavin Newsom cut … END_OF_DOCUMENT_TOKEN_TO_BE_REPLACED