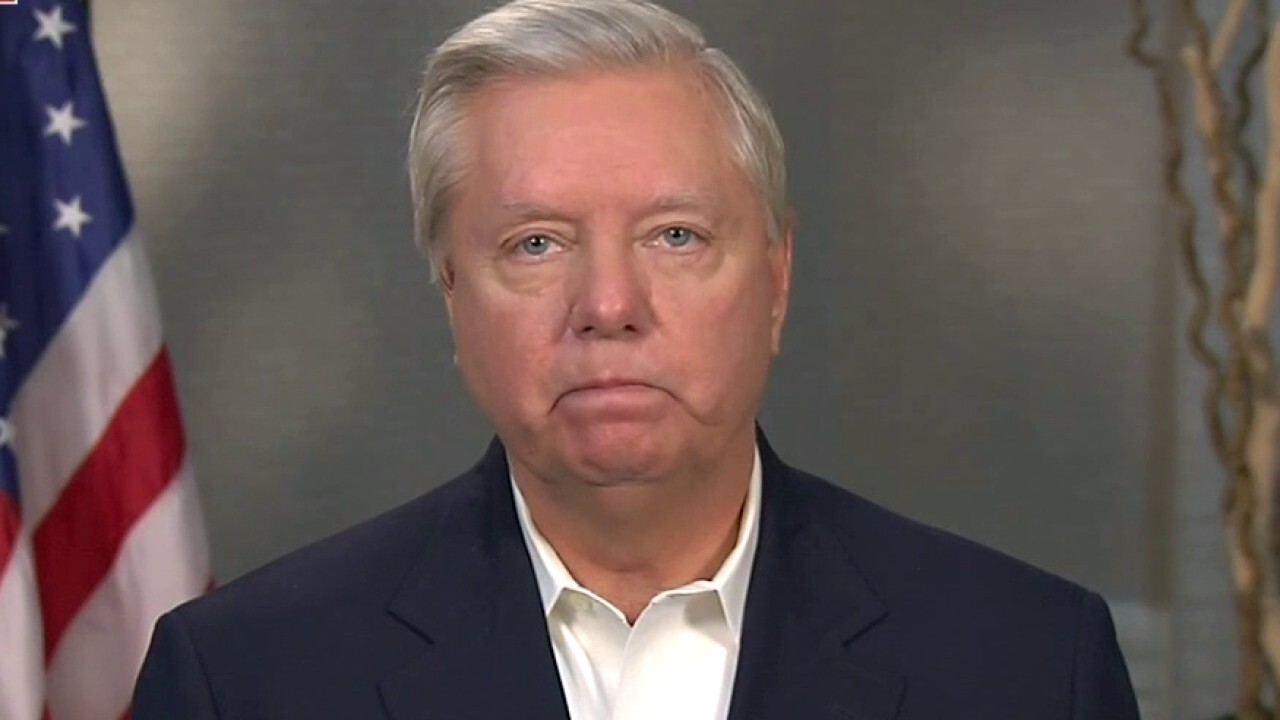 Sen. Lindsey Graham took aim at President Biden after the president’s address to the nation Monday, insisting Biden take more responsibility for the situation in Afghanistan.

“President Biden chose a dangerous and dishonorable path in Afghanistan, and he has no one to blame for this debacle but himself,” Graham said in a statement on Biden’s speech.

“With today’s speech, President Biden reinforced the view he still does not understand the War on Terror or how to protect America from the threat of radical Islam,” he continued. “The speech was a pathetic attempt to shift blame and an unnerving analysis of the situation he – and he alone – created. Contrary to what he may say or think, President Biden has not ended the war in Afghanistan. He is simply creating a new chapter – one that will be filled by Taliban thugs and al-Qaeda murderers.”

Biden spent much of his speech pinning the blame for the deteriorating security situation in Afghanistan on others, most notably the Afghan military and government.

“We gave them every chance to determine their own future,” Biden said of the Afghan military. “What we could not provide them was the will to fight for that future.”

The president insisted that he stands by his decision to have U.S. forces leave the country, arguing that no more U.S. troops should die in the conflict if those who live there aren’t willing to make the same sacrifice.

“American troops cannot, and should not, be fighting in a war and dying in a war that Afghan forces are not willing to fight for themselves,” Biden said

But Biden did acknowledge that the speed at which the situation unfolded did catch his administration off guard.

“Truth is, this did unfold more quickly than we had anticipated,” Biden admitted.

But that acknowledgement was not enough for Graham, who slammed the president for making the decision to pull troops out to begin with.

“President Biden made these decisions against sound military advice, and everything he was warned about is now coming true. The situation we see today is bad and getting worse. I fear the worst is still to come,” he added.

The South Carolina Republican also expressed little faith in Biden’s ability to lead America out of the current crisis.

“Finally, given his record, President Biden is a poor defender of human rights and democracy,” Graham concluded. “These two causes could not have a worse champion than Joe Biden.”

A pair of massive wildfires within 150 miles of each other are terrorizing thousands in northern California two years after Gov. Gavin Newsom cut … END_OF_DOCUMENT_TOKEN_TO_BE_REPLACED