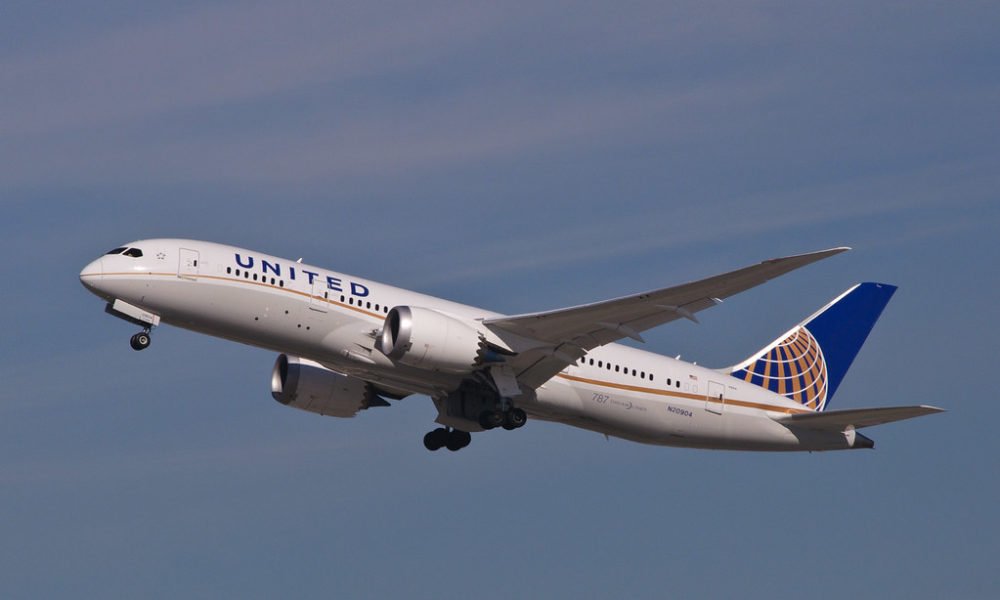 Along with Delta Air Lines and other companies, United Airlines has joined the fight in opposing the recent Georgia election bill signed by Republican Gov. Brian Kemp. Among other provisions, S.B. 202 increases early weekend voting, requires identification for absentee ballots, and allows for drop boxes under supervision.

United joins a group of hypocritical airliners that flat-out contradict themselves by opposing the Georgia bill, since these groups require passengers to show photo ID to board a flight.

“Just like IDs are rightly required to fly on an airplane, they are also required in most states to ensure the integrity of every vote,” House Republican Minority Whip Steve Scalise of Louisiana told The Federalist. “These same woke CEOs who have plenty to say about the voting law in Georgia that is less stringent than the ones in Biden’s home state of Delaware are oddly silent about the human rights abuses and the lack of voting rights in China, where they are more than happy to do business at the expense of American workers and our values.”

After whining about requirements to show I.D. before voting, Jim Crow Airlines weighs in and says requiring I.D. to use its services is just fine. https://t.co/xxruFaogNy

“Our mission is to connect people and unite the world. We believe that one of the most effective ways to do this is to engage in the democratic process, which begins with voting — a vital civic duty. America’s democracy is stronger when we’re all engaged, and every vote is properly counted,” United said in a statement on Monday.

“Some have questioned the integrity of the nation’s election systems and are using it to justify stricter voter procedures, even though numerous studies have shown zero credible evidence of widespread fraud in U.S. elections,” United continued. “Legislation that infringes on the right to vote of fellow Americans is wrong. We believe that leaders in both parties should work to protect the rights of eligible voters by making it easier and more convenient for them to cast a ballot and have it counted.”

If in fact United determines mandating voter ID for absentee ballots “infringes” on people’s rights, it seems the airliner is also infringing on the rights of Americans.

According to the company’s website, “Travelers 18 years of age or older are required to have a valid, current U.S. federal or state-issued photo ID that contains name, date of birth, gender, expiration date and a tamper-resistant feature for travel to or from a U.S. Territory (Guam, Puerto Rico and U.S. Virgin Islands).” Additionally, according to the United website, “Travelers who willfully refuse to provide identification at security checkpoint will be denied access to the secure area of airports.”

Given that the company maintains a strict, zero-tolerance policy for travelers who do not present ID at the security checkpoint, why does United also determine that a bill forcing people to show ID for something much more significant violates “America’s democracy”?

“Any company boycotting or opposing Georgia’s election integrity bill hasn’t read the bill — simple as that. There is nothing in this bill that disenfranchises Georgians; in fact, this bill expands access for voters. Requiring an ID to vote isn’t racist; it’s common sense, and that’s why United Airlines and serval other companies require an ID while doing business with them,” Republican Florida Rep. Byron Donalds told The Federalist. “Democrats are using the dog whistle of Jim Crow to try and convince people of color that Republicans are trying to make it harder for them to vote, this is a complete lie, and it’s a dangerous and irresponsible narrative for the media, Democrats, and corporate America to peddle.”

United Airlines did not immediately respond to a request for comment by The Federalist.

“Whenever you see corporations bending to left-wing politics, you will always find hypocrisy. Whether it’s Disney and the NBA working with China, MLB moving the All-Star Game to a state with more restrictive voting rules and fewer black residents, Amazon opposing vote-by-mail for unionization efforts, or airlines opposing voter identification, the hypocrisy is front-and-center,” GianCarlo Canaparo, a legal fellow at the Heritage Foundation, said.

“Now they are going big time with WOKE CANCEL CULTURE,” Trump said, referring to the “Radical Left Democrats” and corporations bowing down. “It is finally time for Republicans and Conservatives to fight back — we have more people than they do — by far!”

Obaidullah Amin made his way last week to the Kabul airport with his wife, Maryam, and their two children, joining thousands of other Afghans … END_OF_DOCUMENT_TOKEN_TO_BE_REPLACED