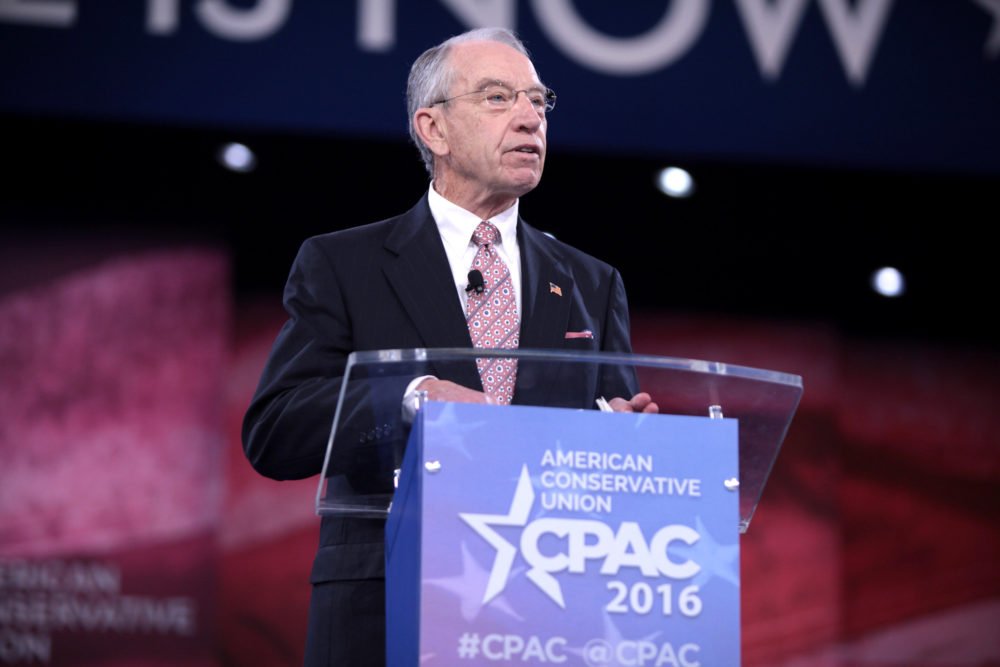 Republican Sens. Chuck Grassley of Iowa and Ron Johnson of Wisconsin pushed the Secret Service for answers last week over the agency’s intervention, as reported by Politico, when in 2018, Hallie Biden — who was Beau Biden’s widow-turned-Hunter Biden’s love interest — tossed Hunter’s firearm into a grocery store dumpster.

“Hallie took the gun to Janssen’s Market, a nearby high-end grocery store where the Bidens are longtime regular customers,” wrote Politico. “There, she tossed the gun, wrapped in a black shopping bag, into a trash bin outside the store.”

When Hallie went to retrieve the firearm, it had gone missing, which raised concerns given the store is across the street from a local high school. Delaware State Police and the FBI both launched an investigation into the missing weapon, along with the Secret Service, according to Politico.

“Any involvement by the Secret Service on behalf of the Biden family or on its own initiative would be inappropriate interference in an incident that was already being investigated by Delaware State Police with the involvement of the FBI, according to law enforcement officials,” Politico wrote.

The report provoked the initial inquiry from Grassley and Johnson in late March.

“In light of the recent press report, please provide all records relating to your agency’s involvement in the alleged October 2018 incident with respect to Hunter Biden’s firearm no later than April 8, 2021,” the top Republicans wrote in a letter to the director of the Secret Service dated March 25.

The response from the security agency was unsatisfactory and matched the response it gave Politico. Secret Service reiterated in a letter to Grassley and Johnson on March 31 that no one in the Biden family was under government protection in 2018 and said the Secret Service “has not located any records responsive to your request.”

“Your office’s assertion that it cannot locate records related to this incident demands further explanation,” the senators wrote. “The Secret Service must explain, in detail, the steps that it took to respond to the committees, including whether your office communicated with any current or former personnel that may have been connected to this incident.”

Johnson and Grassley also requested an update on the agency’s response to their five-month-old demand for travel records related to Hunter Biden in 2015, after his protection was ended.

Obaidullah Amin made his way last week to the Kabul airport with his wife, Maryam, and their two children, joining thousands of other Afghans … END_OF_DOCUMENT_TOKEN_TO_BE_REPLACED