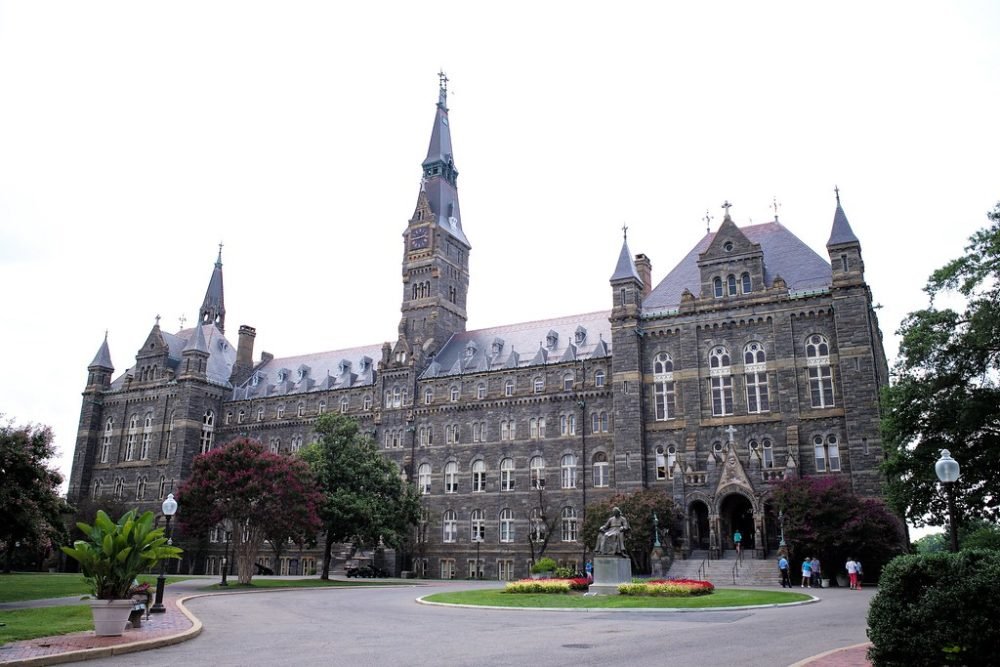 In an email sent to faculty and students Tuesday afternoon prior to the jury convicting former Minneapolis police officer Derek Chauvin for the murder of George Floyd, Georgetown University said Floyd’s death was part of “[m]any incidents of racial injustice.”

“Many incidents of racial injustice over the last year, including the killing of George Floyd, Daunte Wright, Adam Toledo, Breonna Taylor – and too many others – at the hands of police, have left many of us saddened and with a feeling of hopelessness,” the email continued.

Below is the full letter obtained by The Federalist.

Georgetown University Lette… by The Federalist

The letter was signed by senior administration, including the Vice President of Diversity, Equity, Inclusion, and Chief Diversity Officer. While the university claimed “the outcome of the Chauvin trial is uncertain,” it communicated that its position remains that Floyd’s death was racially motivated. There remains no evidence that Chauvin held racial animus against Floyd.

The Georgetown communications office did not respond to a request for comment.

Other schools issued statements abandoning the ideals of due process in the trial, or linked the death of Floyd to racial agendas.

After Chauvin’s conviction, the University of Pittsburgh emailed all staff and students, stating, “The scene catalyzed a national discourse on inequity, injustice and the police and brought new attention to society’s deep racial divides. The need for change—for an honest reckoning with the systemic racism that divides our country—seemed to grow more urgent than ever before.”

The University of Michigan released a statement after the verdict, claiming, “The defense sought to blame Floyd for his own death, invoking racist stereotypes and attempting to distract from the terrifying images we have seen of the murder.”

Some high schools affirmed their commitment to critical race theory in the wake of the verdict. Six public school districts wrote to their respective communities, blaming systemic racism and saying it will continue to implement “anti-racism” and “equity” programs.

A pair of massive wildfires within 150 miles of each other are terrorizing thousands in northern California two years after Gov. Gavin Newsom cut … END_OF_DOCUMENT_TOKEN_TO_BE_REPLACED